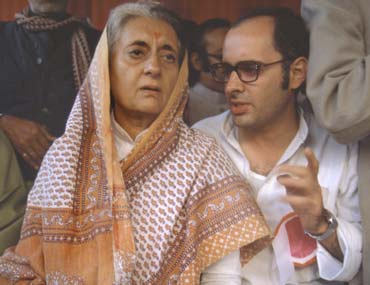 K.S. Nair, a founder-member of RAW, saw it all

In this season of former spies publishing 'tell-all' books comes what looks like yet another trendsetter. For the first time, a former RAW chief has penned his memoirs. It's billed to create a few ripples in political circles and perhaps some embarrassment and heartburn for the ruling Congress party. Kinattinkara Sankaran Nair's book, out in the market in the next fortnight, is simply titled Inside IB and RAW with a slightly eccentric sub-head: The Rolling Stone That Gathered Moss.

Nair can claim to have enjoyed the fruits of some crucial postings, and is eminently qualified to become a unique moss-gatherer. He was one of the earliest recruits into the Intelligence Bureau (IB) and then joined R.N. Kao to set up the fledgling Research and Analysis Wing. Considered close to Kao, and therefore the Congress government of the day, Nair took over as RAW chief when the Janata Party government led by Prime Minister Morarji Desai came to power in 1977. He spent a few eventful months heading the organisation before taking premature retirement in protest against the government's efforts to downgrade him.

But, as the second-in-command from 1968-77, Nair was witness to much political intrigue before and during the dreaded years of the Emergency. The ex-RAW chief has very few kind words for Sanjay Gandhi, describes Indira Gandhi as a "better manipulator" than her political rivals and labels Morarji Desai a "heartless man". Here are some of Nair's revelations: 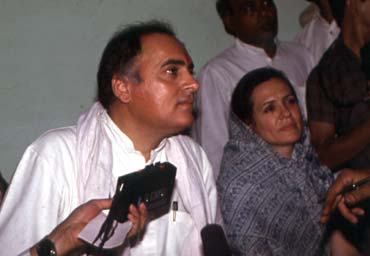 Asylum for Rajiv and Sonia Gandhi

After Indira was routed in the 1977 general elections, she was worried the new Janata-led government would hound her family. This was when she received a missive from the king of Nepal offering her family political asylum. Mrs G almost accepted it. To quote Nair's book: "Mrs Gandhi was on the point of sending her son Rajiv and his family to Kathmandu, in response to the offer of the king of Nepal to give them asylum. Ramji Kao, who was consulted by Mrs Gandhi, advised against fleeing from the country. He also opined that Morarji Desai, whatever his bitterness, would give full physical protection to the family. The advice was accepted and no physical danger ensued for the family." Had Rajiv and Sonia fled India, they perhaps would never have entered politics.

Cronies of Sanjay Gandhi—Indian businessmen and international "wheeler-dealers"—had helped India secure a $250 million soft loan from Iran for the Kudremukh iron ore project in Karnataka. An Iranian, identified as Rashidyan was paid a "kickback of six million dollars". Codenamed 'Operation Casino', the ex-RAW chief was directed to carry the money in 100 dollar bills but he pointed out he would have to carry several large Samsonite suitcases to Switzerland for the purpose. Finally, the finance secretary authorised the Indian embassy there to issue a cheque that he would collect and then deposit in an account specified by the government. Nair writes: "The case was closed without further inquiries being made into the matter." When the issue was debated in Parliament and Nair was sounded out on deposing before a joint parliamentary committee, he agreed saying he'd "be delighted to strip the dhoti of Morarji Desai" instead. Nair's logic is that far from nailing Sanjay, the exercise would have ended up embarassing the Janata regime since the loan had come through.

A Shrewd Mrs G and the ex-IB man

Nair observes that even in defeat, Mrs Gandhi continued to display "enormous courage and fortitude". The book also gives insights into the late prime minister's political machinations to bring down the Janata party government. Besides private secretary R.K. Dhawan, Indira used the services of a former IB chief. Notes Nair: "With the help of loyal aides likes her private secretary Dhawan and ex-dib Rajeshwar, she manipulated to accentuate the differences between the PM Morarji Desai and his No. 2 Charan Singh, till the former was displaced by the latter." Nair says that this move helped the Congress to capitalise on the disarray within the Janata Party and helped the "Iron lady" come back to power.

Sanjay Gandhi: The power behind the sari:

The role played by Sanjay during the Emergency is wellknown and Nair here adds his bit on the scion's "dictatorial" ways, calling him the "virtual ruler, who operated from behind the PM's sari". Nair has a personal grouse against Sanjay and blames him for scotching his appointment as IB director. Having been informed by the prime minister of his new assignment, Nair was summoned to her residence to meet Sanjay. "As was the current practice then, Dhawan, sitting in the PM's residence, showed the file to Sanjay, who wanted to know if the DIB-designate would be loyal and carry out all instructions implicitly and unquestioningly. Late in the evening, I was summoned to the PM's residence (by Sanjay). I refused to go," writes Nair, adding "Sanjay was extremely annoyed at my refusal to turn up". Later, Shiv Mathur, IG of Police from Punjab, was "interviewed, assessed and immediately appointed DIB".

The creation of RAW: the real story

While those tracking the history of RAW will be quick to point out that the IB's failure to predict the Chinese invasion of 1962 led to the creation of a new agency to handle external intelligence, Nair has a different take. According to him, RAW was established in 1968 more out of reasons political than professional. "Indira Gandhi strongly suspected him (then Union home minister Y.B. Chavan) of conspiring against her," writes Nair. She quickly removed the department of personnel and training that controls the IAS, IPS and other cadres from the home ministry to the prime minister and then decided to "weaken the Intelligence Bureau".

A defence ministry paper in 1965 had suggested the creation of a separate foreign intelligence agency and this was "effectively used to strip the IB of this duty". According to Nair, this "separation of foreign intelligence was meant to impair the efficiency of the IB and, therefore, its utility to Chavan as home minister".

Lalit Narayan Mishra, a cabinet minister in Indira Gandhi's government, has been described by Nair as the man who made money for the Congress party through kickbacks in international deals. The book says he was the "genius who advocated the collection of money for the Congress party through under- or over- invoicing tricks, in the voluminous sale or purchase transactions abroad by large public sector institutions like the State Trading Corporation". The money thus made, says Nair, "could be quietly stashed abroad and brought in surreptitiously when required by the party" for elections or other expenditures. "Mishra's own funds were also reported to have been kept in Switzerland, with the help of one of his aides who was given a power of attorney. The aide is supposed to have cleaned out the account, shortly after Mishra's assassination (in 1975)." 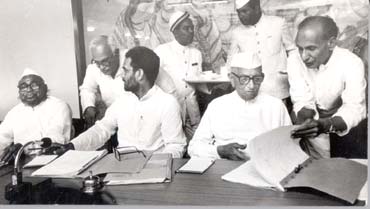 Having served briefly under Morarji Desai as RAW chief, Nair has bitter memories of the former PM. In the US, says Nair, Desai was known as the "recycling agent" for his urine therapy. He describes him an "unkind" and "heartless to others". Nair recalls that as chief minister of Bombay, Morarji was dismissive when informed about his daughter-in-law's suicide. "He is reported to have said 'silly girl' and carried on with the files on his table," writes Nair. However, he does acknowledge Desai as a man of personal courage with incredible physical fitness even in his old age.

While Nair's book has some revealing vignettes of politicians, the bits he has penned on intelligence are worrying. Not only does Nair recount the endemic turf wars between the intelligence agencies, but also the major intelligence failures that have escaped public scrutiny. The failure of the Indian army to gauge the Pakistani military's strengths during the 1965 war is cited as one example. However, he also cites some success stories: Indian intelligence succeeded in breaking the stranglehold of the powerful Rana clan over the king of Nepal. It extended help to Khan Abdul Ghaffar Khan and his son Wali Khan to raise the issue of Pakhtun independence in Pakistan.

Now in his late seventies, Nair's reminiscences also has a few light touches like the recall of his run-in with Indira Gandhi early in his career when he was with the IB. It happened in Amritsar. Nair was looking after the security of Pandit Jawaharlal Nehru and daughter Indira who were visiting the holy city. After one rally, Indira lost her chappals and Congress workers asked Nair to search for the missing footwear. Nair refused. "The next morning at breakfast she was very icy when I visited her," reports Nair.

So why has Nair decided to publish his memoirs almost three decades after his retirement? To put it in his own words: "I came under tremendous mental pressure due to some personal circumstances. To avoid cracking up, I found an escape valve by sitting for hours and typing out my story. The memories were not intended for publication. At worst, I wished to circulate my story among friends for a laugh...."

How I Became A Pseudo - Secularist