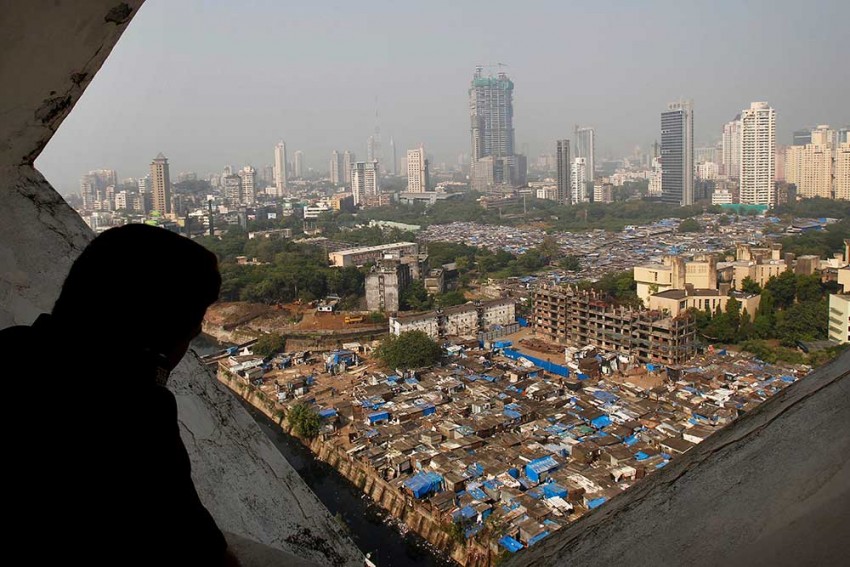 Rule No. 6
‘The worst investment binges tend to be in the property sector’
Photograph by AP
Raghav Bahl July 07, 2016 00:00 IST Spoken Like Savant Superior 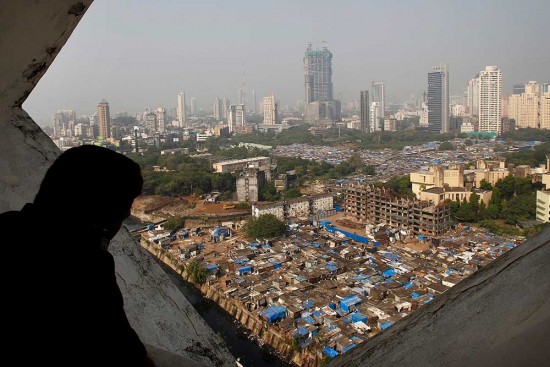 Brexit! A bolt of painful irony hit as soon as I began this review of The Rise and Fall of Nat­ions: Ten Rules of Change in the Post-Crisis World by Ruchir Sha­rma. Both my books, SuperPower? and Sup­erEconomies, which share a tiny lineage with Ruchir’s far more seminal works, are pre­dicated on the irr­esistible and irreversible wave of globalisation. But Brexit has put a violent question mark on, if not fully repudiated, this phenomenon that has reshaped the world.

Brexit shows that the burgeoning flow of capital, technology and people across our planet could freeze in a nativist thrall. And Ruchir may have been prescient about this abrupt brake, since it is implicit in the “basic principles that underlie all the (ten) rules. The first is impermanence.... Trends in globalisation have ebbed and flowed ever since Genghis Khan secured commerce along the Silk Road in the twelfth century”.

Ruchir’s prose is youthful, intellectually flirtatious and lucid, unlike the dense language used in economic tomes.

Why Brexit happened will keep social scientists and political analysts busy for several years, because an apocalyptic geopolitical event cannot be whittled down to a couple of simplistic causes. However, undeniably, “the widening threat of inequality (in) the period of intense globalisation before 2008 (that) tended to depress blue-collar wages” was a combustible trigger. “Popular anger over rising wealth inequality—London is home to 80 billionaires, one of the highest concentrations in the world—has pushed the Labour party to the extreme left.... Meanwhile, the domestic economy in Britain is showing signs of excess: Real estate prices have soared to record highs, rising twice as fast as wages. Tales abound of students from China and Russia renting London apartments at monthly rates higher than the average yearly income in the UK.” Remember, Ruchir wrote this much before British pensioners extracted their brutal revenge against profligate ‘outsiders’.

I have known Ruchir for nearly three decades. My first encounter with him was in TV studios in the mid-’90s. He was then a bright, enormously articulate and telegenic investment analyst working for a relatively small securities outfit. I tried to ensnare him in our world, offering him the job of a business show host. I am glad he did not succumb—although he did go on to make waves in the world of television in New York, as the bright guy from Morgan Stanley and bestselling author on CNBC and Bloomberg.

Over these years, we have constantly sparred, and indeed often disagreed, on the state of play. In the go go years of 2007/8, we would have lively differences. Ruchir believed that China’s—and more so, India’s—‘economic miracles’ were almost entirely because of the global whirlwind of “easy money pouring out of Western banks, spiking prices of commodities, and soaring global trade”. But I was a bigger China and India bull than he was. I believed China had created an “escape velocity of growth” with its investment binge, while India, the tortoise, was effecting slow but robust reforms, much more arduously, within an adversarial democracy. 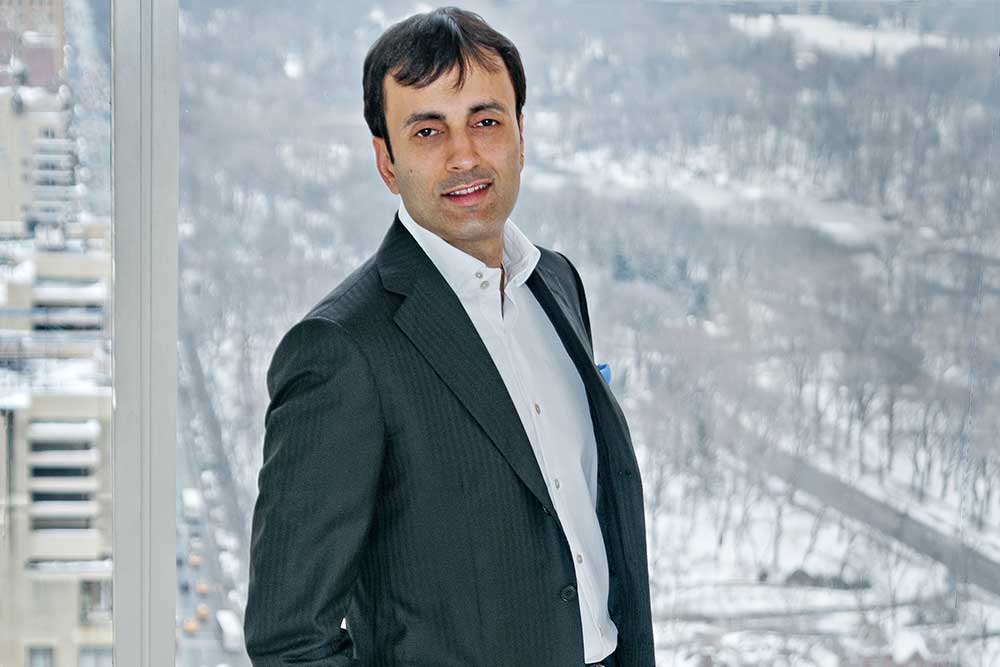 While both of us agreed that China was heaving precariously under a mountain of debt, I believed (and still do) that China could glide within the slipstream of its $3 trillion plus foreign currency reserves to a soft landing. In one of our exchanges, Ruchir was quick to try to disabuse me of that notion—he rattled off the experiences of several countries which got mangled in a debt trap despite their treasure trove of dollars. Even here, he says, “China has yet to even begin the process of de-leveraging, or cutting back debts, which are still growing at a pace of 15 per cent a year, more than twice as fast as the economy.”

As for India, I have seen Ruchir slowly ratchet up his optimism. We held pretty divergent views in 2014 about an imminent Modi impact on India. While Ruchir was never too enthused, I was, as usual, much more bullish. Today, I am a bit chastened by the unexpected resurgence of ‘state capitalism’ under Modi, but Ruchir appears to be more willing to cut the prime minister some slack now. “India ranks in the ‘good’ category on 5 of the 10 rules,” he said in a newspaper interview.

Long before Brexit, Ruchir wrote about the threat of inequality in a period of intense globalisation before 2008 that tended to depress blue-collar wages.

Ruchir’s prose is youthful, intellectually flirtatious and lucid, most unlike the dense language used in economic tomes. I love the way he weaves in history, cheeky humour and the touch-and-feel realism of a travelogue—most evocatively, a jungle safari. “Big cats are programmed to survive by conserving energy, not to waste it in constant motion.... And they don’t panic over cyclical turns in the weather.” His wit is crackling when he divides his book between BC—Before Crisis (2008)—and AC, After Crisis. I guffawed audibly when he rechristened BRIC (Goldman Sachs’s much celebrated, but derided post 2008, acronym, ie the Brazil/Russia/India/China super performers’ club) as “bloody ridiculous inv­estment concept”. He packs in big data unobtrusively, for example, “After surging for more than three decades, flows of capital reached a historic peak of $9 trillion and a 16 per cent share of the global economy in 2007, then declined to $1.2 trillion or 2 per cent of the global economy—the same share they represented in 1980”. In a silky punch to the solar plexus, he tells you how precipitously, perhaps irretrievably, the global economy has somersaulted into an autarchic repast.

One, a “critical cause of the missing growth was, of all things, a shrinking supply of people in the active workforce.”

Two, “the fortunes of a nation are likely to turn for the better when a new leader rises in the wake of a crisis.”

Three, “it is the rise of an entrenched class of bad billionaires in traditionally corruption-prone and unproductive ind­ustries that is likely to choke off growth and to feed popular anger on which populist demagogues thrive.”

Four, “In recent years, many countries have been raising the government share of the economy to bloated proportions...and enforcing insensible rules in an unp­redictable way that make it difficult for private companies to thrive.”

Five, “to carve out a geographic sweet spot, a country needs to open its doors on three fronts: to trade with its neighbours, the wider world as well as its own provinces and second cities.”

Six, “the best investment binges are those that go toward manufacturing, technology and infrastructure...the worst binges tend to be in the property sector.”

Seven, “watching the prices of stocks and houses is as important as tracking the price of onions.”

Eight, “when the current account is back in surplus, and the country is once again pulling in enough money from abroad to cover its foreign bills, it’s a sign of an impending turnaround.”

Nine, “rising debt levels can be a sign of healthy growth, so long as debt is not growing too much faster than the economy for too long.”

Ten, “the most-loved nations will rarely have the best economic prospects in the next five to ten years.”

Ruchir’s ten rules are terrific nuggets of instinct, intellect, history and common sense, but hardly the kind of academically rigorous theorems that win the Nobel. What is outstanding, of course, is the rich feast of anecdotes, real-world examples, ‘oh, wow’ data mining, imagery and lyrical prose that ties it all up into a book that you will keep easily accessible in your library, because you will need to reach out for it to understand geo-economic events as they unfold. But once that small window of time is over, as per the author’s own conviction, it will be time for another book, another set of rules, another narrative. You can then move this book to the upper, more ornamental rack.

For over 15 years now, Ruchir Sharma and a group of mediapersons have been travelling in   poll-bound states, meeting leaders and talking to people. The trip to UP next year will be their 25th. The group does a poll prediction, and   so far the majority has got the winner right.