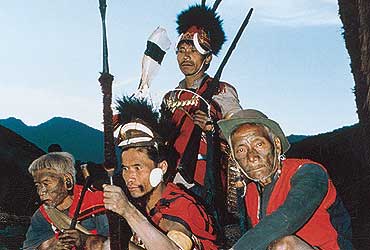 Here is what the political landscape looks like in the three states a week after polls were announced:

NAGALAND: In 1998, it was virtually a walkover for the Congress under chief minister S.C. Jamir—it had won 56 of 60 seats. All other parties, responding to a boycott call from Naga pressure groups, had not participated in the elections. But this time a contest is on the cards. A BJP-led front—the Nagaland Democratic Alliance—has been formed which, crucially, has the tacit support of the NSCN(I-M).