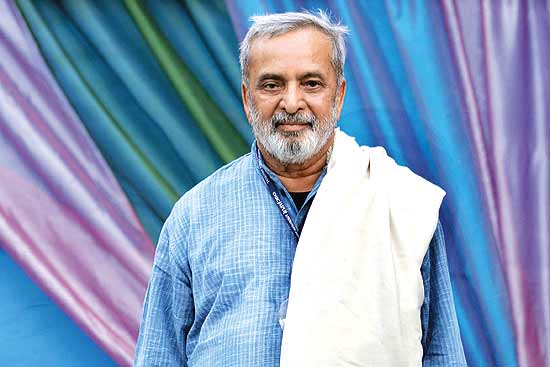 Earlier this year, Udipi Rajago­pa­la­charya Ananthamurthy (URA), the Jnanpith award-winning Kannada novelist, educationist and public intellectual, had declared that he would not live in an India run by Narendra Modi. This had provoked lacerating responses from right-wing Hindutva supporters. URA breathed his last on August 22, 2014, before the Modi government completed 100 days in office. Chandan Gowda of the Azim Premji University had interviewed the litterateur for an eight-part Doordarshan series, telecast in June and July. It is possibly URA’s last major interview. Excerpts:

What parts of the Gandhian legacy are important for you?

His suspicion of the modern world system is one. The modern world system will destroy the earth, will destroy the sky, will destroy the balance bet­ween nature and man because it is very greedy. Gandhi’s rejection was sometimes extreme. But extremes can open the gate of heaven, that’s what they have said. So Gandhi exaggerated at times, but in the main you know that. He used trains all the time. But he said we could live without trains. He rightly feared centralisation. Gandhi was also friendly towards nature. There are many valuable Gandhian ideas. The whole idea that small is beautiful comes from Gandhi. So he wanted such ideas to govern the whole country. He didn’t like big buildings.

How do you view Nehru’s legacy?

I can still say primary education should  be nationalised and that the healthcare system should also be nationalised. Where do I get these ideas from? I get them from Nehru and, later, Indira Gandhi. We get something very wholesome from the Nehruvian tradition.

What has Ambedkar meant for India’s politics in the 20th century?

I think nobody can help the Dalits reg­ain their self-respect as much as Ambedkar can. Gandhi makes them regain their self-respect, but when they regain it, you know, they will be softer than what they are. But with Ambedkar, they can be themselves and still get self-respect. Ambedkar was a socialist and had a legal mind. His becoming a Buddhist is very important for me. It’s not merely a political act. It’s a deep act of self-purification. So Gandhi and Ambedkar began with two different directions but they meet at one point, wanting spiritually enhanced visions.

Lohia has meant a lot for you as a writer and thinker. How do you evaluate Lohia’s criticism of tradition?

I learnt a great deal from Lohia—to become what I have always called a critical insider. Lohia was a very great critical insider. He absorbed a lot from India’s spiritual traditions. He has written a great book, Interval During Politics, which has essays on Valmiki, on Vyasa, on Rama, Krishna, Shiva. They are great. Another great essay called Lessons in Yoga shows he was deeply rooted in tradition. He knew his Shankaracharya too. But he was very critical of the Brahminical element, which becomes more and more important as Indian civilisation evolves. He was also critical of the Shudras behaving in Brahmin ways. His opposition to English as a language of knowledge was important to me.

Lohia was able to produce more pol­itical leaders than Nehru did. Nehru inherited his friends from his party, but Lohia created a new leadership. You find it in Uttar Pradesh and Bihar. Mulayam Singh Yadav and Laloo Prasad Yadav, for example, are products of Lohia’s movement. And Karnataka too has seen many fine socialist leaders. Unfortunately, the socialist leadership became populist in some places. Lohia himself was critical of these trends. He wanted some anarchy so that India kept thinking of alternatives.

How have you understood your relation with the Hindu dharma?

I am a Hindu, but that is an absurd thing to say. I mean, there is nothing like a Hindu. I should say I am a Brahmin, to be very exact. But that doesn’t describe me either, because I have given up the ritualistic part of the Brahmin religion. I am a Hindu in a broad way, in the sense that all of us believe that the Ganga is sacred, that the Ramayana and the Mahabharata, our two great epics, and the Upanishads have deep spiritual insights. All this I believe. I believe what my ancestors believed, that is, there is not one God but we can imagine several gods and describe them in different ways.... Hinduism is also difficult because it is based on hierarchies.

Has anything about Indian politics struck you as mysterious?

The fact that if you are an ascetic and if you have given up everything, you can go beyond language, religion, caste, and appeal to the whole country. You know when Gandhi emerged, it was a mysterious thing, because he was neither a Bengali nor a Maharashtrian. All great leaders until then had come from eit­her Bengal or Maharashtra.

How do you understand the need for swaraj in thought in India today?

I an not too passionately involved in what they call the desi, because you will not find the pure desi when you search for it. It is based on Sanskrit; it is mixed with Persian; it’s linked with different rulers at different times.  There is nothing pure even in our folklore. Therefore, I am more a follo­wer of Pampa (the 10th century Kan­­­nada Jain poet), who wanted to combine the desi with the marga.

"I should perhaps say I am a Brahmin, but that does not describe me either, for I have given up the ritualism of Brahminism."

All my writing is a combination of the desi and the marga. I have perhaps more marga in me than desi. But there is something like swaraj in ideas. I have a feeling that we have become second-rate imitators of the West. There was absolutely no original thought in India, except for Gandhi, over the last two centuries. He was the only original thinker and he had the courage to imag­ine a world without railways, without technology, without whatever Britain brought to India. He could conceive of a world without these and hence some kind of swadeshi chintana was possible for him, that we can survive without the aid of the West. That we can be intellectual without depending heavily on western thinkers.

What are the challenges facing someone who chooses to write about India in English?

Anyone who writes in English should be deeply knowledgeable about at least one Indian language. I say this for all journalists too. You cannot be an English journalist in Karnataka unless you know Kannada. Similarly, for anthropological, sociological and other kinds of writing.  I think it is very necessary to know how people think, how people feel. You should be able to grasp that. And an ins­tinctive grasp becomes possible if you know the language of the people.

Does it matter very much to you that people like you?

I enjoy being liked. Though I am ill, I forget I am ill because of the affection and warmth I get from people who read me, who remember what I write, who write me letters. I like it very much.

Could you tell us how you would like to be rem­embered?

As a Kannada writer. For having made a contribution to Kannada through my works...that there are many younger writers who will get something from me, because I have brought whatever I could from my own past, from my Brahminical past, from the European world, from my various experiences, and from my probing of my own self into the Kannada language. It might be a threatened language in the modern world, but I have worked against the threat and that is an achievement. I would like to be remembered as a teacher, as a writer.