Enraged you get. Yet, let the accused tell his side of the story. 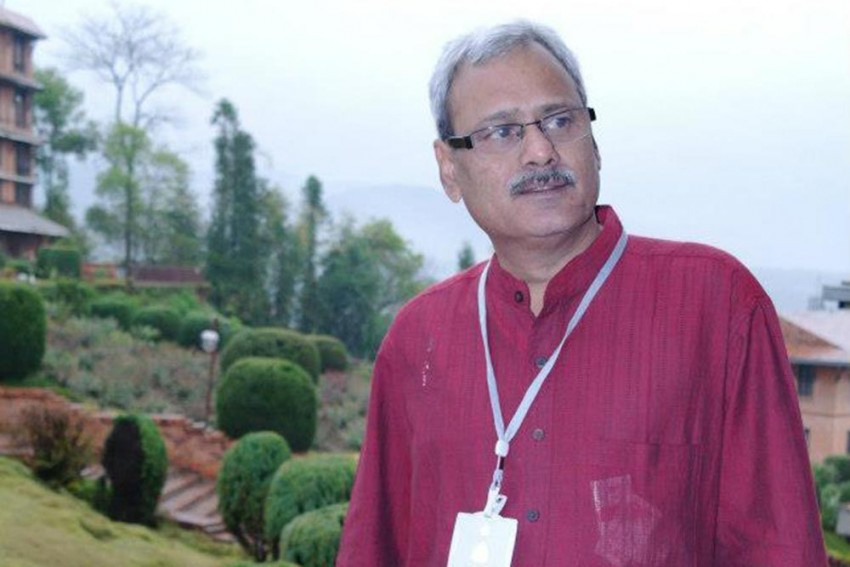 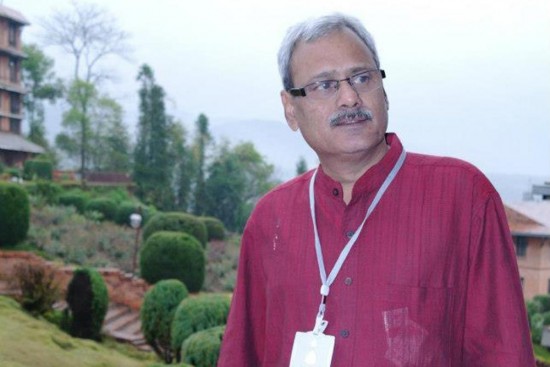 I have no love lost for an entitled JNU professor accused of being a serial sexual offender. I app­laud the women who have stepped up to file eight separate FIRs against him and will be rooting for the cases to reach a conclusion soon. But there was one thing that I couldn’t bring myself to root for: the protest against his bail.

Every time I see the circus erupt around a case of sexual abuse, I’m reminded of the keenly contested debating competitions in my school days. The deb­ate was more about the debater than the topic under discussion. The validity of arguments and the veracity of facts were not important: you’re considered a star as long as you demolish your opp­onent with impassioned one-sided arguments. Such sharply divided binaries make for entertainment, but in real life they can leave huge chasms that sometimes swallow living human beings.

Khurshid Anwar was swallowed by one such gladiatorial debate that allowed no space for logic, facts or due process of law. His was one of the first cases of the now-familiar sport called media trial. In September 2013, Anwar, then director of an NGO called Institute of Social Democracy, was accused of raping a junior colleague.

Born-again feminists fail to be patient in their brand of activism, ignoring due diligence we must follow.

When I heard about the rape accusations, my first reaction was, “Yuck, him too! You can’t trust anyone.” I had known Khurshidbhai as my father’s student and one of the younger and cooler leftists in my father’s circle of serious intellectuals. He was a “fun leftist”, an irreverent atheist who got under the skin of communal Muslims. He was also a fearless baiter of Hindutva loudmouths and rejo­iced in the abuse from both sides. Though not much older, Khurshidbhai was friendly and affectionate like an elder brother.

All sexual offenders happen to be sons, brothers, fathers or husbands of other women; so I do not suffer from the illusion that a person appearing to be ‘nice’ and ‘respect-worthy’ cannot ever  be an abuser or a rapist. Family members, friends and colleagues of an abuser are often exposed to the golden side of his personality that contrasts starkly with the experience of the few they target for predatory sexual behaviour.

That was my starting point when I heard of the accusations. But as the story started unfolding, the facts didn’t seem to add up. In the forefront of this drama were some self-appointed champions of the girl who appeared more interested in mudslinging on social media than bringing criminal charges against him. There was a palpable sense of self-­importance as they bandied around on social media, with little concern that their verbal duels could expose the young woman’s identity. Instead of going to the police they took the story to a woman journalist, who has ideological differences with left-wingers. She made a video of the girl’s statement, with her face clearly visible on camera—a questionable legal procedure in a rape case—and soon that CD found its way to many personal computers and a media channel.

We are now familiar with electronic media trials and social media lynching in rape or sexual harassment cases as part of the new world culture. But in 2013, the route was not so familiar. Had it happened now, perhaps the outcome of this entire case would have been less tragic. We are now more aware of the media circus where ‘born-again feminists’ perform verbal calisthenics to display their gender sensitivities in daring manoeuvres, and somehow manage to place themselves at the centre of the story. They become the “voice” of the victim, to the extent that the victim loses her voice. They have no patience for procedure, and consider themselves and their outrage squarely above the ‘due process of law’. They deal out generalisations as specific accusations, and in this gladiatorial debate, disagreeing with them on facts of one case turns you into an opponent, a misogynist and a supporter of sexual harassment in general.

‘Men in powerful positions feel entitled to sexual favours from women colleagues’. True, but did he? ‘A woman who is drunk is not in a position to give informed consent’. True, but did he break that rule? ‘Too many men have abused too many women, we will not remain silent.’ True, and more power to us, but did he? ‘When one of us is accused, we take his side, this time we won’t.’ True and bravo and we need more people like you—but was he rightly accused?

A few committed activists and feminists tried to bring some sanity to the situation. They made atte­mpts to reach out to the victim and offered her legal support if she wanted to follow through on her accusations. Some of them, respecting the girl’s right to privacy, refused to watch the CD because they weren’t sure if the victim had given her consent that the visuals could be shared with them. These activists advised patience till the victim was ready to take a stand. But the rallying ‘born-again feminists’ accused them of dilly dallying because the procedure is not sensational enough. In any case, born-again feminists routinely confuse sen­sationalism for activism. They are unaware that activism requires patience, due diligence and it has to be about the victim not about them.

Anwar stepped down from the directorship of ISD and req­uested the namers and shamers to file a case against him, so that he could get a chance to defend his reputation formally in a court of law. When the social and electronic media circus continued and still no case was filed, Anwar himself filed a defamation case against some of them. Till his death in December 2013, the only incomplete legal procedure in the case was this defamation case that Anwar filed.

No one else was interested in the legal procedure. Much like the witch-hunting of 15th-­century England, an accusation was enough. A woman accused of practising witchcraft to cause an unborn baby’s death in the womb had to prove she didn’t do it, and more often than not, she failed. And then the respectable elders of the village, the self-righteous upholders of lynch law, tied her to a stake and burnt her to salvage her soul. They were good people. Moral. Their actions were justified in the eyes of the mob.

Back in India, Anwar was virtually chased by the lynch media to climb up to the roof of his third-floor flat in south Delhi, and jump down to his death, the bones in his body matching what was left of his battered reputation. Was he falsely accused? Did he really commit the crime he was accu­sed of, we will never know. As the shock and grief over his death abated, so did the interest in the case.

The rage against sexual harassment is a part of most women’s psyche; it is easy to understand why instant justice appeals to some. But heinous as it is, predatory sexual behaviour cannot be prevented or avenged by real or virtual lynch mobs. Fighting for rights cannot include injustice or trampling on the rights of others. Even if we have absolute belief in someone’s culpability, the accused still has the right to tell his side of the story. Believing in the word of the victim does not overrule the right of the accused to defend himself. It’s tedi­ous, it’s frustrating, but it is called the due process of law and we cannot dec­ide to side with vigilante justice in the name of feminism. So whatever my instincts might say about the accused JNU professor, believing in the rule of law makes it incumbent on me to recognise his right to seek bail.

The other important lesson to learn is that the media, as it stands today, has no real interest in gender issues—its only interest in a rape or sexual harassment case is how well they can squeeze it for TRPs. If the media had real unbiased inv­olvement in addressing gender issues, why has it not shown any interest in the recent serious and reasonably well-corroborated accusations of sexual harassment against a JNU professor? Is it because he’s too drab to generate sensational interest or because his allegiance lies with the ruling disposition?

The only way ahead in this case is the only way ahead for any other case: due diligence and projecting the law—not the person. That’s how long-term victories are won. Sensationalism has never stre­ngthened a cause and it won’t help gender justice. The least we can do is to ensure that if the acc­usations are not corroborated, they are at least concerted and reliable.

(Sehba Imam was head writer for Sesame Street’s Indian show Galli Galli  Sim Sim and is co-author of the memoir Ocean to Ocean.)

A Letter To My Daughters