In Outlook this week, a diary from Cape Town. 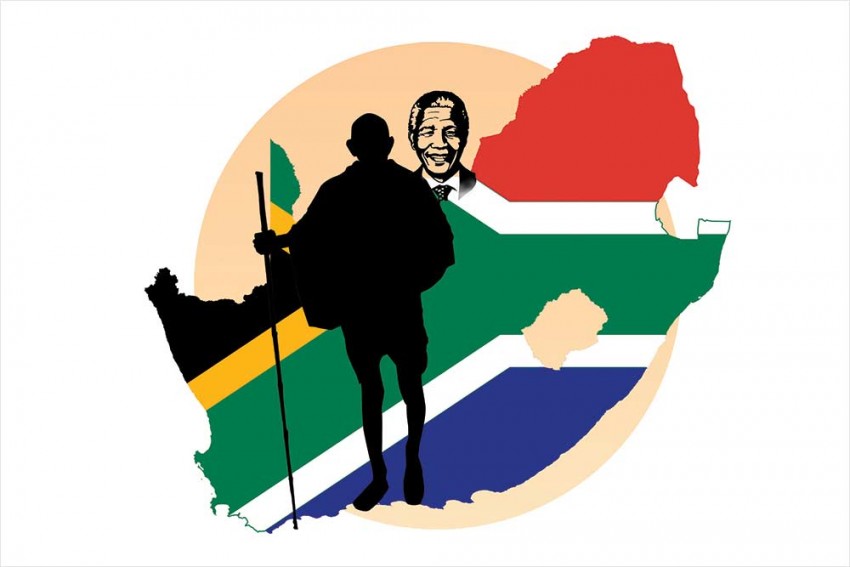 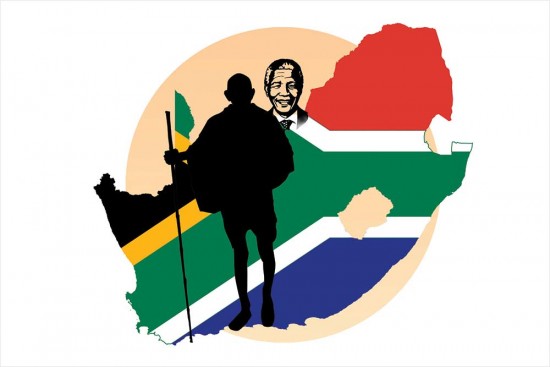 We were on our trip to South Africa in a tourist capsule. Arriving in and traveling around Cape Town, it was easy to see why many call it the most beautiful city in the world. Cape Town is an exquisitely planned city that off­ers expansive views of precipitous cliffs, azure Atlantic waters, frolicking beaches, extensive vineyards, lush meadows, tree-lined streets and pretty houses. However, bursting thr­o­ugh the initial euphoria we see a city and a nation struggling to overcome the legacy of Apartheid. To my eyes, there was not even a semblance of the blending of cultures two decades past the repeal of Apartheid.

Inside the city, middle class and upper middle class houses are secured by thick walls and electric fences, while the Khayelitsha (a congested township) tee­med with scrap metal dwellings. Even as Victoria and Alfred Mall is cited as Cape Town’s Number 1 tourist destination, Robben Island and District 6 stand as dark reminders of a “sunken place”. Faul­tlines among the Rainbow Nation’s communities are exa­cerbated by the snarled up dynamics of joblessness, drugs, crimes, fear of the future, private security agencies and more—behind the media-orchestrated BRICS bravado.

The Indian names that have maximum cur­rency among South Africans are Gan­dhi and the infamous Gupta brothers. Even as Gandhi is increasingly unfashionable in India, South Africans retain a sacred memory of the young Indian barrister. Johannesburg has a statue of the ‘clothed’ Gandhi in the precincts of his erstwhile office. A visit to Satyagraha House, Johannesburg, Gandhi’s home dur­­ing 1907-1909, was a deeply moving experience. The place is now a museum and a guest house run by a French firm.

A day’s drive down the Cape Peninsula took us through the mood swings of the southern winter. By the time we got down to Cape Point, the sea was just howling and billowing and the skies were in their brooding best, conjuring up rugged scenes from long ago—of the unforgiving lives of craggy skippers and their mutinying crew.

Bartholomew Diaz was the first European to sail around the tip of Africa, in 1488. Ten years later, Vasco da Gama landed in Kappad, Calicut, establishing the sea route to India. At the Bartholomew Diaz complex at Mossel Bay, apart from the Bartholomew Diaz Centre, stands the famed ‘Post Office Tree’, a milkwood tree that had been used as a collection point for letters written and news exchanged by explorers and traders since the 1500s. In the same complex, curiously, stands the first place of Christian worship in southern Africa—a chapel built in 1501 by another voyager, Juan de Nova. The site marker at the spot reads that Juan de Nova “had found a message in a milkwood tree warning him of trouble at his destination in Calicut, India. He was so grateful for the timely warning that he erected a small chapel or hermitage as a gesture of gratitude to the Lord”.

You Can Take A Man Out Of South Africa...

A fan of Julius Malema (the pan-Africanist politician) and the radical Winnie Mandela in his younger days, Les, our Black taxi driver in Johannesburg, chuckled at the coinage of the word ‘reverse racism’. “After Apartheid, they are just resentful that they have to now address us as ‘sir’ and ‘madam’.”

However, our affable 60-year old tour guide in Cape Town and Knysna said that 54 murders are reported daily in the country. Four years ago, she had moved from Cape Town to idyllic Knysna for the safety of her 90-year-old mother. Her modest house, up on a hill merging with the surrounding greenery, had just a dirt road leading to it—“so that nobody bothers to go up there”. I wondered how her life would turn out to be if her parents had not moved from Austria to South Africa when she was still a baby. Despite her demanding job and security concerns, she vows, “I am African. This is where I belong.” Young White waiters at the hotel in Cape Town talked of families they have to support with their dwindling incomes. Daniel, a youngster, said, “I have gone job-hunting to the US. I found America soulless. I belong here.” Yet South Africa’s Whites are today fleeing for a double passport from their erstwhile countries of origin.

No Carping In The Cape

A pride of lions lazing in the evening sun after a sumptuous meal still pre­sent an iconic picture in the African national parks. However, today, South Africa earns millions of dollars with its recreational big-game hunting business. Trophy hunters take aim at the majestic king of the jungle, which is reduced to a pathetic, drugged creature within an enclosed area. Sure, South Africa dazzles with its flora and fauna and dramatic landscapes fit for myriad adventure activities. It also offers great food and wine. Property prices are comparatively low in Cape Town. Anyone interested?