The daughter of the Tamil superstar on Sultan, her 3D animated film on her father 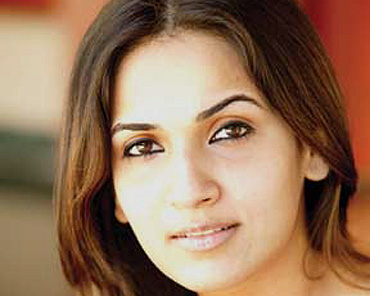 Sultan is India’s first full-length 3D animated film featuring a live action hero. With it, I hope to set a benchmark in Indian entertainment.

Why an animated feature film?

I decided to do something that has never been attempted before. It is true Indian content with an international quality. Wanted to make history (laughs). Centuries later, dad will be the first Southeast Asian actor to be animated.

What special effects have you used?

There are a lot of special effects in the film, and some in the trailer. SFX is a part of 3D, it’s all computer-generated imagery.

You are your father’s biggest fan. Is the film dedicated to him?

How did you hit upon the idea?

I have always been a creative person. I started Ocher, my VFX company, two years ago. With Sultan, we are venturing into animation. If you’re attempting something different in entertainment, there needs to be an interest factor to it! That’s why the sultan himself.

How is it being the daughter of a superstar?

It is a blessing! He is the best!

Why did you choose a career on the other side of the camera?

Always been interested in technology and creativity! Acting, honestly, is not my game!

Has your training abroad helped?

Studying abroad was an amazing experience but I learnt much more once I started working.

Can we expect something different from you each time?

Once I complete Sultan, I plan on making it a game. Ocher will expand into programming and R&D in this space. I am also working on a script; my next film will be live action.