Sound Of The Scarlet Waves 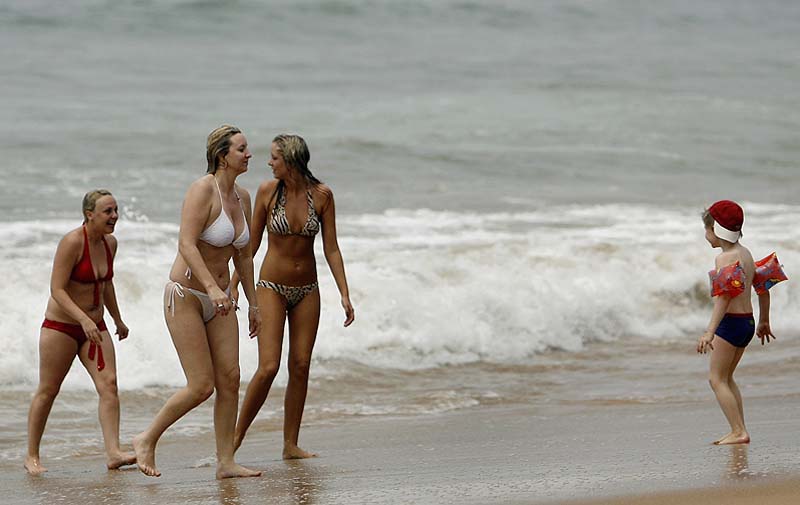 Kishwar Desai has the knack of hitting on exactly the right subject for her books at the right point of time. She’s done this three times now, starting with gendercide in Witness the Night, womb-renting in Origins of Love and now unsolved rape in The Sea of Innocence. Perhaps you could put it down to a journalist’s nose for what makes news, since Kishwar is a columnist with television experience to her credit. Of course, it’s too much to expect that Kishwar would have predicted the ‘Nirbhaya’ incident and, as a matter of fact, that occurred as the book was going to press and was written into the commentary of the work, to provide ballast and forceful substance and that to a book that was on a similar subject.

Like the other two novels, this one too centres on Simran Singh, the NGO female investigator who blunders in tactlessly wherever possible, aware that she is sticking her neck out, with no police back-up or any kind of help, except for the men she manages to flag down. The Sea of Innocence puts Simran in booming Goa against the background of the Scarlett Keeling murder, with beach shacks, tattooed women and long-legged blondes in printed sarongs. She is being pursued by her old love, police inspector Amarjit, who sends her a disconcerting video of a 15-year-old girl being assaulted by various men and who wants her to ask around after the girl, Lisa Kay, who has disappeared. Simran is determined not to get involved, especially since she is on holiday with her adopted daughter, Durga, from Witness the Night. Events, however, force her into the investigation.

Kishwar has you flipping through the pages so easily that you rarely stop to wonder why Simran is so ham-handed about her interrogations. She blunders in where angels fear to tread, fully aware that the situation is potentially dangerous and then in an endearingly puzzled fashion wonders why her subject retreats or turns hostile: as in her unsuccessful interrogation on the floating casino Tempest, which only results in her and her male friend being evicted from the boat by the bouncers, though she does manage to catch sight of a suspicious politician and acquire yet another grim video from a withheld number.

Simran realises it's not only white women who’re drugged in Goa's hippy world. Locals can be victimised as well.

What makes Simran such a draw is probably the fact that she is not a superwoman or even a supersleuth. Endearing and fallible, she flops around in a shocking pink sarong, hiding her over-developed curves, and stumbles into all kind of situations, surviving murder attempts in a seriously ditzy kind of way. Dumb she is not, but she manages to be an everyday kind of woman with a soft heart that gets in the way and an increasing list of lovers—everyone who thought she would get together with Edward from The Origins of Love is going to be disappointed. About normal for the liberated Indian woman of today.

She also realises that it is not just white women who can be drugged in Goa’s trippy, hippy world; it is possible for locals to be victimised as well. Rape is not just about the colour of one’s skin, and it intrudes violently into Simran’s peaceful world in the shape of phone videos.

Kishwar is familiar with Goa, so she has at her fingertips all the statistics of assaults against foreign women, the Russians, the English, and the resentment of the locals at all those who have converted an Indian destination into a hippy paradise. She uses her research to lend substance to Simran’s search for Lisa Kay—though again I’m temp­ted to wonder why Amarjit fades out of the picture, unless it’s to give the rom­antic Dennis room, and why two ex-police goons are the only cops evident.

The cast of characters is predictable too, given the location, nasty and venal politicians, white musicians, fortune-tellers and all the beach shack flotsam and jetsam. Not that it detracts from anything unless you’re being choosy. Like Kishwar’s other novels, The Sea of Innocence gives you a glimpse into the fragility of the world of women and tries to provide some of the reasons why this is the case.

Kishwar is not preachy, manages to be entertaining and, on occasion, she shocks. Most readers, one dare say, would be satisfied with that.