Sonia Gandhi: Legend Of The Renunciate | By Shashi Tharoor 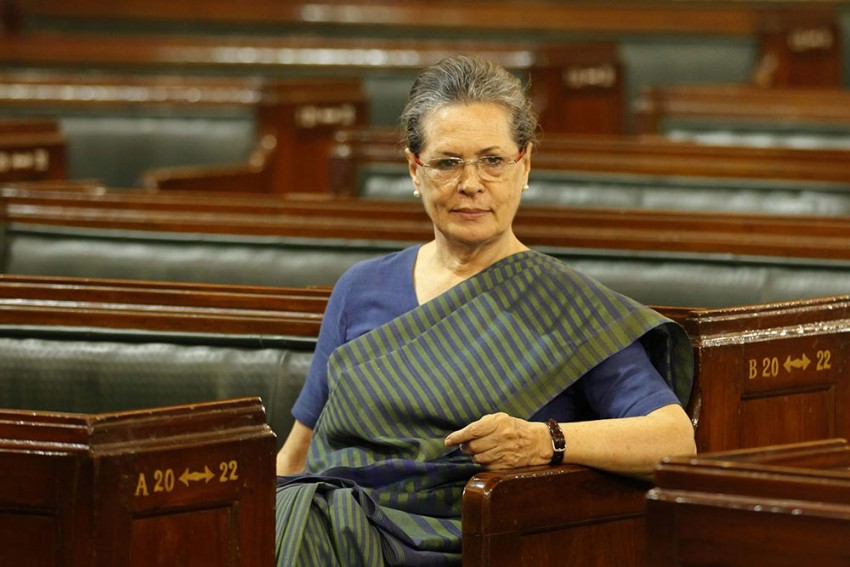 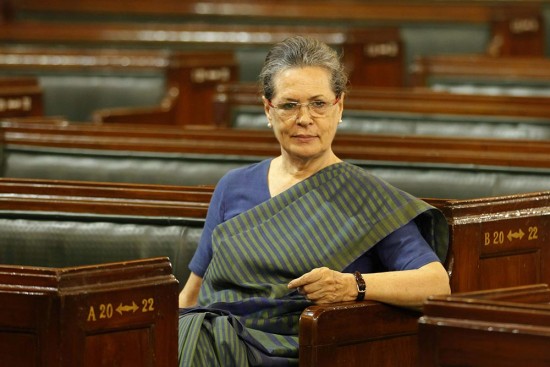 As India turns 71 next week, Outlook zeroed in on 21 individuals who have made a lasting impression on this country – for both good and bad – so far in the 21stcentury.  And we got 21 equally important personalities to write on the 21 individuals we chose.

In this column, Congress MP Shashi Tharoor writes on Sonia Gandhi.  "She prefers to remain behind the throne, walking with the common peasantry, rallying the people but leaving power in the hands of her grey-haired viziers," he says.

A novelist, seeking to tell the story of Sonia Gandhi, might be forgiven for seeing a fairytale element in the narrative. Beautiful foreigner comes to strange new land and marries handsome prince. They enjoy years of bliss, until the prince is obliged, in painful circumstances, to take over the kingdom, and discovers the harsh realities of ruling a turbulent realm, culminating in the unspeakable tragedy of his own assassination. The queen retreats into silence and mourning, until the insistent supplications of her courtiers compel her to emerge and take the destiny of the kingdom into her hands. Bliss to triumph to tragedy to triumph again—a classic tale: I should have begun this foreword with the words “Once Upon A Time.”

And yet—there is a twist in the tale. For the queen, offered the crown on a brocade cushion, turns it down. She prefers to remain behind the throne, walking with the common peasantry, rallying the people but leaving power in the hands of her grey-haired viziers. They don’t write fairytales like that, not even for the woman once dubbed by an unkind observer the “Cinderella of Orbassano.”

The story of Sonia Gandhi is remarkable at every level, and the fairytale metaphor barely begins to scratch the surface of its extraordinariness. But which story is the one to tell? That of the Italian who became the most powerful figure in a land of a billion Indians? That of the reluctant politician who led her party to an astonishing electoral victory that not even her own admirers could have foretold? That of the princess, used to privilege, who became a national symbol of renunciation? That of the parliamentary leader who rejected the highest office in her adoptive land, one she had earned by her own hard work and political courage? That of the woman of principle who demonstrated that one could stand for the right values even in a profession corroded by cynicism and cant? That of the novice in politics who became a master of the art, trusted her own instincts and discovered she could be right more often than her jaded rivals could ever have imagined?

In the many attempts to unwrap the enigma, from Spanish novelist Javier Moro’s sensationalist The Red Sari to Congress politician K.V. Thomas’s Sonia Priyankari, the story of Sonia Gandhi is all these stories, and more. It is easy enough to pinpoint the defining moments of her remarkable political career, from her initial refusal to succeed her murdered husband in 1991 and her decision to campaign for the party in 1996, to her triumph in the 2004 elections, her startling renunciation of office, and then her continuing leadership of the party and the United Progressive Alliance through two successive terms in office.

She prefers to ­remain behind the throne, ­walking with the ­peasantry, ­rallying the ­people but ­leaving power in the hands of her grey-haired viziers.

One must not flinch from the controversy over her foreign birth, over which so much has been made by nativists, though her admirers point out that Sonia Gandhi is “Italian by birth and Indian by karma.” The territorial notion of Indian nationhood advanced against her in the mid-to-late 1990s and again in 2004 is a curious one on many counts, and particularly so when it relates to the Indian National Congress, a party that was founded under a Scottish-born president, Allan Octavian Hume, in 1885, and amongst whose most redoubtable leaders (and elected presidents) was the Mecca-born Maulana Abul Kalam Azad, the UK-born Nellie Sengupta and Irishwoman Annie Besant. Even more curious is the implicit repudiation of the views of the Congress’s greatest-ever leader, Mahatma Gandhi, who tried to make the party a representative microcosm of an India he saw as eclectic, agglomerative and diverse.

Sonia Gandhi herself made her own case at the time of her political ascent to her party’s leadership. “Though born in a foreign land, I chose India as my country,” she pointed out. “I am Indian and shall remain so till my last breath. India is my motherland, dearer to me than my own life.” But Sonia Gandhi alone was never the issue. The real issue is whether we should let party politicians, or the electorate at large, decide who is qualified to be an authentic Indian. I have often argued that the assertion of “us” and “them” is the worst kind of thinking that can poison the national mind. India under the Congress has always proclaimed “unity in diversity”, the idea of one land embracing many. This land imposes no narrow conformities on its citizens: you can be many things and one thing. You can be a good Muslim, a good Keralite and a good Indian all at once. You can be fair-skinned, sari-wearing and Italian-speaking, and you are not more foreign to my Ammamma in Palakkad than someone who has a “wheatish-complexion”, wears a salwar-kameez and speaks Punjabi. Our nation absorbs both these types of people; both are equally “foreign” to some of us, equally Indian to us all. 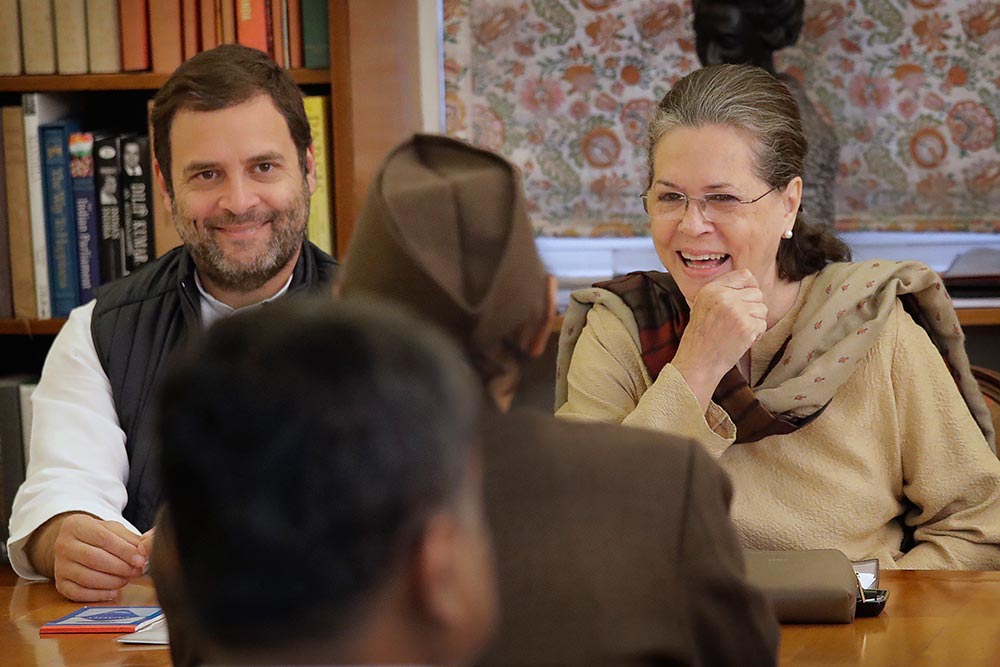 Our founding fathers wrote a constitution for their dreams; we have given passports to their ideals. To start disqualifying Indian citizens—whether Indian by birth or by naturalisation—from the privileges of Indianness is not just pernicious, it is an affront to the very premise of Indian nationalism. An India that denies itself to some of us could end up being denied to all of us.

But such issues are now only of historical interest, since the nation as a whole has long since settled the debate in successive elections, and accepted Sonia Gandhi’s political leadership of her party and coalition. She remained unchallenged to lead the Congress and the UPA despite the defeat of both in the 2014 general elections, until she voluntarily chose to renounce the Congress presidency last year.

You can be fair-skinned, ­sari-wearing and Italian-speaking, and no more ­foreign to my Ammamma in Palakkad than someone who has a “wheatish ­complexion”, wears a ­salwar-kameez and speaks Punjabi.

Sonia Gandhi has successfully redefined the place of the Congress party in the national contestation of ideas. Her uncompromising commitment to India’s rich pluralism and diversity sets her party apart from those who pursue the divisive politics of identity, seeking votes in the name of caste loyalty or religious self-assertion; the Congress remains the one party with a truly inclusive national vision. Her instinctive sympathy for the plight of the downtrodden has led the UPA into enacting some of the most far-reaching welfare measures in the history of the developing world, enshrining the right to food, the right to work, the right to education and the state’s responsibility for urban development and public health. The indispensable MNREGA, which even Narendra Modi could not dismantle, remains a monument to her vision and her compassion. Her devotion to democracy and governmental accountability lies behind the Right to Information Act, which has introduced an unprecedented level of transparency into the work of India’s governance. Where the NDA spoke of “India Shining” without asking themselves for whom India shone, and the Left has opposed all progressive measures that might have promoted economic growth, the UPA under Sonia Gandhi has firmly worked for both growth and social justice—what the Congress has dubbed “inclusive growth”. In the process she has laid down a solid centrist, some would say left-of-centre, foundation on which succeeding generations can build a new India.

In 2014, Sonia Gandhi remarked to a journalist that the true story of her life would have to await her own book, which she would write one day. I speak for millions, I’m sure, in saying that I can’t wait for her to do so.

Shashi Tharoor is a Congress MP,  writer and former ­under-secretary- ­general at the United Nations

Narendra Modi: Pradhan Sevak Above All Else | By Nirmala Sitharaman