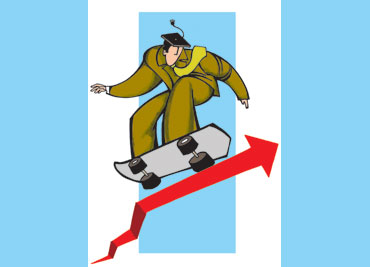 outlookindia.com
-0001-11-30T00:00:00+0553
Since the 1990s, our growth seems to have redefined the very core of the Indian identity. For one, India as a country seems to have come out of its defensive crouch. Yes, our immense optimism at times feels a bit premature—there is much left to be done in India in reform policies to sustain growth and make it more inclusive. But one thing that we can be genuinely optimistic about is the change in the key ideas that dominate India.

Our rising aspirations have brought with it some interesting changes. Prior to reforms, the Indian environment was hostile to entrepreneurs. Outside of a few major business houses, running a firm in India was considered a pretty foolhardy thing to do—an entrepreneur would end up spending far more time in Delhi entangled in red tape than at his office or shop. Small private companies such as ours were wobbly little vessels on uncertain seas. Now, however, things couldn't be more different. Today, the Indian spirit is unabashedly entrepreneurial, and I'm certain that a good number of the 2008 graduating class across India's B-schools are already planning to start their own businesses.

As the software industry took off, our attitudes towards technology have become far more positive, and IT is spreading across the country through innovative models—computer kiosks, mobile phones and commodity exchange centres. Our attitudes towards the English language have also transformed. Once the language of imperialism and of colonial power, it is now morphing into a very Indian tongue, becoming the key to income mobility for many Indians. And we have gone from seeing the world as a threat to seeing world markets as an opportunity.

But dreams alone are not enough. Among India's biggest challenges today are in execution: getting things done. Our infrastructure, the state of our cities and schools are testimony to this. Even as our governments have launched big-budget schemes to address these issues, we have faltered in getting results from our investments. Progress is slow or stalled, implementation at the state and local level is patchy.

Nevertheless, we may have reached a turning point. Indian leaders face a country that is now fully finding its voice. This generation of young Indian leaders—in business and in politics—will find a country far more demanding and impatient than ever before. As a result, politicians across the country are now talking economic brass-tacks: while campaigning in UP villages, Mulayam Singh Yadav discusses the growth of India's fdi, and in Bihar, Nitish Kumar promises to bring new jobs. West Bengal's industry minister welcomes "any kind of investment, Indian or American, we do not care". Caste equations may still form the basis of election results, but swing voters are growing increasingly decisive, as they proved to be in Karnataka's state elections in 2008.

In fact, for the first time, we seem to have found a common language, a single idea. Across the country, people are in search of economic mobility—simply put, a better life. And as a result, regardless of caste, region or income class, Indians have increasingly similar demands from our politicians.

Better education, a concern we once didn't see outside the middle class, is now pervasive. People are impatient for better roads that would connect them to India's growing markets. Indians across income classes want to use the same brands, and companies in India are retooling their business models to sell detergent, shampoo and chocolate in low-cost, single-serve packaging to the rural poor, and are building rural malls that trade farmer produce for consumer goods. In Singur, amidst the tussle between the West Bengal government and Mamata Banerjee over the Nano car project, journalists ventured into the villages. They found people angry at how political the fight had become—they said, "We need jobs here. If the factory goes, there is nothing here."

My wife, in her work in the non-profit sector, meets children in the most rural parts of India; when she asks them what they want to be when they grow up, they tell her, "engineer", "doctor", or "teacher". Unlike the 1960s and 1970s, these children no longer expect to do what their parents did. When people are looking outward even in the most distant villages of our country, I have hope.

(Nilekani's book Imagining India is due in November 2008)