Song Of The Flyovers

Ever increasingly, cities make us. Their revolutionary force is optimal if planners can keep pace with people. 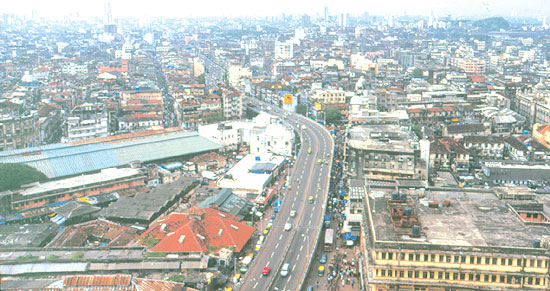 Welcome To The Urban Revolution, How Cities Are Changing The World
By Jeb Brugmann
HarperCollins India, 2009 | 330 pages | Rs 399

Jeb Brugmann has worked as an urban planner in several cities around the world. This book compiles his observations and analysis of how cities work, and in the process he upends the prevailing tenets of urban planning. He argues that the so-called problems of urbanisation are, in fact, potential solutions-in-the-making for emerging ‘world city systems’ in an increasingly interconnected, urbanising world. It is an eclectic tour de force conceptually connecting, for example, Tiruppur and Dharavi to Curitiba (in Brazil) and Barcelona, to explain the significance of the current processes of urbanisation and globalisation.

Of course, these are not new ideas: 20 years ago, the National Commission on Urbanisation had proposed that Indian cities should be planned as ‘engines of growth’. This was apostasy, which did not find support then, nor is it likely to today. Urban planning here is rooted in colonial imperatives, and urban planners view cities as stable, well-regulated entities, where citizens are expected to follow the ‘rule of law’ as defined by the legal master plan. Master plans typically have 20-year time-frames, which can’t anticipate the exigencies of rapid development, and yet are the ‘law’. These result in what Frederic Jameson calls “messy urbanism”, which is anathema to urban planners. They banish its manifestations to the periphery, creating an apartheid city. Brugmann explains why such exclusionary strategies cannot succeed. The putative ‘urban revolution’ is an irrepressible force, akin to what the industrial revolution was a century ago, when it radically transformed the traditional values of older, agrarian societies.

The urban revolution is already upon us. According to UN statistics, over half the world population, more than three billion people, now live in urban areas. For the first time in human history, the planet will be more urban than rural. In India, the urbanisation level is still only 30 per cent, but will increase in the wake of economic development. This can be viewed as a civilisational marker, which will impose paradigmatic changes in the ways we live and, hence, plan cities. Master plans must start considering migration into cities not as a problem but an inevitable developmental process.

Ideas like globalisation, the ‘flattening’ of the world, and the growth of a ‘network society’ are only abstract attempts to understand the complex changes being wrought by urbanisation. But cities are material places, with deeply embedded histories and cultures that can either resist or enable the process of change. This creates the ‘successes’ or ‘failures’ of contemporary urbanism: the emergence of Bangalore as a world city is cited as a ‘success’ story, while the decline of once-great cities like Kanpur and Patna are examples of ‘failures’. Brugmann argues that the success of any society today is tied to its cities; therefore factors that contribute to making cities successful must inform urban planning.

To create successful cities it will be necessary to deal with them not as independent entities, but as ‘city systems’, which refers to the sum total of their effect on the region. In this light it could be predatory or beneficial. Success depends on what Brugmann calls the presence of the ephemeral quality of ‘urbanism’, which he describes as the synergy between the needs of inhabitants and the intent of planners. It imbues cities in advanced urban societies with an easily recognisable qualitative edge; Barcelona, for example, has it in abundance. Urbanism can overcome the limitations of even the most restrictive urban policies in a manner analogous to the political power attributed to crowds in Elias Canetti’s book Crowds and Power. As evidence of the power of new migrants, consider the fact that even in strongly-planned Delhi, 70 per cent of the development that took place was ‘illegal’, but had to be condoned in order to enable its inhabitants to gain access to civic services. This is the power of the urban revolution.

Brugmann’s engaging narrative style is peppered with insightful anecdotes. The book could have been more tightly edited to convey his ideas more effectively. Nevertheless, I strongly recommend it to readers who want to understand the concepts that underpin the advocacy of more equitable and egalitarian forms of urban development as our society gets more politically enlightened.