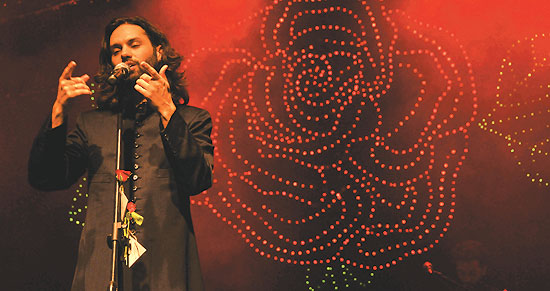 One look and my soul was imprisoned,
I do not pretend to be the master of my life.
My religion is lost, and I have no country,
My heart beats to the face of my Beloved.
(Written and translated from Hebrew by Shye Ben Tzur)

I catch Shye Ben Tzur on the phone, late at night, just as he is about to board a flight from Delhi to Tel Aviv with wife Sajida and their little daughter, Uriya. We speak about his new CD, Shoshan, to be released next month, and to which I have just been listening. I tell him that at first the music...