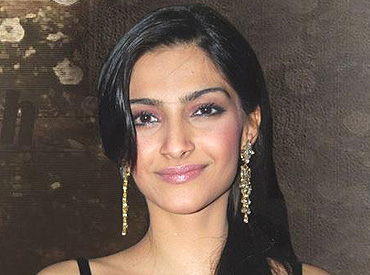 Have you found your vocation as an actress?

I’ll never find my niche as an actress—but as a person, I’m very comfortable in my skin and I believe I can do all kinds of roles.

Tell us your impressions of Dilli 6.

It’s not the typical ‘yo’ culture kind of film or music. It’s multilayered but meant for all ages.

You said your role is very identifiable.

Yes, Bittu is the typical Indian girl—liberal yet wants to hold on to family values and has a mind of her own. So it’s a complex situation. It talks about the confusion felt by a girl with a value system who wants to be modern.

I became his pet too.

How would you compare the two directors?

By the rapport I had with them. With Rakeysh, I connected the first day. We’d sit for three to four hours everyday discussing the script, my character, etc. We’d rehearse together and then talk and I just love him. I knew Sanjay...