Some Macro Changes For Microfinance

MFIs are a good idea. But in India, the concept needs tweaking. 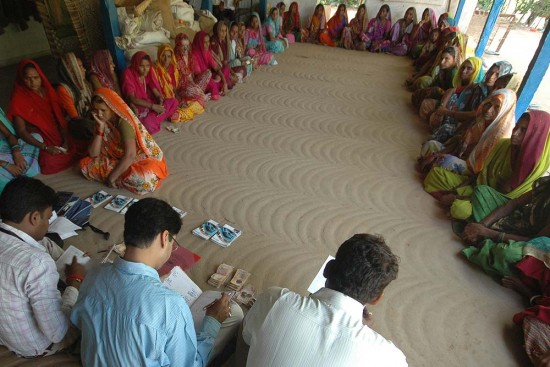 The usurious moneylender was well-known, even in colonial times. “The ryot cannot cultivate without borrowing because his crop goes largely to the long-term creditor,” says the Central Banking Enquiry Committee Report of 1929. India’s poor still remain vulnerable: 51.4 per cent of all farmers are excluded from both formal and informal sources of finance. Thirty-one per cent of rural households are indebted, and the average debt per household (NSSO, 2014) is `32,522. This is a result of the interlocking of the credit market with imperfect markets (land, input, output, labour and land-lease markets), a sure pathway to peasant pauperisation. With little access to formal financial institutions, India’s poor end up investing in chit funds and ponzi schemes. Free from regulation, over 30,000 unregistered chit funds have emerged as sources of liquidity. Fraud is frequent. Saradha group agents in West Bengal promised 10 times the investment in 14 years while charging commissions of 15-40 per cent. The company would pay out dues with money obtained from new investors rather than from profits. Regulators like SEBI and RBI find themselves judicially constrained from regulating such entities. Penalties are low: in Delhi it’s `5,000, and Haryana doesn’t penalise at all!

Microfinance came as another avenue. But its extreme consequences, as attested by suicides in Andhra Pradesh, can lead to an explosive situation: there are reports are farmers borrowing from moneylenders to repay micro-finance groups. Abusive collection practices—weekly meetings in front of the defaulter’s house, encashing signed blank cheques, putting up loan notices—create huge pressure.