Vajpayee had a sense of history. But on rajdharma, he faltered when it mattered. 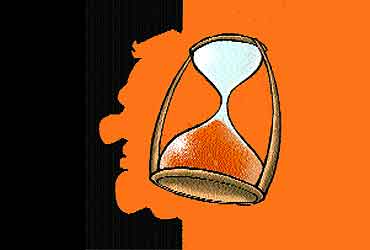 outlookindia.com
-0001-11-30T00:00:00+0553
How will Atal Behari Vajpayee's prime ministership be remembered? History is ruthless, often uncharitable. It may come as a shock to him, but history may not be all that kind, notwithstanding his army of well-wishers. In all likelihood, he will be remembered as "a good man, who could have, but did not do more". Given his stature and life-long commitment to principles—a rapidly vanishing factor in our political arena—Vajpayee could have done more for his country, his party and the concept of rajdharma that he advocated. And because he wasn't steadfast on the latter in a few critical areas, he lost his chair, his party lost power and India lost a golden opportunity.

If only he had the courage to implement rajdharma in Gujarat and remove Modi, at least after the SC strictures, he may have won this election. Even if he didn't win the election, he would have won respect and a permanent seat in history as one of India's glorious prime ministers. Instead, he will be remembered as a PM who began and ended his tenure as a prisoner of the RSS—from the early days of cabinet formation to keeping Modi till the bitter end. Either he colluded or he was helpless. Either way, history will be a harsh judge. Instead of opting for 'national good' on a few vital issues, he chose to be 'partisan'. This may have been pragmatic. But it was not principled. And in the long run, it was not particularly pragmatic because it didn't win a re-election. Had he stuck to his principles, to his gut instincts, he may have lost his prime ministership two years ago, but he would have gone in a blaze of glory. Against the vastness of history, five years don't count for much more than three! Vajpayee does have a sense of history, but unfortunately allowed politics to get in his way.

Two achievements that Vajpayee is widely credited for are improving ties with Pakistan and strengthening economic reforms. They are genuine achievements, but they seem bigger and more unexpected because he is from the BJP. Analysts are surprised because "the right man in the wrong party" achieved this. The BJP was hostile to Pakistan and the party had its gang of swadeshis. Despite these drawbacks, Vajpayee made impressive gains on both fronts. But objective analysis has to be more ruthless. The gains in Indo-Pak ties were really more atmospherics than substantive, as we haven't even begun to tackle the tricky issues. But if it is atmospherics, one has to point out that the Rajiv Gandhi-Benazir Bhutto camaraderie of 1989 remains unsurpassed. And if it is substance, more progress was made during the I.K. Gujral-Nawaz Sharif phase in 1997. Viewed historically, one has to take into account not just the good India-Pakistan times, but the bad as well. During Vajpayee's prime ministership, both countries waged war on Kargil and came to another near fatal blowout in the summer of 2002.

Economic reforms were strengthened, deepened and quickened during Vajpayee's tenure. There were visible signs of prosperity and improvement, even if confined only to the cities. Yet, contrary to what the spinmeisters project, the BJP is not the sole architect of this success. The NDA government reaped a rich harvest of high economic growth, but the seeds were sown by Nehru, who believed in self-reliance and established an industrial base by setting up factories to make steel and cars. It was watered by Indira Gandhi who gradually diluted her anti-industry stance, it was nurtured by Rajiv Gandhi who veered more strongly to the private sector and it struck firm roots under Manmohan Singh's able stewardship of the reforms in a crisis situation that has won him and his team international acclaim. Today, the slow and steady "Indian model of reforms" is seen as being more suitable to emerging economies than the harsh IMF prescriptions. India's economic gains are the result of a long evolutionary process, though it reached fruition during Vajpayee's tenure. At least on the economic front, he was the right man at the right time. But on the downside, reforms strengthened but simultaneously became more lopsided. It reduced poverty, but aggravated disparity, and the result was the rural backlash to BJP's India shining.

Vajpayee's greatest achievement is his moderating influence on the BJP. He used his stature, his clout, his reservoir of patience and skill, to tame his party. In the last one year of its rule, the BJP mellowed and matured, credit for which should be given to Vajpayee. From being India's "untouchable" party, it is Vajpayee who made the BJP respectable and acceptable to a wide swathe of people. Ironically, instead of giving him credit, his party—and certainly the RSS—may blame him for "dilution" of the Hindutva agenda. The hardliners refuse to believe the party lost not because it diluted but because it clung to a few vestiges of Hindutva. If they are interested in the truth, they need not look beyond the Gujarat verdict.

Vajpayee could still secure his place in history if he succeeds in genuinely moderating the BJP. This will be evident in the coming months and years if the BJP functions as a constructive opposition instead of being obstructionist and divisive, provoking an unstable, confrontationist and hostile external and domestic environment. This election ended like an Aesop's fable with many morals. There is a lesson in this for the next PM, who must think of history, not tenure, and stay the course on the high road. Sonia Gandhi has already taken this road. Manmohan Singh, the second choice, is an ethical, decent man. Now his actions must match his image. It is not enough to be good or decent; he has to be seen as being decent, while being firm. As Vajpayee may ruefully admit, it's better to go down well in history than survive full five years in office.