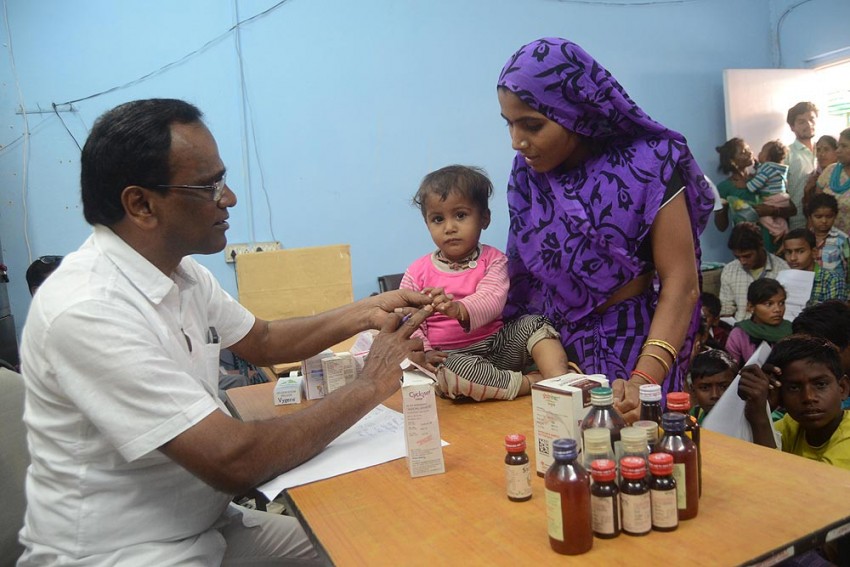 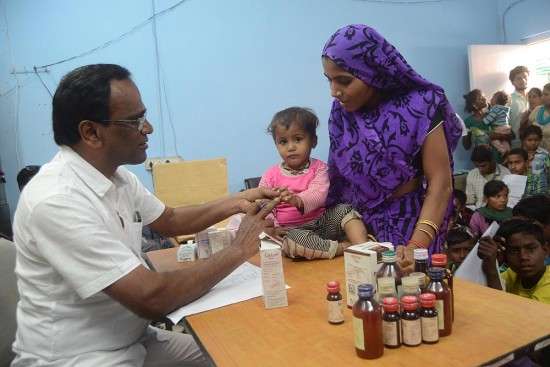 When left untreated, congenital heart diseases can lead to a slow death. With cardiac surgeries costing upward of a lakh, the poor have few options. But P. Chinappan (55)­—with the assistance of a solitary woman, Rita Michael—has res­tored the hearts of nearly 600 children living in slums in Madhya Pradesh, Raj­asthan, West Bengal and Orissa. Come November 15, yet another group of 20 children will be making the trip to Fortis, Bangalore, for surgery. Many of them require not one but multiple surgeries, says Dr Joseph Xavier, a cardiologist at Fortis. The hospital claims to perform the surgeries at one-third the cost. The middle-aged priest’s ‘Sneh Heart Society’ operates from a slum on Kolar Road on the outskirts of Bhopal. This is where he came to live in 1997. Slum-dwellers were suspicious, he admits. He won them over by sweeping the place. He then began teaching children and a school followed. Today ‘Pushp Vidyalaya’ boasts of ten rooms, built one room at a time, and an equal number of teachers and imparts education till class VIII.

Born in a Hindu family in Dindigul (Tamil Nadu), Chinappan recalls how he had to abandon college education when he was pursuing a BSc. His parents could not aff­ord the fees, he recalls without bitterness. But he eventually got himself a job in the Indian army and was posted at Aurangabad. Quite the turning point. For that’s when he chanced upon a book on Mother Teresa, which cha­nged his life. He lan­ded up in Calcutta and worked for the Missionaries of Charity. By the time he went back home, his mind was made up. He wan­ted to quit and devote his life to serve those who were poorer.

His family resisted the move. His brother, a bus conductor, arg­ued that it was madness to leave a secure, government job. His proposal was rejected thrice but a young Chinappan was adamant. Then a bishop in Bhopal worked his contacts in the army and advised him to mention that he wanted to become a priest. The army relented in 1981. Ten years later, he was ordained as a priest and eventually posted at the Archbishop’s House. But peace of mind still eluded him. “I felt restless. I was sure I wasn’t serving the people. I wanted to break the barriers imposed by the Church and work for everyone.” So, he quit the Archbishop’s House, and went to a slum cluster. (He is still there and the cluster is now home to 7,000 families.)

At that point, Ren­ato Roso, an Ita­­­lian priest who’d worked for nomad welfare in India and Bangladesh and India, told him of a hospital in Bangalore that performs free surgeries of poor children with congenital heart diseases. He visited the hospital with five children from Bhopal, only to discover philanthr­opy was not one of the strong points of the hospital. He raised Rs 10 lakh in the next three years and got 15 children operated upon. And then he hit the wall. No one would fund him this work. The Christian charities in Western countries were ready to fund missionaries but not an individual. “I was asked to cough up money even for a recommendation letter to seek aid from the discretionary fund of the chief minister,” he says. And then, suddenly light broke out from the dark clouds. He got a phone call from Delhi. ENR, a German organisation, wanted a partner in India. A representative of the organisation stayed for ten days with him in his slum and went back convinced. The ENR now funds the surgeries at the rate of Rs 1.9 lakh per child. To ensure that only the deserving get the benefit, Chinnapan visits the home of every child before forwarding details of his / her disease to ENR before it releases the money. He says that he does not publicise his work. People come to him on their own only through the word of mouth.