Advertisement
Home National
On the road with prakash jha

A perfect subplot: a suave interloper full of intent, some serious diversion, then—Cut! 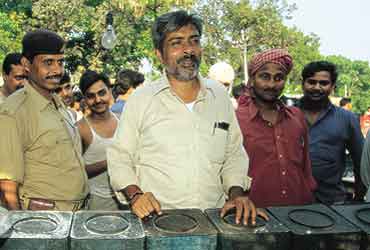 Jayaswal had a meeting to address on Jha's side of the muddy stretch. So, his entourage got off their vehicles and began to circumvent the mud on foot. As he crossed over, Jayaswal approached Jha and spoke in shades of satire: "You may not know me but I know you."

"I know you too Mr Jayaswal," responded Jha, placing a hand on his rival's shoulder and raising his index finger, "and am fully aware of your personal attacks on me, some of which were done in front of the camera. We are contesting an election. Let's do it with dignity."