#SocMed The Fifth Column Is Online 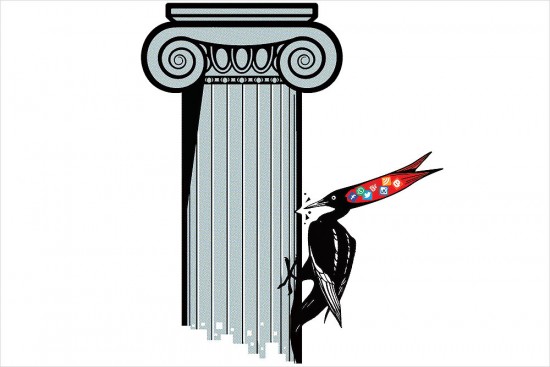 Imagine your virtual self is being held hostage by your favourite uncle. Let’s call him Som. Hold that thought. Now, you don’t mind because Som is cool, popular and well-liked, and could not conceivably put a foot wrong. Som tells you stuff you never knew existed, talks to you about the things you like. In fact, you like them because he’s the one who told you about them in the first place.

Som good? No, Som bad. Or is it all too complicated and you can’t tell?

Lurid visions of thought control aside, researchers have put forward an even scarier question, asking: “Is social media a threat to democracy?” That’s a far cry from the early days of the flat, digitalised world when the Internet was often thought of as a great leveller, and essentially democratic by nature. That initial optimism ebbed over time, and has now given way to a dystopian reading, where the medium is seen to have an internal behaviour with rather dark implications. And everyone is getting played by it, you, me and even Uncle Som.