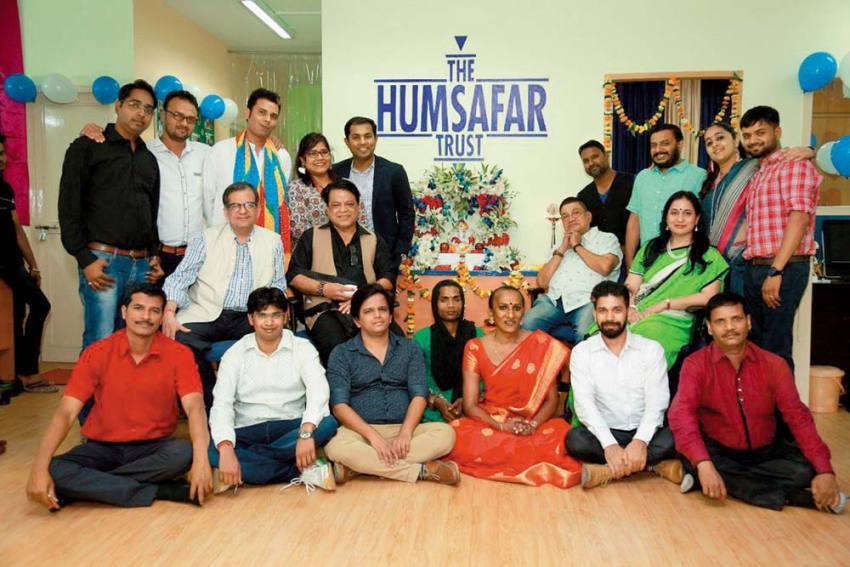 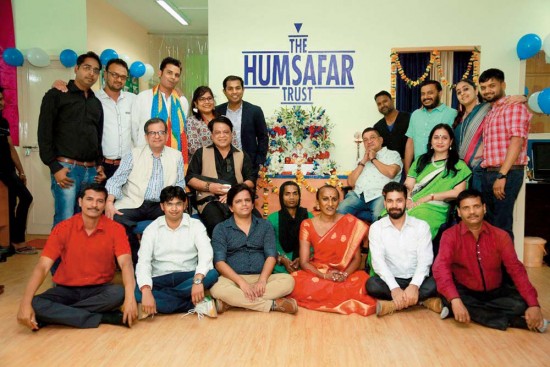 The trust is a pioneer in healthcare for LGBTQs. Founded in 1994, when homosexual acts were criminalized, the brains behind it adopted a model of dialogue and negotiation, as opposed to confrontation, and worked with the government agencies. “It took us 18 months to find our first space – five rooms in a Mumbai municipal corporation building that was abandoned for seven years,” says Vivek Anand, the CEO of the trust.

Initially, the members met every friday for 3-4 hours. They invited others to discuss healthcare issues, legal challenges, efforts to coming out, problems at workplaces, and concerns like managing one’s finances. They had a voicemail helpline. People could give their phone numbers or addresses and community counselors would reach out to them. “That’s how we connected with the community and mobilized,” explains Anand.

In 1998, the Directorate of Health Services, Mumbai, gave the trust a grant of Rs 58,000 to identify the number of gay men, and men having sex with men (MSM in the city. “We found out that there were about 70 sites, such as Worli Seaface and Churchgate station, where around 5,000 men went to socialize,” says Anand.

In 1999, the Mumbai District AIDS Control Society (MDACS) launched its first HIV prevention program with Humsafar, and reached out to 1,000 gay-identifying individuals. Funding came from National AIDS Control Organization (NACO) and World Bank. The trust would distribute free condoms, edu­cate people about safe sex, and refer them to the clinic. It collaborated with Lokmanya Tilak Municipal General Hospital, which would send two doctors to the trust every week to und­erstand LGBTQ issues.

Today, the trust reaches out to 7,500 MSMs and 1,000 transgendera. In 2019, MDACS opened an anti-retroviral therapy center at the Humsafar clinic. People diagnosed HIV positive are treated at a government center; after a year, when they become stable, they are treated at Humsafar.

Apart from the holistic treatment centre at the main office in Vakola, it has three other clinics. “We train people as counselors. They are not professionals, but form a first step to provide support services,” says Sandeep Mane, executive committee member and technical director of the trust.

The research unit of Humsafar gathers evidence, especially on matters related to healthcare. It is governed by an autonomous ethics review committee, which has social scientists, lawyers, and HIV specialists. It is registered with National Institute of Health in the US.

While Humsafar has outreach programs in physical sites, it collaborates with Tinder and Grindr as people have moved to dating apps and websites. The trust provides support to transgenders to avail sexual reassignment surgery. Another domain of the organization is pre-exposure prophylaxis (PrEP), or medication to reduce the risk of HIV. Currently, people buy the drugs over the counter, and may not be aware of the regimen or risks involved. However, there is emphasis from our side that while PrEP reduces the chances of infection, it does not protect against STIs and, thus, is not an alternative to condoms.

Humsafar has collabora­ted with community-based organizations (CBO). It is the convener member of Integrated Network for Sexual Minorities, whereby it works with 110 organizations in 18 states to build capacities and support the HIV prevention programs. “In 2004, we realized that we were a simple community ownership model. So, we began to build capacities across communities,” says Anand.

“The most significant shift I noticed in the past two years (after Section 377) is that the community has started coming out openly and accessing health services. If there are instances of violence and harassment, say through online dating apps, people report them. Health-seeking behavior has increased. The younger generation talks openly about their health issues. But I feel in terms of communication material, a lot more needs to be done,” explains Anand.