Artists are working towards normalisation of menstruation 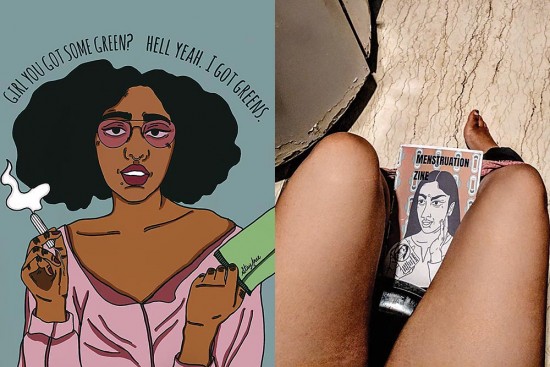 Thousands of pilgrims annually flock to the Kamakhya temple in Guwahati, Assam, for the Ambubachi Mela, a celebration of the yearly menstrual cycle of the presiding deity, Devi Kamakhya. The four-day festival sees the worship of a ­yoni-like stone that represents ‘Mother Shakti’, known popularly in this form as the ‘menstruating goddess’. And yet, when Mumbai-based artist Aniket Mitra shared his artwork on social media depicting a sanitary napkin with a red, bleeding lotus on it, surrounded by a chalchitra—an artistic rendition that traditionally backgrounds Durga in certain representations—he was abused and threatened, and the piece was taken down.

It seems that our patience and tolerance for menstruation is selective and temperamental. Despite the growing dialogue on the topic, in many sections of ­society talking about periods still makes people turn a shade of red that could very well match Mitra’s bleeding red lotus. In India especially, there’s been an overpowering silence around this natural female process, cloaked in shame and a lack of awareness. On the other hand, like Mitra, a ­growing number of artists and activists across the country are turning to various forms of artistic ­expression to create discourse on the normalisation of menstruation.