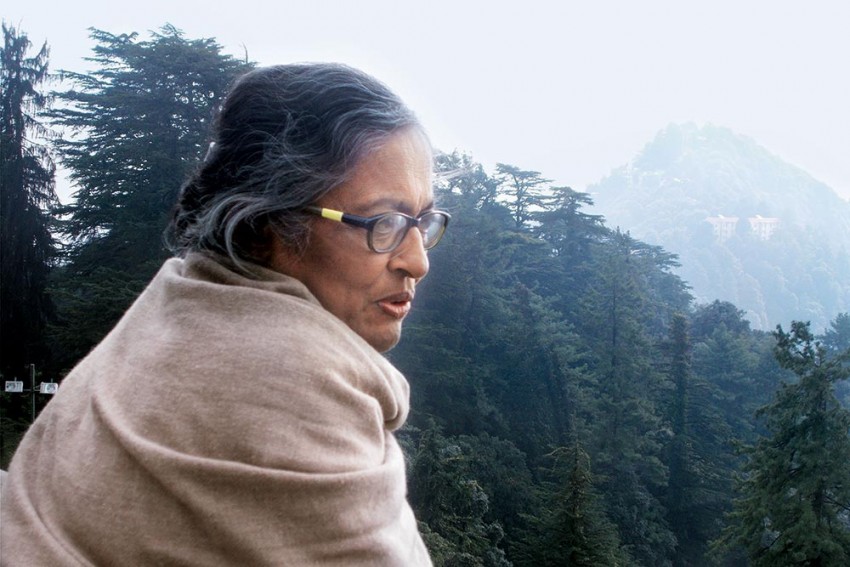 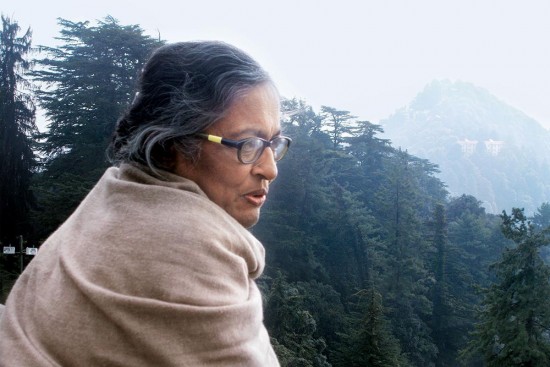 Faced with the task of laying the groundwork for a new nation, the makers of modern India confronted complex questi­ons about the structures that would go on to define us—including the city of Chandi­garh. Historian Narayani Gupta explains how they did this while trying to keep a sense of continuity intact. Exce­rpts from an interview with Siddhartha Mishra:

How did architecture cope with the changes brought about by Ind­ependence?

I’m not sure if 1947 should be seen as a break in architectural styles and form. In 1911 a ‘great battle’ about the appropriate style for New Delhi took place. When Edwin Lutyens was chosen as chief architect, many in India and England protested, saying the style should harmonise with Indian tradition. The viceroy had to persuade Lutyens to inc­­­o­rporate Indian elements. This was what architectural historians beginning with James Fergusson called ‘Indo-Sar­acenic’ (Hindu-Islamic). This can be seen in many public buildings since  the 1880s. Lutyens was quite clear he wanted a classical style, but agreed to add jalis and chhajjas. The Viceroy’s Palace (Rashtrapati Bhavan) can be called the triumph of Indo-Saracenic, but equally, it can be seen as a classical building. Art Deco was very popular in western India and associated with the architect Claude Batley (the ensemble in Mumbai has been conferred world heritage status). What was not reflected in India until after Independence was the Bauhaus styles, which were transforming skylines of American cities.

Nehru played an important role as pat­ron and arbitrator of architectural style. He admired the Modern, but not for universal use. Delhi should have echoes of India’s pasts—hence the chai­tya-like Vigyan Bhavan; Bhubaneswar was a ‘temple town’ and its architecture should be in keeping with the spirit of the place. Indian Punjab, looking the future in the face, should be a stunningly modern town, compensation for the beloved city of Lahore.

How did Corbusier come in and why?

Le Corbusier’s accepting the commission was fortuituous. Other architects in Eur­ope were too busy rebuilding cities des­troyed by bombing. The person who put his heart and soul into designing Cha­ndigarh was (Maciej) Nowicki. He died tragically in an air-crash but his drawings show that he was striving to create living areas in which the people would be happy—self-contained areas with the market in the centre, mixed-use, low-­density. The design was not on the grid, like colonial towns and cantonments. Corbusier set aside the Nowicki plan and designed afresh.

How was Nowicki different from the post-modernists?

“Unlike Corbusier, Nowicki wanted a city Indians would be happy with. As a Polish refugee, he was sensitive to the feelings in Punjab.”

In two important ways—in emphasising the mohalla concept, and in respecting contours. Mohallas were different from gridded neighbourhoods. They were inw­ard-looking, and in the middle was a public space, for a market or performance (this was in the case of planned towns. In older towns, mohallas were homes or shops that grew around a large haveli or institution, around which a gali shaped its way). The city shaped itself. It did not have a blueprint. Days before he died Nowicki had written a postcard to Albert Mayer, quoting those famous lines in the Bhagvad Gita: ‘Do not look to the fruit of your action’. That is what he did. He wanted a city that Indians would be happy with. As a Polish refugee, he was sensitive to feelings in Punjab. His city had a public area with secretariat buildings, with the hills as a dramatic backdrop. He also did something that American and many Indian planners ign­ore—he looked at the landscape,  at contours. They run the right-angled lines through the map. With Nowicki, there was a curvature in the map. If you look at Corbusier you’d think the land was as flat as a table. It took another generation for Indian architects to use words like ‘gali’ and ‘mohalla’. This pause, which made them wonder whe­ther American planning and modernist architecture were truly universal, happe­ned in 1980. The architect Bijit Ghosh achieved two revolutions in Indian arc­h­itectural thought—he smuggled in the term ‘vernacular’ to make people think of traditions of house-building. He sponsored an exhibition to celebrate New Delhi, the city of Lutyens, which till then had been shrugged off as Indo-Saracenic, an embarrassment. 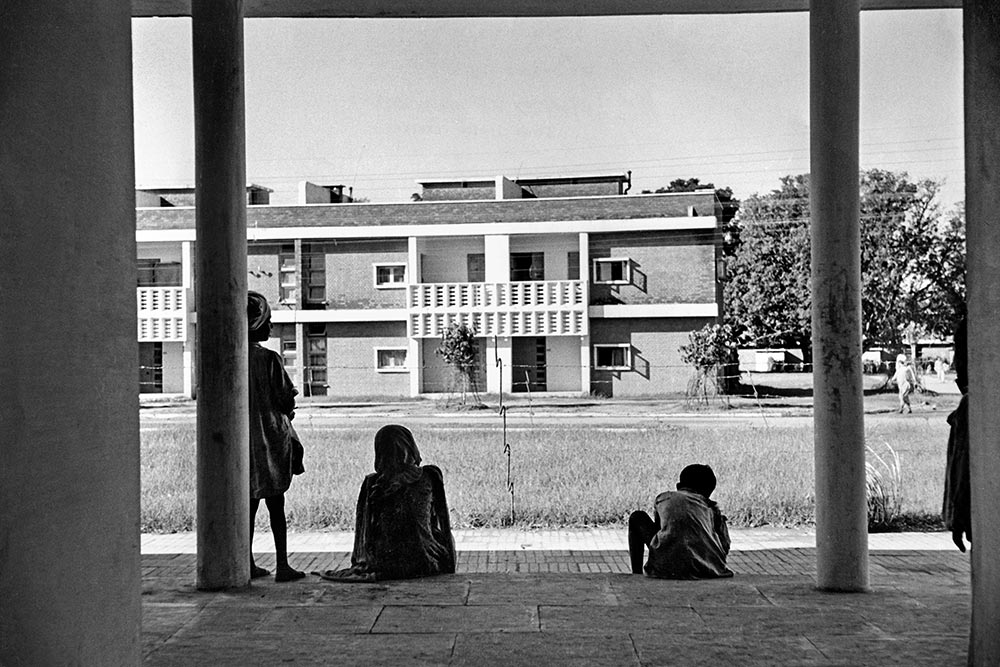 A residential complex in Chandigarh designed by Maxwell Fry

How did post-modernists try to modify old Indian cities? Did they want to grid and map out the area?

This is more an obsession with governments than with architects. Colonial towns—in America, in Asia, were laid out on the grid. This is true of Spanish, Por­tuguese, French and English colonies. Parts of Madras, Calcutta and Pond­icherry…all have that. It made the towns easy to control. Galis used to frighten them, just as just as did the lanes of Paris in the 19th century. The need for fresh air, of easy access, is also invoked. This was partially forced through during the Emergency in the Turkman Gate area of Delhi, and is now being done in Varanasi.

Was it also down to the fact that we had very few architectural schools at the time—only about three in the 1960s?

There were only a dozen or so architects trained in the European manner in 1947. The numbers increased, but the course became more regimented. The Council of Architecture does not think architectural history needs to be studied in any depth. The result is that Indian historic architecture is taught extremely cursorily, and western history in detail. For India, Fergusson with his categorisation by style, and Percy Brown, with his bifurcation into ‘Hindu’ and ‘Islamic’, were the standard texts. The 19th and 20th century were not systematically examined. It is a pity that the visionary Patrick Geddes, who was in India when Lutyens was, and who wrote reports on over 30 Indian towns, was not studied. If he had been, architects might have found the link that was missing—the connection between region, topography, landscape and the built form.

Harappa was discovered in the 1920s, but a number of sites later were lost to Pakistan. What was the focus for Ind­ian archaeologists after that?

“After the chaos of 1947, the ASI did a lot of dedicated digging to compensate for the loss of the Indus sites. And later, for Mahabharata sites.”

The 1920s and ’30s were a great period for the ASI, not just because of Harappa. This was when they felt empowered. They were taking over, protecting, listing, monuments. What happened after 1947? During the chaotic months, many sites were vandalised, the ASI had its hands full with sharing assets, redrawing administrative boundaries…. Dedicated digging to compensate for the Indus Valley sites led to the discovery of sites in Gujarat and Rajasthan. In the 1960s they turned their attention to Mahabharata sites, with somewhat less success. Short on funds and manpower, they lost a huge number of medieval sites to vandals and builders. Their reports remained unpub­lished, while they grappled with thefts from their properties.

If archaeology means excavating to find remains of the past, yes, it began with the Asiatic Society. The fascination with ruins was an European passion. In India it can be seen in the paintings of the Daniells. If it means taking care of older buildings, we have the well-­­known exa­mple of Ferozeshah Tug­­h­laq and the Ashoka pillars, of Aur­angzeb and the maintenance of the Taj Mahal.

The British ASI believed that the Buddhist architecture was the peak....

I do not know if ‘peak’ is the right word. Till the 1920s, Ashoka’s pillars were the oldest examples of architecture in the sub-­continent. They are so beautifully polished and their representations of ani­­mals so perfect that it would hardly be surprising if people thought they were a culmination of a long tradition. That evolutionary process is a puzzle, as with all old civilisations. There are so many puzzles left to resolve!

The Fleeting Allegories of Filmistan