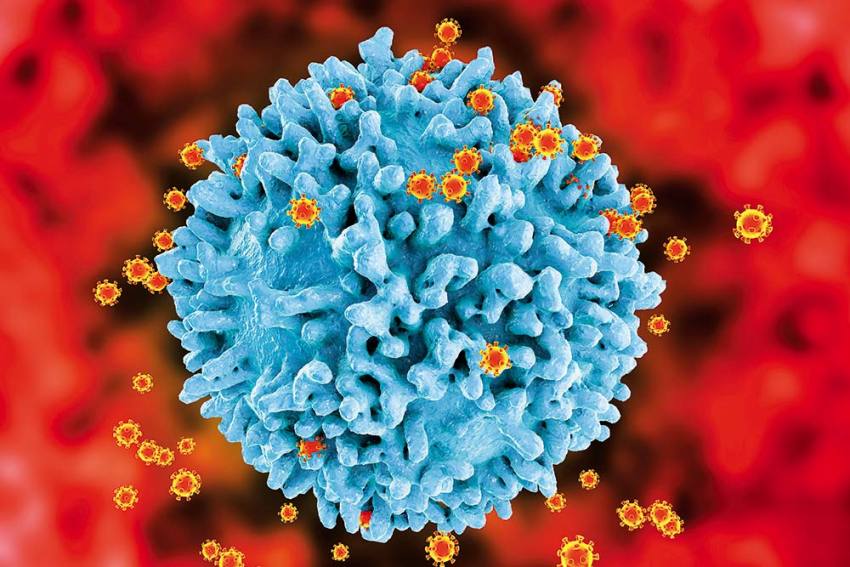 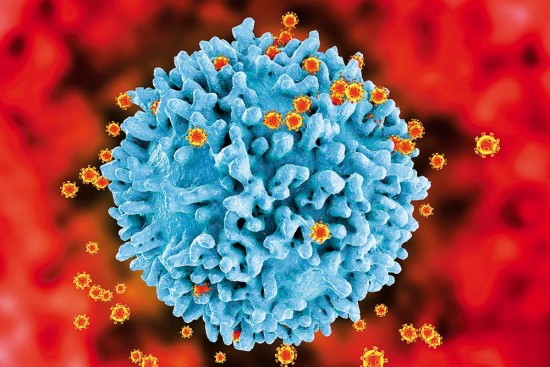 Before we begin the real story, a little bit of fiction. There is a cluster of houses of complex architecture. Unfortunately, they are in a neighbourhood teeming with the dangerous and cunning criminals. The houses are protec­ted by sophisticated security systems to fight off intruders. They have multiple layers of response mechanisms from the moment any intrusion is detected. They are engineered so that they can assess the threat perception and neutralize the intruder through a series of autonomous actions at different levels.

Still, from time-to-time, tenacious and wily intruders manage to breach these fortresses owing to a number of reasons. In cases, when the security system asses­ses that the intruder is gaining an upper hand, it informs the owners to seek extraneous reinforcements, which are delivered in various forms — solid, liquid and at times high frequency waves — to the soldiers fighting the battle until the criminal is neutralized.

So far so good. But what happens when due to an act of indiscretion, an owner unknowingly lets in a criminal, who is unlike the others. This mastermind, to begin with, is a shape-shifter and possesses the ability to slip inside, and lie low before it gains complete control from the inside. It then starts turning off the house’s defence mechanism to the point of complete deterioration until there is no protection left.

That’s not all: This criminal has one last job to finish. It opens the front door for the rest of the thugs in the neighborhood for a house party, unleashing such a chaos that the owner withers away in quick time. And, there is no extraneous help available to destroy this criminal, because none exists. At best, this criminal can be contained to one corner of the house with a continuous and expensive supply of outsourced fighters. 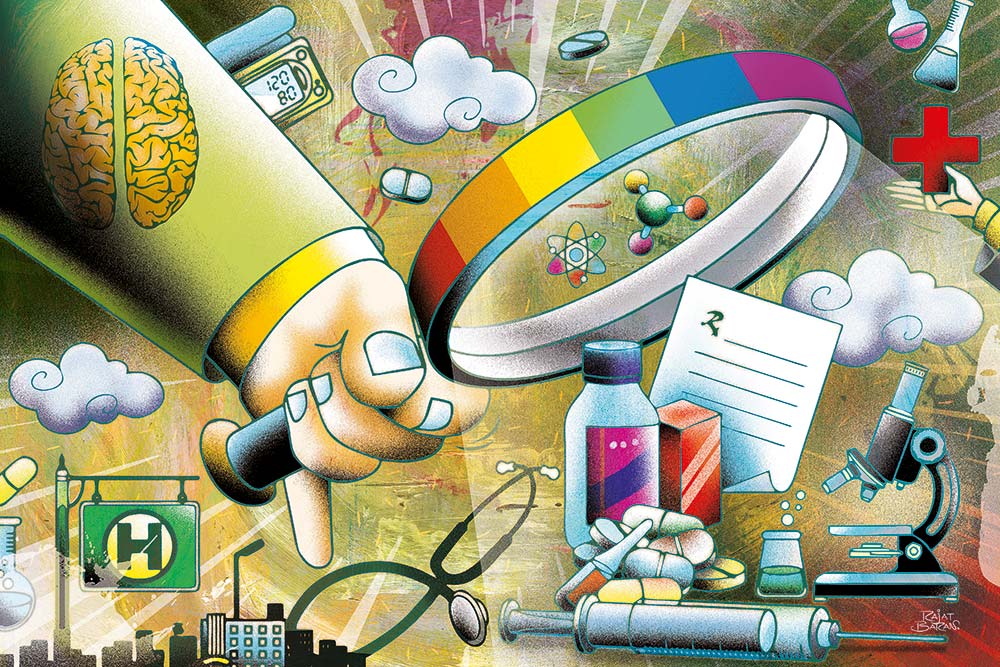 What you have just read is fantasy. But sometimes the strangest of fictions mirror the ebb and flow of the reality of human evolution and science. In this case, the fantasy bears the broad strokes of resemblance to the way the Human Immunodeficiency Virus (HIV) works inside the human body, and the race to develop a preventive vaccine, even though a therapeutic vaccine might be still further on the horizon.

The race to develop HIV vaccine has fluctuated wildly between crests of optimism, and troughs of disappointment. In 1984, it was to be ready in two years. What was expected to be a sprint became a marathon

Since Edward Jenner developed the smallpox vaccine in 1796, science has established that vaccines are the most reliable and time-tested method of disease prevention. Over the past 225 years, they have helped to either eradicate or prevent some of the contagious and life-threatening diseases, such as polio, measles, rabies and yellow fever. It is, therefore, logical to believe that a vaccine will be the silver bullet in the fight against HIV.

In 1984, the US Secretary of Health, Margret Heckler, sounded sanguine as she announced, “We hope to have a vaccine ready for testing in about two years....”  Yet, after close to four decades, it remains elusive despite some of the best minds working to crack the code, backed by billions of dollars.  It’s apparent that the sprint has been lost; the marathon is yet to be won. The race to develop a vaccine has fluctuated wildly between crests of optimism and troughs of disappointment.

The latest blow to this quest came on February 3, 2020, when the Human Vaccine Trial Network (HVTN) 702, a large-scale efficacy trial that was being carried out in South Africa, was discontinued after failing to prevent HIV. It held promise since it was based on an earlier trial called RV144 that was carried in Thailand and showed a 30% drop in infection.

Earlier, in 2013, the plug was pulled on the $ 77 million HVTN 505 trials after the data revealed that the candidate vaccine failed to protect against the wily HIV. An International AIDS Vaccine Initiative report quoted Scott Hammer of Columbia University, the principal investigator in the trial, as saying that it illustrates the toughness of the adversary. “It’s a hard blow. There is no sugar-coating it, it’s a disappointment, but I think we got a clear-cut answer to the questions asked. We need to be humble in this field.”

At the time of writing this story, 22 different clinical studies were in various stages of progress in 19 countries around the world, according to Global Advocacy for HIV Prevention (AVAC) research tracking database. Now, hopes are pinned on the two other large-scale studies – HVTN 705/ HPX2008 (the Imbokodo Study) and HVTN 706/ HPX3002 (the Mosaico study). HVTN 706/ HPX3002 trials, which started in 2019 and will continue until 2023 with a roster of 3,800 participants, have entered the third phase. The remaining trials are still in the first or second phases. 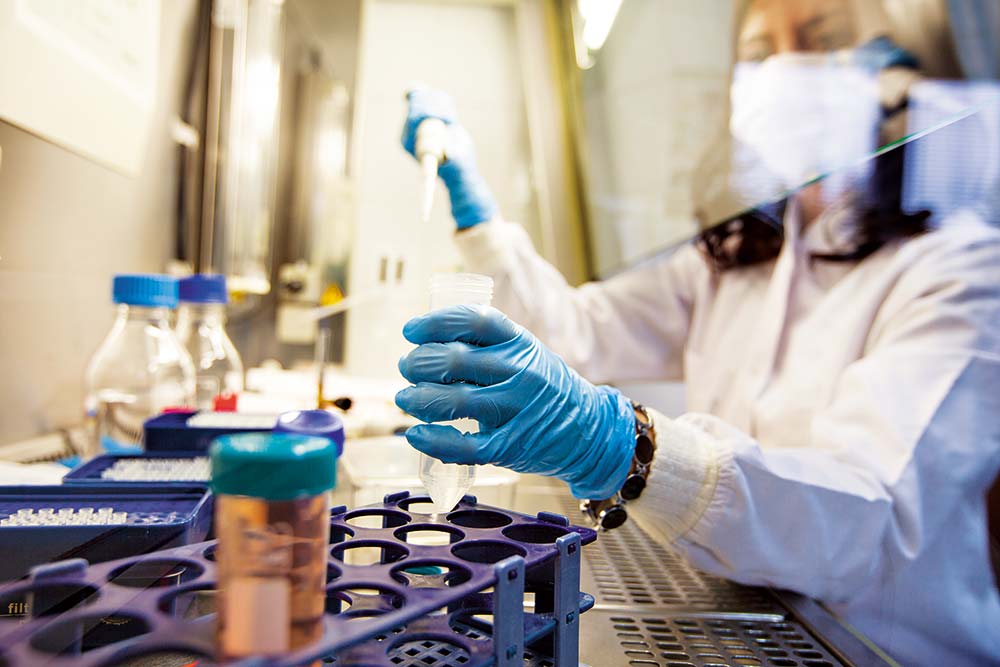 Despite the omniscient march of science, decoding the mysteries of the human body’s immunology (security system) remains a work-in-progress for the most part. Only now, science is getting a better understating of how the naturally occurring Y-shaped broadly neutralizing antibodies (bNAbs) that are produced by the B cells of the immune system could provide a pathway to develop a vaccine that could be both preventive and therapeutic. To this extent, “elite controllers” might hold the key to opening another strategy option for developing a potent antidote.

Elite controllers are individuals who tested HIV positive, but the virus remained dormant naturally inside their bodies and did not progress to AIDS. Scientists have successfully isolated bNAbs from such individuals and identified the shape and structure of these Y-shaped super soldiers and how they bind to the surface protein of the HIV virus to prevent it from propagating further. Such individuals continue to remain healthy despite being HIV positive.

Since it’s known that the human body takes time to produce combat-ready bNAbs, researchers are digging deep to map the exact production process called “affinity maturation” that transforms these antibodies from “naive” state to active defenders. These antibodies prevent the virus from bonding with the CD4+ cells (T cells) that combat infection. Imagine these miraculous Y-shaped super fighters like an army of ants, ring-fencing the virus to prevent it from causing any damage to the command centre (T cells). The catch is that less than 20% of HIV-positive individuals produce bNAbs naturally that can keep the virus contained.

“Scientists studying the affinity maturation pathway have defined key steps, and mapped the evolution of bNAbs in HIV-positive indi­viduals. This information can be used to identify immunogens and design vaccines that induce potent bNAbs. Researchers are also looking at gene transfer approaches that deliver genes by injection that can make bNAbs,” says a research extract published by AVAC.

The solution may lie in humans who are HIV positive, but show no signs of AIDS as the virus remains dormant in their bodies. They contain super-soldiers that act against the virus

Currently, HIV Vaccine Trials Network and HIV Prevention Trials Network are conducting two trials called Antibody Mediated Prevention (AMP) to test the efficacy of a vaccine. Unlike conventional trials in which participants are administered the candidate vaccine and researchers wait to see how the antibodies are produced, in AMP trials, this step is skipped. The participants are given an intravenous infusion (drip) of VRC 01 antibodies. These antibodies attach themselves to the gp120 protein layer of the virus, neutralising its ability to bind and infect the T-cells (CD4+). At least, that’s the theory. The results of these trials are yet to trickle in.

It is worth pondering what makes the virus such a slippery customer that it hasn’t been tamed. The answer is how this shape-shifting virus works. To start with, the virus is a prolific progenitor and mutates with equal speed, rendering the bNAbs useless. Then it attaches itself to the CD4+ fighter cells and takes command of them before producing more infected fighter cells, setting off a self-sustaining viscous cycle that leads to the collapse of the immune system.

To complicate matters, the virus has a few sub-types. In North Ame­rica, sub-type B is prevalent, and in Africa, sub-type C is more common. As on date, nine sub-types have been identified. As such, for any vaccine to work on a mass scale, it needs to be effective against the various sub-types.

Given the complexities involved in developing a HIV vaccine, it seems that the good doctors of science are locked in a mortal combat against the villainous Mystique and her Brotherhood of Mutants.

The Mosaico trial uses a combination of two vaccines, following the prime-boost strategy: Ad26.Mos4.HIV (prime) + Bivalent aluminium phosphate Clade C gp140 and Mosaic gp140 (boost). This heliographic is not a launch code of a nuclear missile, instead, in simple terms, it means the participants are given two vaccines containing genetically modified material from the HIV virus spread over a period of time. The vaccines do not cause HIV infection.

The first part of this esoteric cocktail uses modified adenovirus or common cold virus as a carrier to deliver four genetically engineered strands of the virus using intramuscular injection to “prime” the body’s immune system against foreign invasion. The second vaccine that is meant to “boost” the immune system consists of two components of the HIV virus’ subtype (clade) C gp140 and mosaic gp 140 outer protein layer mixed with aluminium phosphate as an adjuvant, and is administered intramuscularly. This study is being carried out in the US, Mexico Argentina, Peru, Poland and Spain among cis-gender and transgender men who are HIV negative inn the 16-60 age group. The results of this study are expected to trickle in by 2024. In fact, the HVTN 706 is a complementary study to the Imbokodo trials in Africa that uses the same prime vaccine, but a variant of the boost vaccine without the mosaic gp140 protein component.