Google is like this abominable cousin who used to be called a ‘walking ­encyclopaedia’—it piles on fact over fact to bury ­imagination. It nullifies the experience of age; it dulls the exuberance of youth. 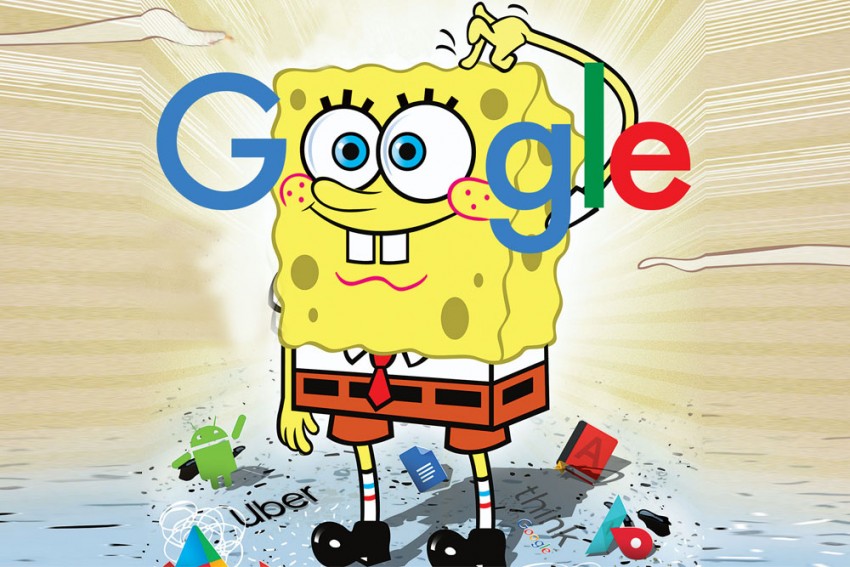 The cab hailing app says Harinder will be there in three minutes. And he is. He taps his phone smartly and asks if we shall proceed. I nod. “Go onn sttrait for ttwo killometers,” the lady in his phone twangs. Harinder is chatty. “Arre wah, sirji, what is this gol building?” he asks. It’s the Parliament. “Ah, even bigger, what’s this?” he ­wonders. Rashtrapati Bhawan. Is he new to Delhi, I ask? “Yes, sirji, came the day before yesterday from Hoshiarpur. My brother asked me if I want to drive a taxi. I said why not.”

I would always be filled with envy whenever I saw the sequence in a Hollywood film noir when on a rain-drenched night the hardboiled gumshoe dodging the hoodlums would hail a taxi, give a chit of paper to the driver and ask him to hurry. In India, it is unthinkable. First, there will be no taxi. If you found one, he would refuse. If all went well, chances are the cab driver would ask the chasing hoodlums for directions when you gave him the chit with the ­address. But Google Maps takes the cabbie’s ignorance streets ahead. Harinder, for instance, could be driving in Boston or Bosnia.

Google is like this ­abominable cousin we used to call a ‘walking encyclopaedia’. Piling on fact over fact to bury imagination, it nullifies experience of age, dulls exuberance of youth.

“Arre, her professor looks like that American actor,” says a friend looking at a photo her daughter has sent from the University of Chicago. “You know, that big blonde guy who used to boast of dating all the leading ladies; the one couldn’t act much, but had great screen ­presence?” We look askance. “The one who was there in the movie about the comic character, it was partly animation?” she implores us. “There was Madonna as Breathless Mahoney?” The actors’ name is on the tip of all our tongues, but nobody can ­remember. A Google search would have told us she is thinking of Warren Beatty and the film she is referring to is Dick Tracy. But if we don’t Google, like we did not that balmy evening as it was a ‘phone-off’ dinner, the ­conversation takes us to other places, to films made of graphic novels, to Alan Moore’s From Hell, was the identity of Jack the Ripper ever proven, is it okay to cheer Lector Hannibal to ­escape from prison…

Google kills any conversation that begins with who was that who wrote, or sang, acted, painted, performed, invented, created, won or lost. The search engine is Jeeves to the power of infinity and makes a woolly-headed Bertie Wooster of all of us. It takes the juice out of any discussion where the mind wanders; it’s like this abominable cousin who used to be called a ‘walking ­encyclopaedia’—it piles on fact over fact to bury ­imagination. It nullifies the experience of age; it dulls the exuberance of youth. Google is post-debate, post-curiosity, post-ponder.

An unexamined life if not worth living, Socrates had quipped long ago. Google is the nemesis of Socrates, it makes examining too lazy.