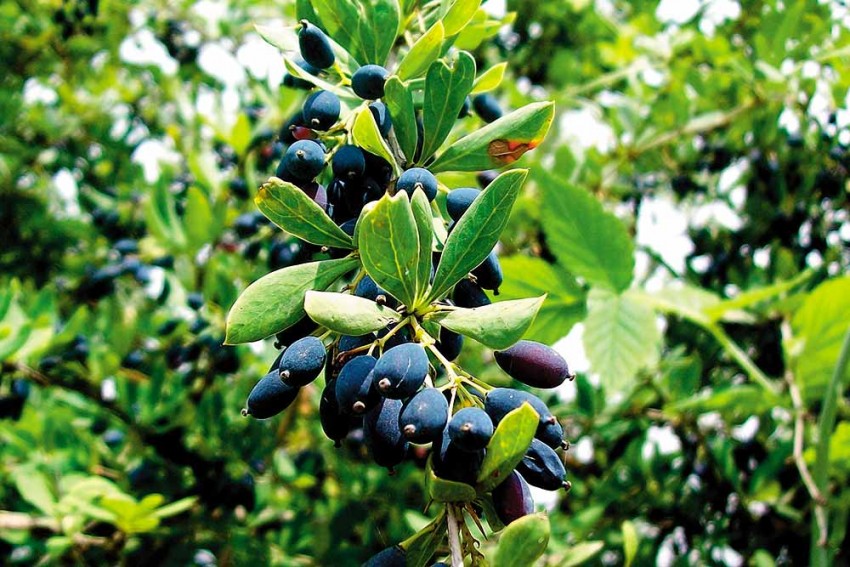 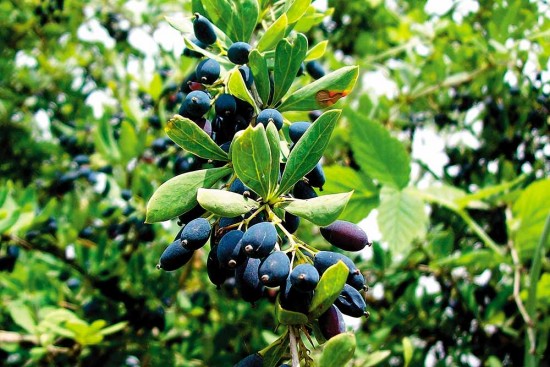 I’ve been sorting my stack of hill books, and browsing—an unavoidable aspect of sorting—through those old favourites, The Snow Leopard and The Valley of Flowers. The first few pages of a book by Frank Smythe mentions the town where I live: “On June 1st I arrived at Ranikhet from Naini Tal...”

My copy of The Valley of Flowers was annotated in the margins by its previous reader, a half-Hungarian woman who spent the last years of her life in Ran­ikhet. Her notes have little to do with Smythe’s thoughts on solitude, freedom, nature or his contemplative prose. “Remember to take napkins for cleaning dishes,” says a scribble next to a paragraph about the cook wiping dishes on his shirt. Mosquito nets and ration lists are marked up, as are places where swathes of primulas and gentians had been sighted. I noticed that both Peter Matthiessen and Frank Smythe, during their walks in Nepal, came upon bushes of kilmora, a wild berry that is all over Ranikhet in the hot months. The writers call it by its Latin name, Berberis aristata.

“After climbing some 1,500 feet we emerged from the forest on to a shoulder where I found monkshood in seed, then traversed steep hillsides covered here and there in juniper and berberis, B. aristata.”

(The Valley of Flowers)

“At this altitude, near 7,000 feet, the trail passes among oaks...This cloud forest—who knows?—may hide a yeti. At the wood edge, alder and ilex, viburnum, barberry, and rhododendron, daisies and everlasting wild strawberry...”

I noticed one summer, in my own wood’s edge, bushes from which bluish-purple berries hung in bunches. I plucked a few—an enterprise fraught with scratches and blood because of the thorns. Showed them to the old woman herding cows nearby. This woman is Pande-the-chowkidar’s wife and we have known each other for many years. Whenver she notices me walking she likes to say, “Some people’s only work in life is strolling.”

“Kaphal isan annual summer treat and everyone in town fights for a fair share of hisalu and kaphal, but nobody seems interested in the humble kilmora.”

She peered at the berries in my palm. Children eat it, she said, full of mirth at my suggestion that jam might be made from it. “Where’s the juice in it? It’s all seed, and the seed is bitter.” She told me it was the roots of the plant that were very useful—dried and powdered, the root could cure everything, from ulti to bukhaar.  At this point a phone rang. She plucked it from the waist of her sari and tucked it under her ear, settling on her haunches. After a few minutes she took out her knitting needles from a bag beside her; they clicked even as she chatted into her phone and kept an eye out for her wayward cows. I had been dismissed.

I carried on walking and around the next bend the bushes had bright golden bunches of wild raspberries, hisalu or yellow Himalayan raspberry. A few loops further down, a paunchy man was poised dangerously in the crook of a kaphal tree, trying to pluck berries just out of reach. His wife and two children stood below, urging him on.

The kaphal (bayberry/box myrtle) is an annual summer treat and everyone in town fights for a fair share of hisalu and kaphal, but nobody seems interested in the humble kilmora. Searching through Polunin and Stainton’s Flowers of the Himalaya, I found that “extracts from its wood, bark and roots are used medicinally”. When I asked friends about jamming the berries they adopted the compassionate look of people faced with ignorance.

Another friend, a poet in Dehradun, had never seen it but was much taken by its common English name, which apparently is Indian ophthalmic barberry. Probably because the first two lines from one of his poems keep playing in my head at unexpected moments, I wonder if the kaphal might figure in his poetry some day:

“Was that a barbet I heard
In the jujube tree?
Or walking sticks rattling
In an empty cupboard?
Are questions I ask
All summer long.
Then when vacation ends,
We pack our bags,
Lock up the place,
And return to the plains.”

I came back home the next day with more scratches and many more kilmoras. I boiled them up, strained out the seeds and then boiled them some more with sugar. My kilmora jam was translucent, gleaming purple, sweet with the faint touch of bitterness that good marmalades usually have, and delicious with stacks of hot pancakes or buttery toast. I gave Pandeji-ki-biwi a big bottle.

(Anuradha Roy is an author based in Ranikhet)

A Requiem For Kempty