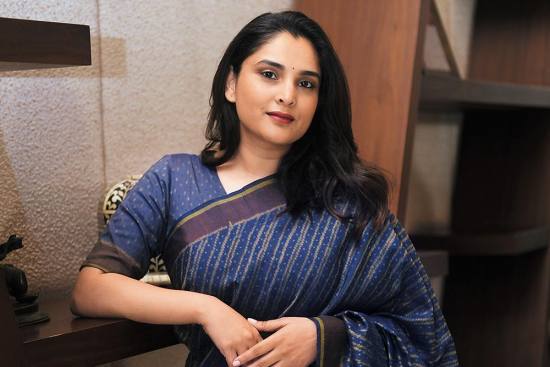 Speaking to Outlook on the sidelines of the Speakout, Divya says that fake news is her biggest professional challenge. “Fake news can be gossipy, with lots of masala. Truth can be boring. We have to tell truth in an interesting way to counter fake news. Because of the way people consume information today, it has to be entertaining, creative,” she says. The merciless trolling she faces on social media shows how Divya’s sharp takes on social media make bigger impact at times than the statements by many of her senior party colleagues. Even after the sedition case against her, Divya was undeterred and kept skewering the NDA government through her tweets.

Divya speaks the way she tweets—crisp, sharp and to the point. At a panel discussion at Speakout, she said she never wanted to be an actor or a politician and that she makes the most of what life has in store for her. “Life itself drives me,” she said. “I love what I do. No complaints,” she says. “Social media reflects the kind of society we live in. If we come up with better laws, social media will change as well.”

Divya takes pride in the fact that her team in the...