So, Who Minds A Bit Of Gore? 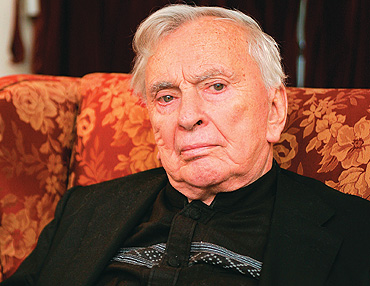 Literary agent Mita Kapur, one of the organisers of the Jaipur Literature Festival, has never felt more like a harassed travel agent. With less than a week before the curtains go up on India's most popular literary festival, she's busy handling last-minute hotel bookings from publishers, agents and readers across the world. This is one literary party that no one wants to miss—in Jaipur next week from January 20-27.

For a litfest that started with a single writer addressing a dozen readers in a poky little room at the local university four years ago, the Jaipur litfest has come a long way. This year, for example, the litfest has not only managed to raise over Rs 1.35 crore from a variety of sponsors, including banks, breweries, airlines and a construction company, but has also bagged two of the world's best-known literary stars: Gore Vidal and Ian McEwan, besides nearly a hundred writers from the subcontinent, and publishers and agents from India as well as UK, France, Norway and China.

What turned a modest local event almost overnight into something that promises to become a highlight on the world's literary map? There are as many versions as there are participants. According to French publisher Marc Parent, it's to do with "the outbreak of Indian literature in the world". The rush to get into the Jaipur litfest, according to him, reflects the world's interest in Indian writing. "A powerful country brings a wave of powerful culture."

There's some truth in this—that if the Jaipur litfest hadn't come along, it would have had to be invented—as Indian publishers witnessed at the Frankfurt Book Fair last year. Suddenly, editors and publishers from across the world were approaching them with a new question: "Is the Jaipur litfest worth marking out on our calendars?" The trade's bush telephone has undoubtedly swelled the crowds of foreign publishers, agents and editors in Jaipur this year.

But it has also had a reverse impact: Indian publishers were in turn forced to sit up and take notice of a local event that had almost guilelessly captured the world literary community's attention. As the chief editor of HarperCollins, V.K. Karthika, puts it: "This is the first time I'm going to the Jaipur litfest, but from the buzz about it in Frankfurt, I guessed this is one Indian litfest that's inching forward to becoming a major event on the world literary map." Like other mainstream publishers, HarperCollins is competing with rivals to use the litfest as a launching pad for its latest big title, Kunal Basu's The Japanese Wife—which is being made into a film by Aparna Sen (who will also be there). "Unlike a book launch which is an investment in a single event, a litfest gives us a world-class platform," says Karthika. And the icing on the cake: a chance to strike deals with foreign publishers and agents who will be present; and widen her hunt for regional authors in translation.

The buzz hasn't only affected publishers, but reached our diaspora writers as well. Manil Suri says he heard about the litfest from friends who'd been there last year. Reports from his writer friends like Kiran Desai and Suketu Mehta were enthusiastic enough for Manil to readily accept an invitation to the event. "It's the mix of activities that is attractive—not just literature, but art and music as well. Even so, I probably couldn't have spared the time to go in a year devoted to promoting my new book (The Age of Shiva) if I didn't know it would be a great way to promote it in India." 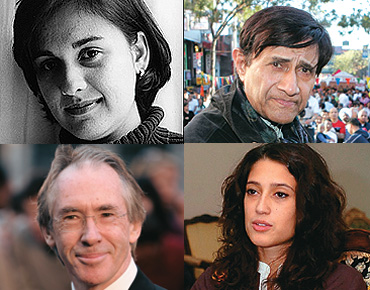 Just how irresistible this mix of work and play has proved is apparent from the steady stream of inquiries still pouring in at the festival headquarters in Jaipur. Among the last-minute confirmations are Fatima Bhutto and Aamir Khan. Several more, including Indra Sinha, Kamila Shamsie, music memoirist Namita Devidayal and 'tree man' Pradip Krishen were squeezed into parallel events at a newly-sponsored tent by Outlook for readings. Dozens of writers who wanted to be part of the programme had to be turned away with a promise to be accommodated next year. Dozens more, including Amartya Sen and Ramachandra Guha, decided to take rain checks for next year because of their schedules. It has turned out to be the season's most fashionable squeeze.

And it nearly didn't happen. William Dalrymple, one of the festival's three directors, says, "The prospect of holding the litfest this year looked really dim, even until October last year." Dalrymple, who regards the litfest as his own baby, stepped in to rescue it from going the way of most litfests in India: starting with a bang, and then folding up without a whimper. Until October, there were no star writers on the programme, and without them, no sponsors either. But three months of working the phone and e-mails by Dalrymple have produced results—a big budget, two-tent, star-studded affair that's attracting readers from across the subcontinent and beyond.

After all, as Dalrymple doesn't fail to point out triumphantly, "Where else in the world can you have world literary stars like Gore Vidal and Ian McEwan rubbing shoulders with an unknown or first-time writer from India? Where else can you have a litfest where the writers have no green room and are available all day to any reader who wants to meet them?"

But many feel such breath-catching growth has its own pitfalls. Will the litfest become a victim of its own success and collapse under the pulls in many directions? The tell-tale signs of the literary mafia is patent in the programme, with the same old faces in the same tired panels; rifts between the organisers have stretched the festival to an impractical eight days, and the charm of discovering unexpected and unheard-of voices is receding as the festival grows bigger; some of the warm intimacy may be lost in the confusion of two events going on at the same time; there are murmurs about it turning into a "gora sahibs' festival"; and more murmurs of it turning into a tamasha, more filmy than literary. Publishers complain they haven't been given enough space for their authors and books; writers complain they've been left out to make room for cronies...just the same old whingeing, Indian ishtyle, or is there something to it? Come to Jaipur next week and decide for yourself.