Despite vast allocations, Congress's standing with the poor hits a nadir 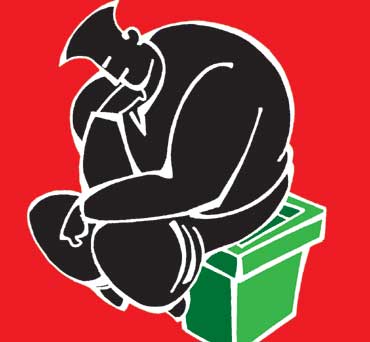 The fact is that the Congress is staring at defeat in the coming Lok Sabha elections. This was underscored by its failure to win even one of the three LS byelections, in Maharashtra, Meghalaya and Himachal Pradesh. Its hunt for scapegoats in Karnataka shows that it knows this. As someone who had welcomed the Congress victory in 2004, I cannot help wondering what, if anything, the party can do to retrieve the situation, but can find no answer. The party has run out of time. It did not so much fritter away the last four years as fail to understand, let alone address, the real needs of the people. It did not understand that to beat the anti-incumbency cycle in the states it had to connect with the people directly, and not through the state governments.

As I pointed out in these columns last week, the Congress did want to reach the people with programmes for rural health, education and shelter directly, through urban municipalities and panchayats. But the Left, into whose hands it had delivered itself, would have none of it. So its vastly increased allocations continued to pass through the hands of the state governments. After that, it did not matter whether they were put to good use or not. For voters would only know that the money and programmes had come from the state government. The credit (or blame) would therefore go to the party in power in the state, and not the party in power at the Centre.