Smoke On The Bioscope 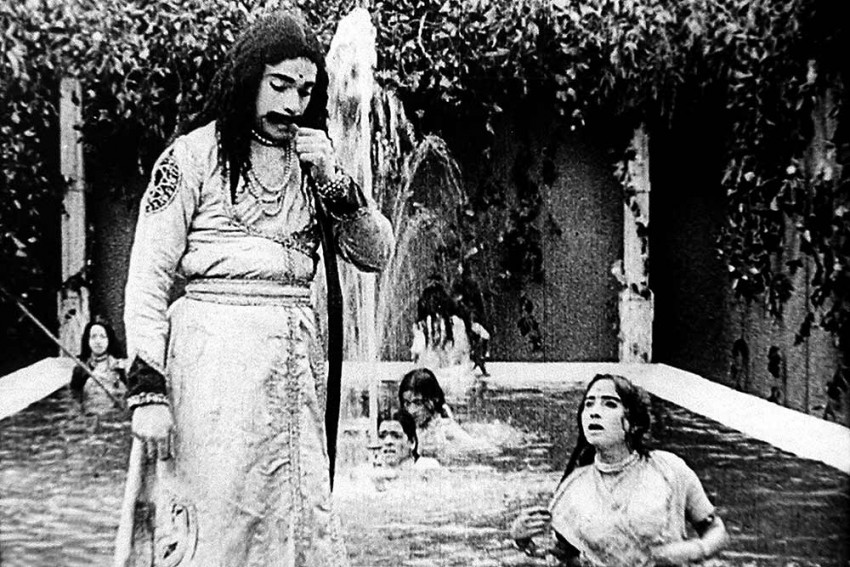 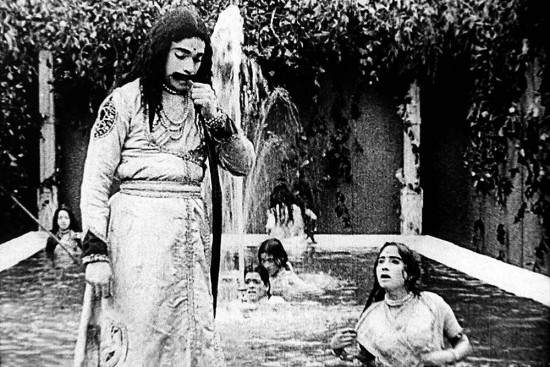 The Great War was the first major conflict in the age of the movie camera. Like literature, the movie industry was drawn to its drama, poignance, tragedy. Among the earliest movies on WW-I was the silent Wings (1927, dir. William Wellman), an extravaganza on the air war over France. Hundreds of extras, innovative techniques and 300 planes worked at the airborne shoots of gripping dogfights. It won the first ever Best Picture Oscar. Perhaps the best known WW-I movie is All Quiet on the Western Front (1930, dir by Lewis Milestone), with the unforgettable butterfly in the closing scene. A Farewell To Arms (1932, dir by Frank Borzage), set in the Italian Front, is a perennial favourite, and so is its concluding scene of tragic love made epic by the tolling bells. The other famous Great War film is Renoir’s Grand Illusion (1937), set in German pow camps. Benjamin Britten’s haunting composition War Requiem (1962) intersperses the Latin liturgy with settings of poems by Wilfred Owen. Lastly, there is the irrepressible Oh What a Lovely War, the pioneering musical set in the War by Joan Littlewood, which juxtaposes cheery song-and-dance with grim battle stats that ran as newsreel along the stage.

The First World War is cited as the first to be fought in front of the motion picture camera and also the one to irr­e­vocably change the business, art and craft of filmmaking, specially in France, Germany, Russia and the United States.

In India, though, it was a different story. The Indian film industry was a fledgling one when the Great War broke out. It had been just about a year since the release (at Coronation Cinemato­graph) and subsequent success of India’s first full-length motion picture, Dada­saheb Phalke’s Raja Harishchandra. And already the spectre of filmmaking finances drying up was looming large.

Indigenous cinema in any case had taken a long time to take off in India even though the Lumiere moving pictures had been shown in Bombay in 1896, just a year after its London screening. It would be another two years before Hira­lal Sen would borrow a camera off Professor Ste­venson and film a scene from the opera The Flower of Per­sia, giving India its first ‘film’, A Dancing Scene.

The country’s first documentary followed soon, in 1899. In that year, H.S. Bhatavdekar made The Wrestlers, showcasing a wrestling match at Mumbai’s  Hanging Gardens. A significant gap later, in 1912 to be precise, came Shree Pundalik, a photographic recording of a popular Marathi play.

But even back then cinema was an expensive proposition, what with its requirements of a studio, sets, camera and other equipment. The uncertainties of war rendered the risky business dicier still, stalling efforts before they had barely started. Much of it had to do with the fact that the country was under British rule, and “it was the British emp­ire”, as film historian Suresh Chhabria points out, “which bore the brunt of the war”. Much of the patronage, technical support and exchange of foreign knowhow consequently took a hit. “The moneylenders diverted their funds, using their money to buy commodities for the British army rather than put it into filmmaking,” says Chhabria.

Looking back, however, Chhabria does not see the three- or four-year setback as much of a loss in the 100-year history of Indian cinema. “Some of the cinema pioneers continued working despite all hindrances,” he says. There was enough work, in fact, in the fields of production, distribution and exhibition. Cinema continued to grow slow and steady; regional cinema in particular took wings like never before. But more on that later.

Jamshedji Framji Madan moved to Calcutta from Bombay in 1902, and went on to become a legend.

Somewhere in the middle of the war, in 1917, Phalke was to form his film company—Hindustan Films—in Nashik in partnership with five businessmen from Mumbai. The visionary that he was, Phalke wanted the financial aspects of filmmaking to be handled by experts in the field, so that he could concentrate wholeheartedly on the creative side. To him goes the credit of setting up the first model studio where technicians as well as actors could be trained. Phalke’s most noted films, in fact, came in the years immediately before and during the war: Mohini Bhasmasur in  1913, Satyavan Savitri in 1914, Lanka Dahan in 1917, Shri Krishna Janma in 1918 and Kaliya Mardan in 1919.

In the south, inspired by Phalke, Rangaswamy Nataraja Muda­liar made Keechaka Vadham, the first silent film of south India. The Hindi titles of this film, incidentally, were written by Dev­das Gandhi, the Mahatma’s son. Foll­owing the film’s commercial and critical success, Mudaliar went on to produce films on themes from the epics like Draupadhi Vas­trapa­haranam (1918) and Lava Kusa (1919).

Like Mudaliar in Chennai, Raghupathi Venkaiah Naidu laid the foundation for Telugu cinema, also in the war years. But he had been a pioneer in other respects. He had ordered a Chrono Megaphone as far back as 1909, a piece of equipment that related sound to picture, from John Dickinson and Company. He shot 12 short films and also travelled to Bang­alore, Vijayawada, Sri Lanka, Rangoon and Pegu to exhibit these films. He was also the first to build and own cinema halls in Madras. In 1912, he constructed Gaiety Talkies on Mount Road, the first Indian-owned cinema theatre in the city. He later constructed Crown Theatre on Mint Street and Globe Theatre in Parasuwakka. He also exhibited Ameri­can and British films in these theatres. It was after the war, in 1919, that he started a production company called Star of East Films and a film studio called Glass Studio. He sent his son, Raghupati Surya Prakash Naidu, to study cinematography in London and made his first movie with him. Meenakshi Kalyanam was shot in the actual Madurai Mee­nakshi temple locations. Later, they produced films like Gajendra Moksham, Math­sya­vatharam, Nanda­naar and Bhishma Pratigna.

No account of the era would be complete, though, without invoking the name of Jamshedji Framji Madan, who worked across all fields of filmmaking—production, distribution or exhibition. After working with Parsi theatre in Bombay, he moved to Calcutta in 1902 where he founded the Elphinstone Bioscope Com­pany and began producing and exhibiting silent shorts. These included Jyotish Sarkar’s Bengal Partition Movement in 1905. He also acquired India rights to Pathe Freres’ films. In 1917, he produced the first feature film to be shot in Calcutta, Satyavadi Raja Harishchandra. After the war, his business started growing rapidly, so much so that his film production business became a joint stock company with the name of Madan Theatres Limited in 1919, the year it produced the first Bengali feature film, Billwamangal. In the immediate aftermath of the war, Madan also brought a number of foreign directors to work in India on Indian projects: Eugenio De Liguoro to direct Nala Damayanti (1920) and Dhruva Charitra (1921); Camille Le Grand to direct Ratnavali (1922) and Georgio Mannini to direct Savitri Satyavan (1923). Even conflict couldn’t quite stop the march of Indian cinema.

Stream That In The Wadi