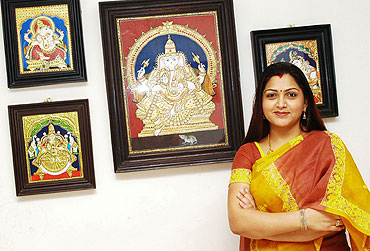 The defenders of 'freedom of expression' within Tamil Nadu were quite slow to react. The upper middle class and the intelligentsia hardly backed the beleaguered actress. The core conservative elements in society—cutting across caste, community and class—seemingly lent support to the street protesters. It was only after CPI(M) politburo members Prakash and Brinda Karat came out in defence of the actress that the state's Left leaders vocalised their stand. Even then, it had riders. "Those who disagree with Khushboo should resort to healthy and democratic means of protest though her views on pre-marital sex are not acceptable to the party," CPI(M) state secretary N. Varadarajan said.

Writer-publisher and social activist Ravikumar notes that society and religion in India have always supported both repression and sexual excess simultaneously. "In the West, a Victorian mindset and prudishness were encouraged by the church, till capitalistic values and the free market took over and encouraged free sex and sexual freedom. In merely talking of freedom of expression in the ongoing controversy, we reinforce the classic Indian binary of freedom versus repression. To understand the issues, we need to transcend this binary," he adds.