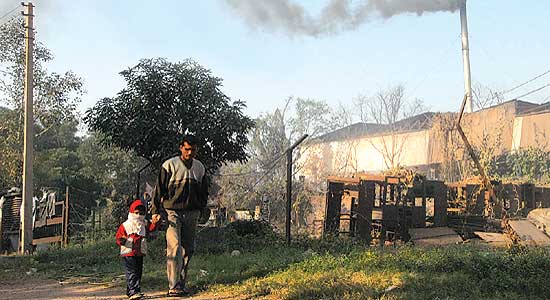 Back in 2006 Newsweek ranked Ghaziabad as one of the world’s “ten most dynamic” cities, waxing eloquent about its potential to emerge on the world map among counterparts such as Las Vegas and Toulouse. But now, in a drastic turnaround, Ghaziabad finds itself in an unenviable listing of the country’s most polluted regions. A revamped national pollution index, released last month by the ministry of environment and forests, ranked the city as the third-most polluted in the country among 88 zones studied. The index also reveals the environmental damage caused by the unregulated growth in the national capital region. Noida, Faridabad and the Najafgarh drainage basin are among the 20 most polluted clusters in the country. The top two honours for being the dirtiest were bagged by the chronically polluted industrial zones of Ankleshwar and Vapi in Gujarat. The list terms the top ten spots as “alarmingly polluted”, raising serious concerns about the ecological impact. There is little respite for the other zones; among them 65 are either “critically polluted” or “seriously polluted”.

This ranking is the first structured indexing of India’s polluted zones, which until now was random and not corroborated with strong data. “Once the pollution control boards’ monitoring network is strengthened to give us consistent, regularly updated data, we will look at the impact this pollution has had on all forms of life, and collaborate with local experts to develop a holistic index,” says Mukesh Khare, a professor of civil engineering at IIT Delhi. The indexing system was jointly developed by the Central Pollution Control Board (CPCB) and IIT Delhi. It uses data from the CPCB and looks at air, land and water pollution.