The author is president, Oxus Investments. His latest book is 'Imagine There's no Country'. 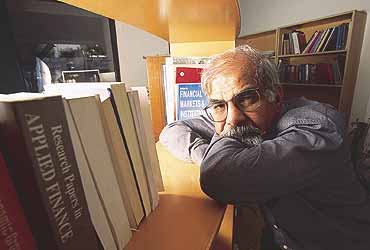 outlookindia.com
-0001-11-30T00:00:00+0553
Openness leads to more efficiency, greater growth, and boredom. Once the ministry of finance took the unprecedented step of openly discussing tax reform on the web, via the Kelkar report on taxes, the suspense about the budget has disappeared. But there is still a big mess to be cleared up.

This mess is the possible continuation of the biggest financial scam the world has ever known, much bigger than all the Enrons put together. It is done in the name of the poor and like all such (deliberately?) misguided attempts, it benefits precisely the people it should not. It is worth Rs 1,00,000 crore annually, or close to half of the combined deficits of the Centre and the states. Or half of the entire financial savings of the household sector! So the next time you protest about the deficit, think about RPPR, or Robbing the Poor to Pay the Rich.

RPPR is not the official name of the scheme; it is magnificently titled "Small Savings". These are deposits of the poor in "small" amounts at government banks, guaranteed by the government and as good as government paper, the kind that all the foreigners are buying in order to avail of the juicy 6 per cent interest rate they carry. But India’s "poor" cannot survive on only 6 per cent; no, they need 9 per cent, or what works out to a 7 per cent real interest rate.

India’s "poor" always needed interest subsidies to supplement their meagre incomes. First, the transfers were through guaranteed returns in equity schemes, also known as the Unit Trust of India. This was also worth the same 50 to 100 thousand crores. But that scheme ended in shame. So where were the "poor" (also known as the rich corporate sector in India) going to get juicy, fat, excess, riskless returns of around 9 per cent? Why, in small savings schemes!

Why does New Delhi continue to subsidise the rich? Because it thinks this is the only way to raise money to finance the spending extravaganzas of the states. So, the states need money that goes for fertiliser subsidies for corporations who produce fertiliser well above international prices. Or to subsidise hotels, computers, airlines for the poor. Who in his right mind would finance this theft? The people, of course, as long as they are told that this will help the poor.

There is a way out of this scam. The Reserve Bank of India issued a report last year recommending that the yields on small savings deposits be tied to yields on government securities. Which simply means that yields on small savings deposits should decline from 9 per cent to 6 per cent. Think of the bonanza to you (and the economy) if your borrowing rate was to decline by 3 percentage points! When you look for reform in the forthcoming budget, see what the mandarins are doing about Scam Savings.