Farmers refuse to give up land for industry 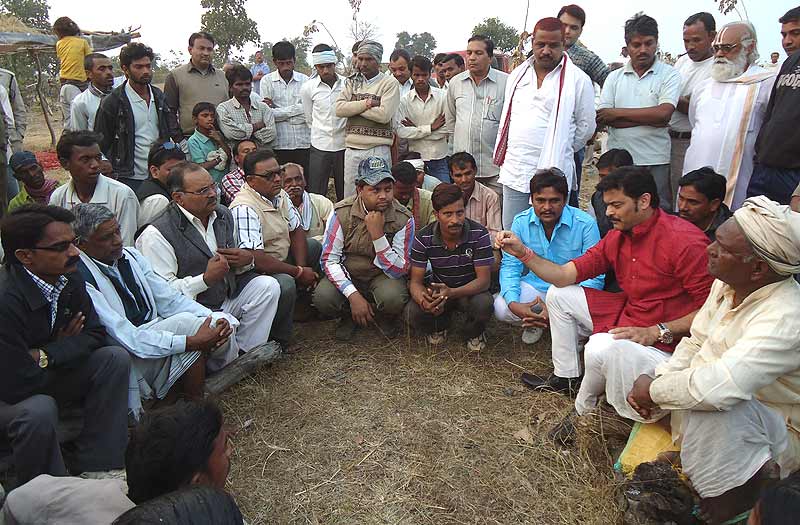 On the one hand, Madhya Pradesh chief minister Shivraj Singh Chauhan, who calls himself a ‘kisan ka beta’, wants to earn a following with farmers. On the other hand, he wants to be seen as investor-friendly. But industry needs land; so do farmers. And farmers seem unwilling to give up their land. Whatever the price offered. On November 13, Sunia Bai, a woman farmer from a village in Katni district, to the northeast of the state, committed suicide by setting herself ablaze. She’d received a government notice asking her to vacate her 4.5-acre farmland. It was part of 920 acres being acquired by the government for a 1,320 MW thermal plant being set up by Welspun Energy Ltd.

The woman’s death triggered a chita satyagraha: setting up funeral pyres in their fields, farmers threatened to immolate themselves if their land was taken. Later, a farmer from Katni tried to kill himself by consuming poison. This time, the protests were  violent. In panic, the government sent agriculture minister Ramkrishna Kusmaria to the region. Instead of cooling tempers, he inflamed the protesters by calling them dalals.

The opposition Congress sprang in: at a December 2 kisan rally in Katni, AICC general secretary Digvijay Singh lambasted Chauhan’s “anti-farmer policies”. He sat upon a pyre in symbolic solidarity with the farmers. Ajay Singh, leader of the opposition in the Madhya Pradesh assembly, says, “Even the British raj did not suppress farmers this way.”

Madhya Pradesh CM Shivraj Chauhan is in a quandary: he can’t alienate farmers; he can’t turn away industrialists.

A defensive Kailash Vijaywargiya, the minister for industries, says the government is investor-friendly but will not harm farmers’ interests. “The rehab package we offer displaced famers is better than what the government of India offers,” he says. “Compensation was given two years back, before taking over their land.” But Sanjay Pandey, a Congress MLA from Katni, says the problem is that fertile land is being taken over when there are large chunks of arid land available in the vicinity.

The government had more cause for caginess: the state human rights commission ruled that the police had used excessive force on farmers blocking a highway in May in Raisen district. One farmer had died in police firing. The commission also determined that 18 rounds fired on the protesters had come from an AK-47 assault rifle.

The quandary Chauhan faces is that, at a global investors’ meeting in Indore, the government had signed MoUs with 108 companies, promising them land. Under agreements signed earlier, land is to be procured for 60 industries. Of these, Moser Baer seeks 1,800 acres for a thermal power plant in Anuppur district and the Avanta group seeks 800 acres for a power plant in Seoni district. An MP Industrial Development Corporation report says private investors have already acquired 19,000 hectares of farmland for setting up industries. Farmers are wisening up. In the Chhindwara, Singrauli and Damoh districts, protesters say they won’t have their land taken under an antiquated, 177-year-old law.

The spate of investors’ meets Chauhan has organised stands in opposition to his attempts, in years past, to project himself as a kisan ka neta. In 2011, he had threatened a protest fast if the Centre did not clear a Rs 2,200-crore compensation package for farmers who lost their crop to hailstorms. He then treatened a dharna outside Parliament if the Centre failed to supply enough gunny sacks for storing wheat procurements. And earlier this year, the state procured 85 lakh metric tonnes of wheat—the largest procurement among all states. Chauhan began to be seen as a benefactor of farmers.

Now, he’s in a fix. If he wants to keep industrialists smiling, he will have to provide land. And that will hurt farmers. It will be interesting to see how he wriggles out of this sticky situation.

Show Us The Funnies