High rates, extortionary practices are the reality. But the big fish are moving into microfinance. 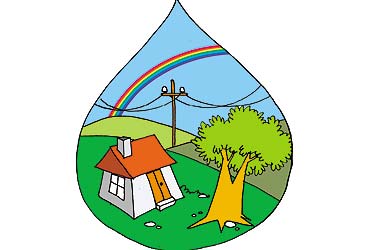 outlookindia.com
-0001-11-30T00:00:00+0553
The future, said management scientist C.K. Prahlad, lies with those that see the poor as their customer. And microfinance institutions (MFIS) have been the biggest beneficiary of this vision. The Nobel Peace award to Mohammed Yunus and his Grameen Bank, the first successful MFI in the world, lends strength to such efforts in India, which is attracting huge amounts through venture capital funding, and is now seen as the only hope for the 97 per cent of the poor, who have zero access to credit.

Of late, the sector has come under heavy flak in some states for exorbitant rates and extortionary recovery practices. India is probably the largest market for microfinance services, attracting unprecedented investors like technopreneur Vinod Khosla. Growth has been a scorching 20 per cent plus, with some outfits growing even at 150-200 per cent. Some 2.23 million self-help groups (SHGs) are now linked to the formal banking sector, compared to 1.16 million in March 2005, says NABARD. Nearly 78 per cent of the members are rural, 95 per cent among them women. Retail banks like ICICI, HDFC, Citibank, ABN-Amro and Stanchart have also entered the fray. With innovative instruments like securitisation of debt and I-cards, ICICI has already cornered 40 per cent of the banks' business. On March 31, 2006, ICICI had 102 MF partners with cumulative outstandings of Rs 2,350 crore against over 3 million low-income clients.

Says Nachiket Mor, executive director, ICICI Bank: "Out of the Rs 40,000-crore annual demand in rural India, barely Rs 2,000 crore is met by banks. Microfinance is still a tiny fraction of this, simply because its growth has been severely restricted. But it remains a sector with huge potential." ICICI estimates the market (including housing finance demands) at Rs 60,000 crore, 80 per cent of which is currently met from informal sources. But, says Vikram Akula, CEO of Hyderabad-based SKS Microfinance (which received $2.5 million from Khosla and Unitus), assuming a minimum need of Rs 25,000 per household per year for 100 million households, the debt market would easily come to Rs 2.5 lakh crore. The leveraged equity needs then would logically be one-eighth of that, or over Rs 30,000 crore.

According to Vijay Mahajan, founder-director of Basix, one of the early successes, MFIS have met about 9 per cent of the demand with its total (institutional onlending plus MF companies) disbursed cumulative credit of Rs 12,500 crore, one-third of which is outstanding. Specifically, he says, the bank-lending-through-SHG model, which accounts for 65 per cent operating MFIS, has a total outstanding (including savings) of Rs 4,000 crore as of March 2006. The MFIS operating under the Grameen model (onlending agent) are 20 per cent of the total, with total outstanding of Rs 2,000 crore. The big ones themselves account for Rs 1,200-1,500 crore of this.

The UN year of microfinance, 2005, proved an inflexion point in India. Budget 2005 granted "banking correspondent" status to MFIS and strengthened the National Microfinance Fund under NABARD with an incremental corpus of Rs 100 crore, redesignating it the Microfinance Development Equity Fund. The immediate trigger was the collapse of the cooperative credit system which, according to the Vaidyanathan committee, will now need funds of Rs 14,000 crore to revive—a near-impossibility in current fiscal situations. Since the '90s, the poor's access to bank credit has got severely curtailed, mainly due to the banking system's need to manage its NPAs, and the evidence is in the two preliminary findings of the recently set-up Rangarajan committee on financial inclusion. One, the lower you go down the income ladder, the lower the access to credit. Two, the decadal debt surveys make it clear that the share of moneylenders in rural credit, which dipped steadily till 1991 to 42 per cent from a high of 90 per cent, has gone up to 53 per cent in 2002. No wonder that microfinance has become such a rage.

What really changed between the late '90s and now is that microfinance has become commercially viable, so much so that governments and its officers running SHG-based programmes are now in direct confrontation with MFIS. In Andhra for instance, where, for votebank politics or bleeding heart, the state wanted to lend at 3 per cent yet found few takers. Of late, the state machinery has come down heavily on even RBI-registered MFIS in Orissa and Karnataka, accusing them of extortionary rates and practices. Some of it could be because, as Sanjay Sinha, executive director, M-CRIL, describes it, "in any fast-growing economic activity, there is some tendency to over-heat at the margins. This has led to some over-enthusiastic lending and strong-armed collections in a few cases." But, Sinha adds, we need to get rid of the restrictions and pressure on MFIS, else it will set back the ability of the poor to raise finance.

Says Mahajan: "It has been universally accepted now, even by the RBI and Planning Commission, that it is not viable to lend below 24 per cent." Indian microfinance rates on average have hovered around 25-30 per cent per annum, which at one to one-and-a-half per cent for 15 days seem harsher than urban retail loans. But the former are typically rolling trade credit, which is costlier, yet give stiff competition to moneylenders charging 36-60 per cent. Also, credit delivery is doorstep, and guarantees few. Says Akula: "Interest rate caps end up hurting the poor as it restricts the number of MFIS as well as the funds available. In AP, major banks are withdrawing because of the state backlash. Is that good for the poor?" 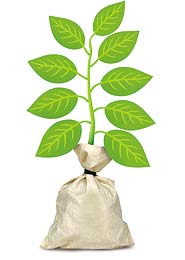 Right now, capital is not a major constraint for MFIS with venture funds like the $10-million Bellwether, Unitus Equity, and Lok Capital working the scene. SIDBI uses a $134-million multilateral-aided equity line for onlending targeted at 5.4 lakh households. Fund needs in the next 10 years could be $150-200 million, says Mahajan.

Bank finance is swelling, but constraints remain. Loans tend to be too short—12-24 month loans when the MFIS themselves onlend for one year—and a little too expensive (11.5 per cent for new clients and 9.25 per cent for old). As a result, M-CRIL finds, financial expenses for MFIS account for 10.3 per cent of their loan portfolio—a high cost for clients. Even the RBI guidelines introduced in January have not quite taken off, registering only NGOs so far. Remember, Grameen Bank is self-funded and has recently given up its model of group liability in favour of individual liability, which increases risk.

The other unresolved issue is the legal change allowing MFIS to accept deposits from their clients and in turn reduce their cost of funds to around 7-8 per cent. Another proposal is of partnerships with specialists to create a secondary microloans market. That could create liquidity which, together with the bill that is taking shape, would take Indian microfinance to a new level altogether.