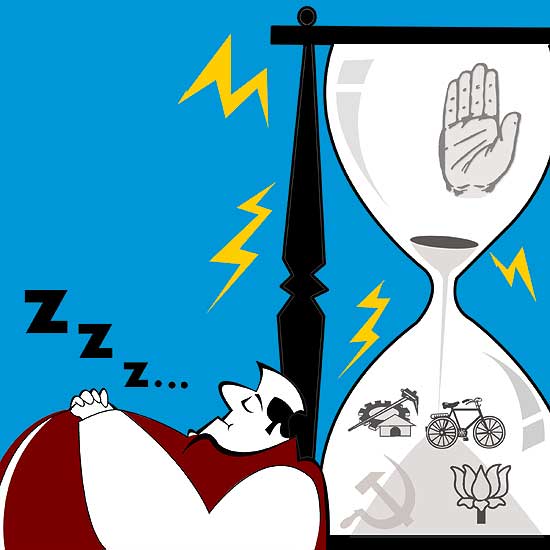 People did not come spilling out onto the streets with fury like they would have in the ’60s or ’70s. Nor was there a complete chakka jam or shutting down of shutters for an entire day as happened many a time even in the ’80s. Yet, judged by the yardstick of the declining trend of political mobilisation in the past decade or so, the Bharat Bandh called by the Opposition was not as flop a show as the Congress would like everyone to believe. There was disruption not only in the NDA and Left-ruled states, even Congress-ruled states like Maharashtra and Rajasthan were affected.

This, despite the fact that these states have voted the Congress to power only recently whereas the Opposition has been ruling many of its states for quite a while and the Left is not in the best of shape in the states it is in power. Even with these incumbency handicaps, the Opposition cadres displayed a robust morale in the states ruled by them and were imbued with enough enthusiasm to overcome demoralisation in the Congress-ruled states. Major opposition forces like the BJP and the Left may not be in the best of health organisationally but it was the issue they raised—rising prices—that struck a chord with the aam aadmi. Inflation has hit not only the poor hard but is also burning a big hole in middle-class pockets. Which is perhaps why the middle class was not so vocal this time about bandhs crippling or paralysing lives and how disruptive it is as a mode of political protest.