Slog Over Histrionics In Kampala

Swarming with irregularities, rebel T20 leagues were shot down by the BCCI. Many are now moving abroad. 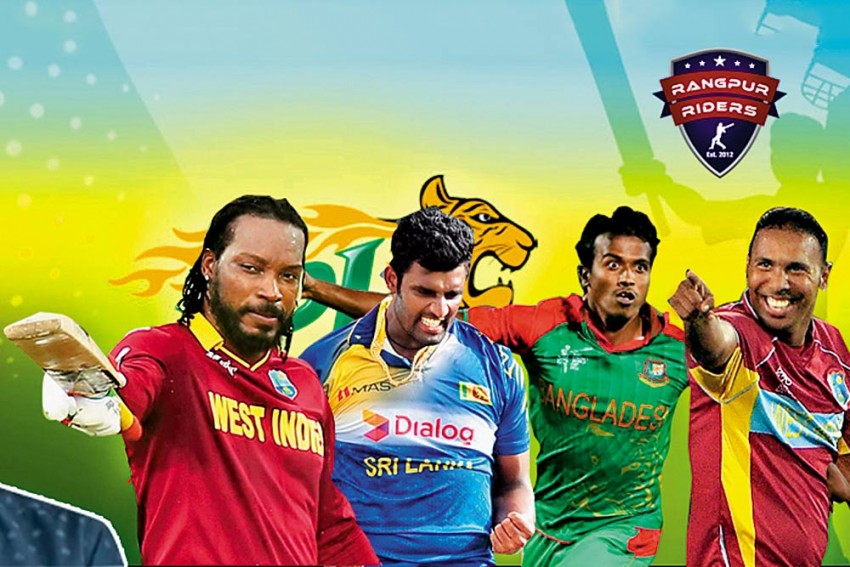 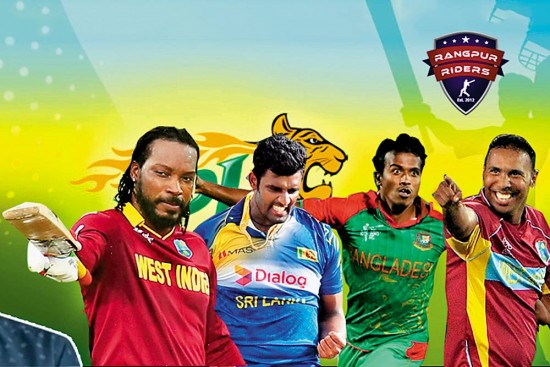 The success of the IPL spawned scores of T20 tournaments, often organised by dubious entities, that were ‘unauthorised’ by the BCCI. To stamp out the menace—some were reported to have been linked with betting and match-fixing—the Board had taken stern measures. State associations were notified, and pla­­yers registered with the BCCI or its affilia­ted bodies ordered to keep away. But the rebel leagues are not giving up without a fight. As the screws get tightened on them, many are spreading their net overseas—the main hub being the Gulf countries. But these T20 tournaments are also being played, or planned, in countries like South Africa, Mauritius, Sri Lanka and elsewhere, as defiant organisers refuse to buckle.

In recent times, the BCCI’s Anti-Corruption Unit (ACU), in joint operations with the police, has disrupted several unsanctioned leagues that had the patronage of well-known politicians and involved former India players. The stringent measures taken by the BCCI and its affiliated associations have forced some organisers to request the Board for approval, with the plea to let its registered players play in the leagues. Predictably, the BCCI has trashed such applications, and issued a fresh warning to players and match officials about the pitfalls of falling for the lucre.

Amongst those who recently app­ro­a­ched the BCCI was the Kota-based Raj­w­ada Cricket League, which organised T20 tournaments in 2016 and 2017. The Board, in turn, asked them to implement all of its anti-corruption measures if they wanted to conduct the 2018 edition. But they weren’t agreeable to that, and are now rep­ortedly planning to stage it in the Gulf.

BCCI ACU head Neeraj Kumar says that organisers have started turning to places like Doha, Abu Dhabi, even some in Africa. Some T20 tourneys that are going to be organised soon, or have recently taken place, are Doha Cricket League, Afro T20 Cricket League, Mauritius T20 Cricket Cup, Bahrain Premier League and Arabian Cricket Carnival. On the other hand, the ICC recently approved Global T20 Canada, while the Afghanistan Cricket Board’s application is apparently still pending.

So, what does the BCCI ACU do if unauthorised leagues shift out of India? “We inform the ICC Anti-Corruption Unit (ACU) and they look at it. But neither the BCCI ACU nor the ICC ACU have any policing powers. So, there’s only so much that one can do, except making an effort to instil fear [of law] in the organisers of private leagues,” Kumar tells Outlook. 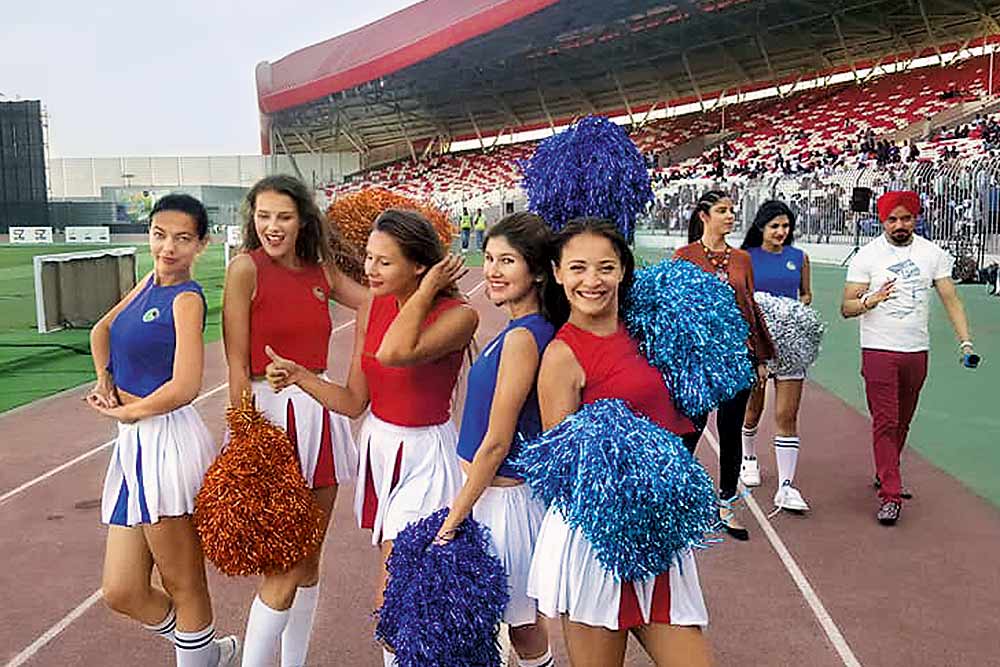 The Indian Junior Premier League (IJPL) had also sought BCCI’s nod to org­anise a tournament at the DY Patil Stadium in Navi Mumbai last year. On being rebuffed, they shifted the league to the UAE, where a few former India players were involved. The IJPL Sports Management Private Limited has now altered its plans. In a clever move, it has tied up with the government-recognised School Games Federation of India—and roped in Madan Lal and Chetan Sharma—to organise a National Schools Cricket League (NSCL) this year. The IJPL is seeking legitimacy for its league thus.

The modus operandi of most leagues seems the same. It starts by inviting players for trials for a certain, non-refundable amount—NSCL has fixed Rs 5,900 per head as registration fee to be eligible for selection camps this year—while promising them the moon. The gullible flock to the trials. The promises include motorbikes, tractors and cars as prizes, an opp­ortunity to play in the IPL and, eventually, a berth in the Indian team.

The fact is that these unsanctioned leagues dabble in big money. The Doha Cricket League (DCL) is a classic example. Its licence fee for a team’s three-year deal is $2,00,000, plus GST, payable every year, with 10 per cent increase in the second year and 20 per cent increase in the third, according to its licence agreement document, a copy of which is with Outlook. Plus, each team will have to pay $70,000 in the ‘Team Player Buying Wallet’ and another $30,000 towards food and acc­ommodation of players, besides depositing a refundable deposit of $1,00,000.

Indians are the organisers in a majority of the private leagues—the Doha tou­­rnament is, for instance, being org­anised by an Indian living in Australia. Curiously, most leagues are telecast on Neo Sports channel. “You can say it is a cartel. A common factor is that either Indians or people of Indian origin are involved and those people of Indian origin have some connection with the same set of people who are on our records,” says a BCCI official in the know.

The BCCI is extremely wary of unauthorised leagues primarily for three reasons: keep its players clean, maintain the IPL’s global numero UNO position, and stop illegal betting and match fixing. This has compelled organisers to make alternate plans. For instance, organisers of the Sudama Premier League, which is supposedly meant for the poorer sections of society, are organising the league matches at Delhi’s Karnail Singh Stad­ium (owned by the Railways, a BCCI member), Jamia Millia Islamia and Ferozeshah Kotla (owned by the Delhi and District Cricket Association  or DDCA, a BCCI member), despite the BCCI’s strong stand. Many organisers allegedly fix matches by appointing their own men. The BCCI ACU also detected one case of ‘human trafficking’.

BCCI acting secretary Amitabh Chou­dhary informed all its affiliates that permission was denied to Sudama Premier League. “We wish to bring to your notice that the BCCI has not given any permission to a league by the name ‘Sudama Premier League’. You are req­uested to bring this to the notice of all the registered players, match officials, scorers and video analysts. You may also display this on the website of your association,” wrote Choudhary.

Undeterred, PRASAR, an NGO run by lawyers, moved the Delhi High Court against the Union of India and ‘others’, claiming that the BCCI had ‘banned’ the tournament. As a result, they apprehended, DDCA would not provide ‘technical assistance, which was promised’ to them for matches to be played at Kotla. In its order passed a few days ago, the court disagreed with the petitioner and posted the matter for April 26, while the matches are going ahead. The organisers had roped in former India captain Kapil Dev and his ex-teammates Atul Wassan and Sanjeev Sharma, who once opened the bowling with Kapil, besides retired international umpire K. Hari­haran. “When they approached us, they said they would get BCCI’s permission, but when the Board declined, I disassociated myself. For me, the BCCI is the top priority,” Sharma tells Outlook. Wassan says he too has withdrawn.

Many organisers also allegedly ‘fix’ matches by inserting their own men from among the organisers in the various teams and appointing umpires who could be bought. Besides this, the BCCI ACU has detected at least one case of ‘human trafficking’, which happened under the garb of taking an Indian team comprising youngsters for a tournament in Australia. The ACU also disrupted the Asian Premier League T20 in Kathmandu, held last year. Its chief organiser was an Indian who is on the BCCI ACU’s records.

Naturally, with so much money at stake, these leagues are also said to be a source of turning black money into ‘white’, with many shady real estate agents also involved. But the BCCI’s hands are tied—it has limited powers and can only control its players and officials. It apparently doesn’t even have full control over its former players/officials, who are often seen promoting private competitions. To restrict young players is one thing; to be able to put a leash on stalwarts is another.