Sleeper In The Cell 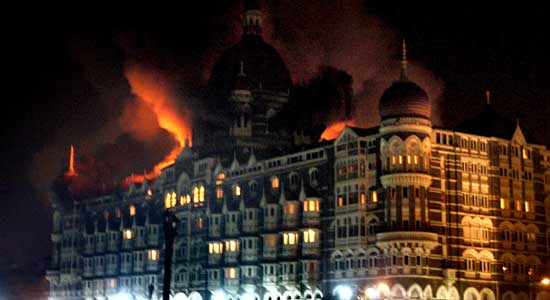 Sift through all the numerous tantalising details of Daood Gilani turned David Coleman Headley’s double life—from the FBI affidavit filed in a Chicago district court that gave the tipoff on his India focus, or the stray bits of information available with Indian investigators. It all still leaves the question open—can Headley and his “boss” Tahawwur Hussain Rana be charged for a role in the 26/11 attack conspiracy, to strengthen the link to the Lashkar-e-Toiba?

The topic came up this week in the special court of Judge M.L. Tahiliyani, presiding over the 26/11 conspiracy case, when an accused, Sabauddin Shaikh, pleaded that Headley and Rana, along with Pakistanis Mohammed Jangua and Aamir Jangua (arrested recently in Italy), be made co-accused in the case. The judge stated: “How am I concerned with all this? I am only concerned about the chargesheet before me.” Indeed, the Mumbai police are yet to make out a case against Headley, Rana or the others. “We are not yet ready to make a case. What we have is an interesting pile of tidbits about their duplicity, aliases and alibis,” says a senior cop.

Indeed, in the two weeks since Indian investigators—the Mumbai Police crime branch and the National Investigation Agency (NIA)—began their parallel (and independent) probes into the Headley-Rana case, they have managed to paint a portrait of two men with a deadly mission, but little else. Theirs is a story of cover-ups and closed trails, something that Headley more than Rana used to near-perfection during the three years that he flitted in and out of India, mainly Mumbai.

Daood Gilani. David Coleman Headley. Immigration consultant. Head-hunter and visa facilitator. Fitness freak, passionate gymmer. Party animal and pub-hopper. Ardent baseball fan. Inveterate foodie. A man who often pretended to be a Jew, sought the company of young, beautiful women and checked in and out of five-star hotels and consulates with as much ease. As likely to drop in at the US consulate in Mumbai as his friends’ houses in downmarket areas. This was the side of Headley his friends here attest to. Like gym instructor Vilas Warak, who Headley befriended at the upmarket Moksh gym in south Mumbai.

Headley held forth on Krishna, embarrassing the predominantly Hindu group for he knew a lot....

Warak’s circle remember a meal they had at the famous Iskcon restaurant Govinda—apparently Headley thoroughly enjoyed the sattvik, pure vegetarian meal, and even held forth on Lord Krishna which embarrassed the predominantly Hindu group no end for he seemed to know a lot more about the blue god than they did. They recall that he sometimes carried copies of the Gita, the Bible and the Quran. They had even invited him to sample Mumbai’s streetside chaat and, predictably, he was game. With aspiring actor and fitness consultant Rahul Bhatt, filmmaker Mahesh Bhatt’s son, Headley was full of stories about the US army, special squads, surveillance techniques, so much so that Bhatt, in jest, dubbed the well-built, Caucasian-looking gentleman  “Agent Headley”. He enjoyed the coffee evenings at Barista in tony Bandra as much as the Philadelphia steak sandwich at a south Mumbai restaurant yards away from the Taj.

In Pune, where he seemed to have spent time visiting the Chabad House, Hotel Taj Blue Diamond and the Osho ashram among other locations, sources say he seemed very much like the tourists the Koregaon Park area sees in hundreds everyday. If he had walked in and stayed at the Chabad House, no one would have been any wiser because he could have carried himself like a Jew, even an ultra-orthodox Jew, a resident there told investigators. No wonder then that Warak and Bhatt were stunned when news of his being an LeT operative flashed on TV screens.

Investigators, based on interrogations, believe Headley checked out “unusual targets”, Bollywood celebrities and popular party venues, networking with people from all walks of life. A top cop says he filed away information to be used later, that his deliberate associations with well-connected people gave him access to people and places not usually open to common people. It turns out Headley also hobnobbed with B-grade Bollywood celebrities, took girls out and promised them help in organising overseas shows, or in getting studio breaks.

“Headley seemed to wear many personas, each with equal ease,” says an investigator, “each was an alibi, allowing him access of a certain kind, each one seemed to be a cover-up for his real agenda.” In fact, Crime Branch interrogators have a new parallel drawn from Prabhakar Phanshikar’s hugely popular cult play To Mee Nhavech (I Am Not That One) where the protagonist adopts a different character each time to carry out sinister tasks.

Rana, meanwhile, seems to be farther on both the NIA and Crime Branch radars, even as reports suggest he was Headley’s caretaker, boss and funding agent. He brazenly placed immigration ads in newspapers, entertained applicants, gave out authentic details of hotels that he stayed in. Rana had given his Canadian passport number, JV 533373, issued on March 3, ’08, and Chicago address to the five-star hotel he stayed in at Kochi on November 16 last year. Investigators say they have not yet come across anyone recruited or sent abroad through Rana’s company First World Immigration Services (which has offices in Chicago, New York and Toronto). Of course, this could also mean that the company and the ads were a cover-up to recruit youngsters for LeT sleeper cells in India.

Piecing together the different personas of Headley and uncovering Rana’s operations are only the start of the probe. It’s a long way away from charging them on specific counts of violations of Indian law, or filing for extradition. In fact, in the two weeks the NIA and Crime Branch have been on the case, the two agencies have barely shared any information or leads; each drew up its own list of people to question (though the lists overlapped) and officers of both agencies conducted interrogations, each pursuing its own intelligence. The NIA has easier access to international documents, like FBI affidavits. The local Crime Branch boys, though, enjoy better on ground access. If the NIA-registered case has to move ahead, there has to be improved coordination between itself and local police, not only in Mumbai but in every city where Headley left his footprints. Remember, the FBI, when it swooped down on October 3, had been trailing him—e-mails, calls, travels, addresses, aliases and all—for over a year. It’s a puzzle with too many pieces.

He Moves In Mysterious Ways

From The FBI Chargesheet

Did You Dream In Colour?