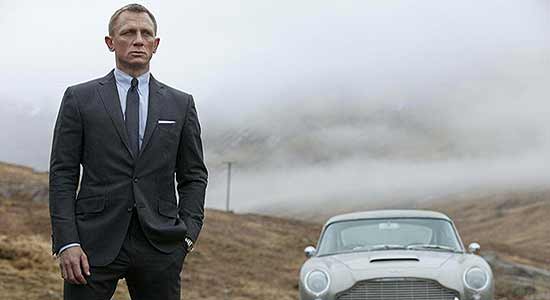 Skyfall begins gorgeously with a motorbike chase on the rooftop of Istanbul’s Grand Bazaar. It’s rounded off suitably with a picturesque but bloody final conflict with the villain at Skyfall, James Bond’s childhood home in Scotland. In between, there is a stunning shootout in Shanghai with neon lights and silhouettes for backdrop and mayhem at rush hour on the London tube. These inventively staged set-pieces alone will be worth the ticket price for most. But what of the Bond fanatics? Mendes does set the pulse racing, but also reinvents the character, the film and the franchise in ways that will leave the worshippers divided—it will underwhelm some and electrify the rest.

Bond is on a mission in Turkey to recover a stolen computer hard drive with details of undercover NATO operatives in various terrorist organisations. Meanwhile, M is under pressure to retire, MI6 is under siege with eight agents killed in a bombing of its HQ. Just when you think the villainy is going to play out in the context of the contemporary global terror scenario, you find that the enemy lies within. Deep within M and MI6.

Skyfall is an inward-looking, personal tale of passion, trust, betrayal and retribution. The orthodox villainy we associate with the series gets a shot of psychological (veering on the oedipal) evil with Silva (played with great self-possession by Javier Bardem). Inhabiting the shadows, he is, in a way, a mirror image of Bond. Daniel Craig matches his bluster and flashiness with characteristic dry wit. They joust, sparks fly and how! Bond sizzles in the company of the villain and also has a delectable repartee with M, a role Judi Dench has come to own so elegantly ever since Golden Eye.

But, Bond’s chemistry with the girls goes amiss. In fact, there isn’t really any sexy eye candy here other than a forgettable one, ok two. Even Bond’s gadgets go minimalist. Q, last played by John Cleese, takes the form of the young, “spotty” Ben Whishaw, who makes it clear that they aren’t into the “exploding pens” any more. All Bond gets is a personalised gun and a miniature radio. Writing clearly on the wall: it’s a brave new world. Keep with the times or die. As a character says, an “old dog” has “new tricks”.