Skeletons In The Board

BCCI mandarins hired and fired at will, turning employees into a group of malcontents 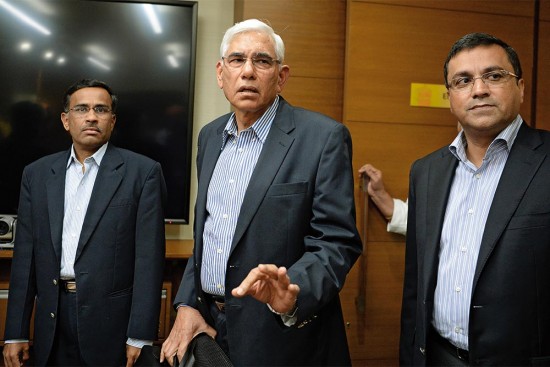 The doors were shut with an emphatic bang. The first thing the committee of administrators (COA), appointed by the Supreme Court to run the BCCI, did on taking charge was to close the offices of debarred Board president Anurag Thakur and secretary Ajay Shirke and send the staff home. Although there were only a few employees at the two offices in Delhi and Pune, the move by the COA, headed by Vinod Rai, the former comptroller and auditor-general (CAG), illustrates it means business. Moreover, even if just a handful, insiders say that some of these employees were drawing huge salaries, much more than many of those working at the BCCI headquarters in Mumbai or at the BCCI Natio­nal Cricket Academy in Bangalore. The COA’s task is cut out. It has to ensure that the Lodha Committee’s recommendations for reforms in the Board of Control for Cricket in India and its affiliates—to bring transparency, acc­ountability and professionalism—are fully executed and elections held soon.

The once-omnipotent BCCI certainly faces uncertain times, most of it largely its own making. Even as the case drags on in the Supreme Court, cricket fans will hope that Vinod Rai’s committee, which includes number-cruncher Vikram Limaye, historian Ramchandra Guha and former India women’s captain Diana Edulji, sets the house in order. The first step could be to set up a human resource department—the Lodha panel has also recommended an HR manager—and frame an HR policy which, shockingly for a body with bursting coffers, the Board never had. This res­ulted in successive BCCI mandarins to hire their own people, qualifications be damned. Conversely, employees were often sacked on a whim.