Sixty Years On, More Sinned Against...

The great political scams of the last 60 years reflect their times, but also fit a timeless definition of corruption: abuse of public power for private gain. A trip down murky memory lane. 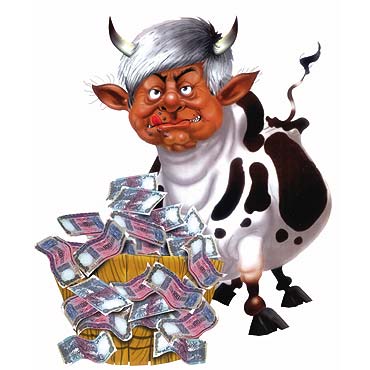 The great political scams of the last 60 years reflect their times, but also fit a timeless definition of corruption: abuse of public power for private gain. They rolled out decade after decade—the Mundhra scandal, the Kairon embarrassment, the mysterious Nagarwala case; in the 1980s, big defence scams kept pace with India's growing defence needs. In the 1990s, as the economy liberalised, stockmarket and hawala scams erupted. Ironically, while political reputations were ruined and a government was brought down—in 1989, on the Bofors issue—very few allegations have ever been proved. The recent scandals, like the Taj Corridor case involving Mayawati, and the Telgi fake stamp paper scam, are still fresh in the public mind. Here, we take you on a trip down murky memory lane.

The Mundhra Scandal
The timing was disastrous. Less than a year after the government nationalised life insurance in 1956—on the grounds that it was not being managed well—the Life Insurance Corporation (LIC) produced independent India's first scam. Pressured by the Union finance ministry, LIC bypassed its investment committee and purchased shares worth Rs 124 lakh in six—mainly dud—companies belonging to Calcutta industrialist Haridas Mundhra. Feroze Gandhi, Prime Minister Jawaharlal Nehru's son-in-law, dramatically disclosed the deal in 1958, leading to a nationwide furore, and an investigation. The guilty were punished, and Union finance minister T.T. Krishnamachari had to resign.

Kairon and Sons
For independent India, this was a first-of-a-kind scandal. Later, of course, it was to become almost a cliche in political life: a chief minister accused of aggrandising himself and his family at public expense. The S.R. Das...