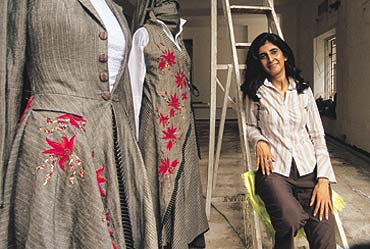 outlookindia.com
-0001-11-30T00:00:00+0553
In the early ’80s, six designers from Antwerp—Walter Van Beirendenck, Ann Demeulemeester, Dries Van Noten, Dirk Van Saene, Dirk Bikkembergs and Marina Yee—travelled to London and Paris and took the fashion scene there by storm. Their inventive styling coupled with the impeccable craftsmanship of Belgium's fashion industry suddenly put this ancient city of diamond merchants on Europe's fashion radar, and earned the designers the title of the 'Antwerp Six'.

Closer home, something similar is happening in Calcutta. After Sabyasachi Mukherjee so brilliantly presented the Calcutta aesthetic to the Indian fashion industry, shockingly draped in the ribald colours of Sonagachi (Calcutta's red light district), the city has turned into a hotbed for talented and internationally sought-after fashion designers. In the last five years, it has churned out more couturists than firebrand Leftists. And that's where our story of the Calcutta Six begins.

Sabyasachi, Anamika Khanna, Kiran Uttam Ghosh, Shantanu Goenka, Dev and Nil and Abhishek Datta have redefined the way the fashion world and its patrons look at Calcutta. The six designers together clocked a couple of crores during the two fashion weeks earlier this year—an impressive achievement, considering the entire fashion industry in India is worth just Rs 300 crore. Kiran is fresh from her exploits at the Rome Fashion Week; she has got orders from leading fashion stores in Europe. Her collection evoked Victorian fashion with her liberal use of quilted jackets bordered with embroidery, jacquard, layered clothing and a colour palette sobered up with muddy greens, browns, rusts, and black and white. Kiran believes that Calcutta treats fashion as an art form and the languid pace of life in the city provides a healthy medium for any art to flourish.

What adds to this culture is the physical beauty of the city. The colonial buildings that dot its landscape, its lush green spots, picturesque old houses with green shuttered windows, washed cotton saris with colourful borders hanging from ornately grilled balconies, creaky old-fashioned lifts with unautomated sliding grills—all add inspiration to the designers' sketching easel. This cultural milieu sets them refreshingly apart from the Bombay and Delhi designers. 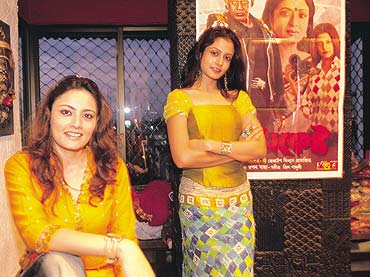 Try this yourself. Go to any well-known fashion store that stocks designers from all the three cities, touch and feel their clothes. While clothes from Bombay and Delhi have more on the surface, Calcutta fashion scores in its rich and inventive detailing and texturisation. Explains Shantanu, taking the example of a plain white shirt: "A Rajesh Pratap shirt would be very simple with minimal texture techniques like pintuck. But a Calcutta designer would be more adventurous and would add kantha or use over-printing. The desire is to bring out a lot in one piece." An observation that newcomers Dev and Nil agree with, adding, "There's always the pressure of history on us." Their label Dev r Nil, after its debut at the Lakme Fashion Week in April this year, now sells from Tashi in London; and from Ensemble and Bombay Electric in India. Actress Tabu specially flew down to Calcutta to meet them and place orders for the wardrobe that she'll use at all promotional events for her forthcoming film The Namesake. Shantanu, on the other hand, is excited about the interest shown by Ralph Lauren in his texture techniques. "They want to collaborate with me for that." His designs are closer to couture and have a strong Victorian feel to them. For instance, in his Wills India Fashion Week collection this year, all his clothes were tea-dipped to get a sepia tinge and he teamed a quilted waistcoat, as a blouse, with a sari.

In fact, all the Calcutta Six carry a strong Victorian influence. Blame it on the architecture of the city or the fact that Calcuttans are steeped in the literature and theatre of that era. Sabyasachi says this is one reason why Calcutta designers are so much in demand: "Post 9/11, the larger mood around the world is to spend, to embrace new cultures, and look back to other eras. " 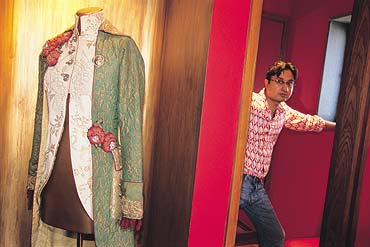 Shantanu Goenka: The rich history of the city reflects in his Victorian couture

Calcutta is also the embroidery and block-printing hub of India—a fact that gives them an edge over designers from other cities. The craft-clusters of Ranihati, Phulia and Metiaburz on the fringes of the city produce masterpieces that go on to wow the fashion elite at Milan, London and Paris. "The type of antique zaris I use and the kind of washes I give them are possible only here in Cal with all these super-talented craftspeople," says Abhishek Datta, another upcoming Calcutta designer who debuted at this year's Wills India Fashion Week. He is supplying his creations to top-of-the-line fashion stores in Southeast and West Asia.

The Calcutta Six also credit the absence of a Page 3 culture in the city to having contributed to their creativity. Anamika, the first Indian designer to have got a full one-page write-up in fashion bible Vogue, is usually asleep by 11 pm, when most of her contemporaries in Delhi and Mumbai would be partying. "This gives us more time to think," she explains as she opens the glass doors of her office that overlooks the ancient Laxmi Narayan Mandir on Lansdowne Road. "I like to feel the atmosphere of the temple while I work," she explains. Later, when we see her clothes—sheer tunics in ivory, beige with a thin bright brocade or banarsi border, or heavily embroidered saris—at her studio in a hundred-year-old building on Outram Street, a heady whiff of incense and ghee seems to hang heavy on her designs. The line between fashion and culture in this city of joy continues to diminish. 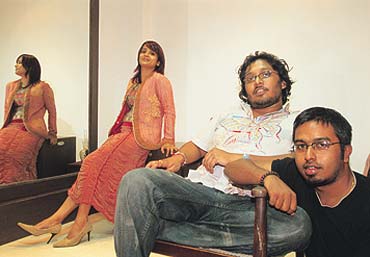 Dev and Nil:These Howrah-based designers are inspired by spaces like the Maidan

Despite the meteoric rise of Calcutta designers, the city is still to become a fashion retailing centre. But things are looking up with the changing socio-economic fabric of the city. In April, the K.K. Birla group opened Cal's first high-end fashion boutique, 85 Lansdowne. It stocks designers from all over the country. "A lot of outside designers have shown interest, they want to be seen in Calcutta," says Pooja Goenka, owner of the store. Apart from these six, there are other upcoming designers like Agni Mitra Paul who designs for Tollywood potboilers.

For a city that has given the subcontinent enduring fashion trends like the gossamer-fine cotton sari, the sari blouse, the jhola; and enduring fashion icons like Gayatri Devi, Sharmila Tagore and more recently Bipasha Basu and Rani Mukherjee, the rediscovery of its own fashion roots is perhaps the most exciting new trend in Indian fashion.

'We Too Can Be High-Strung'