Along with the six Northeast states—Arunachal Pradesh, Manipur, Megha­laya, Mizoram, Nagaland, and Sik­kim—Utta­rakhand and the Union territory of Pudu­cherry will also debut in the Ranji Trophy, which starts on November 1. 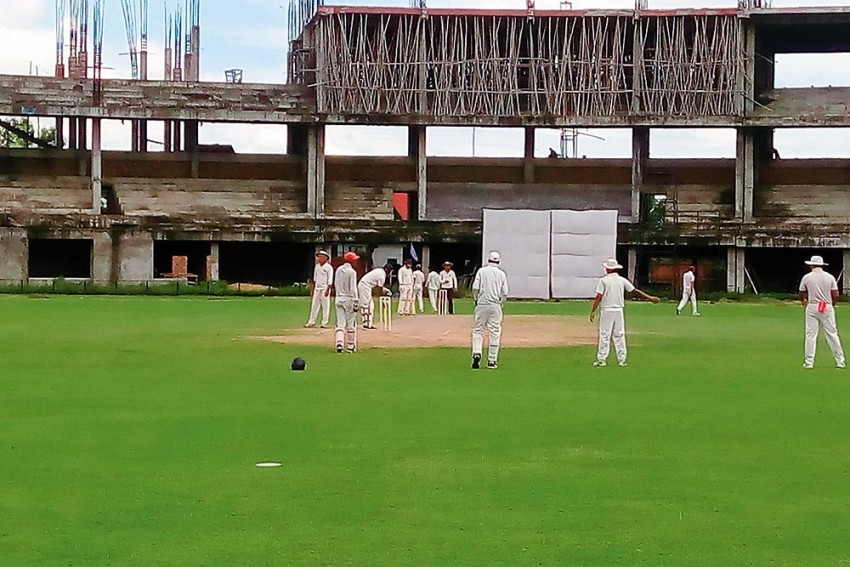 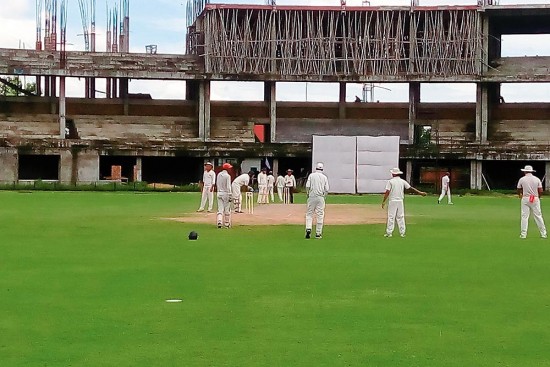 Better late than never, they say with smug sympathy. After decades of deprivation at the hands of successive dispensations of the Board of Control for Cricket in India (BCCI), the much-ign­ored cricketers from the Northeast will be able to showcase their talent in the Ranji Trophy and other national tournaments in 2018-19. The news, coming as it does with the advent of the rains, has sent a thrill of joy and excitement through the playing fraternity.  The first, sharp showers in the Northeast couldn’t have borne better tidings.

Along with the six Northeast states—Arunachal Pradesh, Manipur, Megha­laya, Mizoram, Nagaland, and Sik­kim—Utta­rakhand and the Union territory of Pudu­cherry will also debut in the Ranji Trophy, which starts on November 1. Also, long-­deprived Bihar returns to the national championship fold after 14 years in wilde­rness, a victim of  ruthless BCCI politics.

Of the six northeast states, Mizoram is not even a member of the BCCI, which consistently, and inexplicably, ignored the state’s application for affiliation for 16 years. Now, thanks to the Supreme Court’s intervention, Mizoram, too, will compete in the Ranji Trophy and other tournaments. Bihar’s story is no less disturbing. It was cruelly thrown out of the Ranji Tro­­phy after its membership was sna­tc­hed by the Jagmohan Dalmiya-headed BCCI following bifurcation of the state and handed over to newly-created Jharkhand in 2000. Cricketers of Uttarakhand, which was carved out of Uttar Pradesh around the same time, also suffered due to the BCCI’s vote politics and was denied affiliation.

Today, if these nine teams are set to make the domestic season richer in variety, it is due to the SC-appointed Lodha Committee, which recommended their inclusion in mainstream cricket. Rajendra Mal Lodha, a former Chief Justice of India who headed the three-member committee, is happy that his panel’s recommendations are bearing fruit. “At least, that part of the report is now fulfilled. So, it is good news that players from these Northeast states, Bihar, Uttarakhand and Pudu­che­rry, who were earlier not represented [in BCCI tournaments], will now be integra­ted into Indian cricket. This is great news for boys and girls of these states,” Lodha tells Outlook.

The genesis of this change—wholesale reforms in cricket administration are still awaited—is a PIL filed by Aditya Verma, secretary of the unrecognised Cricket Ass­­ociation of Bihar, over the 2013 IPL betting-fixing scandal in the Bombay High Court. Eventually, the case came to the apex court, which ordered the unprecedented reforms. While a final order on the ref­orms is awaited, there is speculation that the crucial Lodha recommendations might be diluted, as observed by the judges recently. 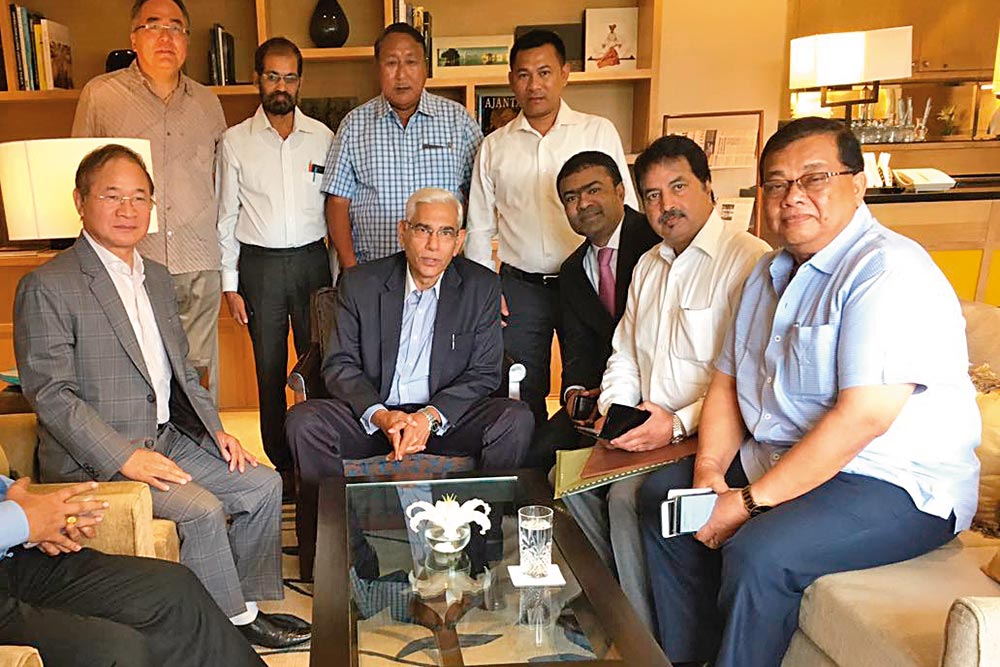 For the time being, the new teams are going into preparations on a war footing for the season beginn­ing August 8 with the Duleep Tro­phy. “The affiliation has been delayed by many years. We’ve been fighting for years for this. Although we’ll be playing, we have a lot of catching up to do. To cover a gap of 30-40 years [of denial by BCCI] is a herculean task,” Naba Bha­ttacharjee, secretary of the Meghalaya Cricket Association and convenor of BCCI’s New Area Develop­m­ent Programme committee, tells Outlook.

The new teams face many challenges. Acute paucity of funds is a worrisome common factor. Another major task is to engage coaching and support staff. The season will have 2,017 matches in 23 tou­rnaments, including 11 for women, so they will need an army of personnel. Then there is the matter of infrastructure, which is below par in most NE states and almost non-existent in some—thanks to the BCCI’s thorough neglect. The Board proffers two main excuses for not embracing NE associations: lack of infrastructure and weak teams, saying they wouldn’t wit­­hstand competition from the powerhouses. Yet, are these cogent reasons? Do not teams gain experience only while playing stronger opponents? BCCI mandarins wouldn’t explain. How was it then that 41-time Ranji champions Mumbai was shot out for a mere 44 in 77 minutes by Karnataka in 2015? No answer.

The deep-rooted BCCI bias against associations without clout, particularly aga­inst Northeast states, is nakedly apparent from the financial figures. Released by the SC-appointed Committee of Admin­IST­rators (COA), these pertain to payment made by the BCCI to its members between 2012-13 and 2016-17. Influential Maha­rashtra (Rs 259.74 crore) and blue-eyed Karnataka (Rs 251.93 crore) are amongst the 12 associations that received over Rs 200 crore in this period, while Arunachal received a mere Rs 50 lakh, that too in 2012-13. And Manipur, Nagaland, and Sikkim received a grand total of Rs 51 lakh each in all these years. Cricket Ass­ociation of Mizoram (CAM), whose mem­bership application had been lying with the BCCI for 16 years, received nothing.

However, Mizoram officials are looking ahead despite the bitterness. “It’s been a long wait. We’ve been deprived for unkn­own reasons. Many talents have faded away. But I’m happy that my boys and girls will be able to participate in BCCI tournaments,” says Mizoram secretary Mamon Majumdar.

Arunachal Pradesh and Sikkim particularly have to overcome big hurdles to field competitive teams. Both are looking to hold pre-season preparatory camps and stage matches of upc­o­ming tournaments in neighbouring states, as they don’t have the necessary infrastructure.

“We can’t compete with states with good infrastructure, but we are ready to participate. Winning and losing is not so import­ant. To learn is important,” stresses Aru­­­­­­nachal secretary Tado Kholi, putting up a brave face in adversity. Association president Nabum Tuki points out that he has been requesting the BCCI for years for funds to build inf­rastructure, but in vain. There is still no cricket-specific ground in the state, so all activities are organised on multi-purpose grounds in Itanagar.

Sikkim Cricket Association pre­­sident Lobzang G. Tenzing, too, rues the lack of funds. “We are running the association off­ice from our homes. If we plan to have a meeting, we think twice, because of even the small expenditure involved, like tea and biscuits. Due to this, I’ve written to the BCCI Task Force, constituted to ass­IST NE states, to help us hold camps one month before a tournament in a neighbouring state—in Odisha, Bengal or Assam. BCCI needs to change 360-degree in its dealings with Northeast states,” Tenzing tells Outlook.

Meghalaya, Manipur, and Nagaland are only slightly better off. But they too are in desperate need. “We’ve got no funds. How long can we continue like this? But it’s good opportunity for players and they’ll have to perform well,” says Nagaland vice president P. Bendang Jamir. Manipur has a modern cricket-­specific stadium in Luwang­shangbam, Imphal, though it has a long way to go.

Despite the impediments that glare at the newcomers, Justice Lodha sees a silver lining. “The national selection pool will now be larger. Since these states are new, it may take time. But if the talent is there and if some players shine, it’ll add to the existing pool. And people from the Northeast always excel in sports. Maybe in a decade or so, they would provide a good talent-pool of cricketers,” he says. Motivating words, surely, for the nine debutant teams as they gird their loins to the take the leap of faith. After all, their cricketers have nothing to lose; every thump of leather on willow is a penny-­worth of experience.

Twin Cankers Of The Nation