After many years now, I’m feeling young again. And it’s all thanks to Sushma Swarajji and Baba Ramdevji. 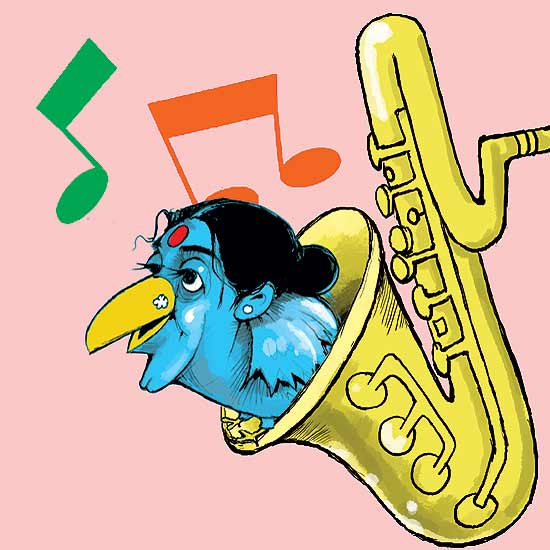 After many years now, I’m feeling young again. And it’s all thanks to Sushma Swarajji and Baba Ramdevji. How’s that, you ask? The long and short of it is I feel as charged up as I was when I produced Mike Oldfield’s Tubular Bells (Virgin Records maiden release in the early ’70s). I’ll explain this sudden interest in music at a time when record companies are going bust and free downloads is the name of the game. Well, two video clips I received last week have become my Brian Epstein (the legendary manager of The Beatles) moment. It was sent by a gentlemen who goes by the name of Dilli ka Killer. He’s the lead guitarist of the black metal band Delhirium. Now, to be honest, I didn’t care much for his power chord riffs. Neither could I suffer the entire stretch of his song ‘Burn The Bazaar Down’ which featured more growling than singing. But what caught my fancy were the two accompanying videoss. One of Sushma Swaraj jiving at Rajghat and the other of Baba Ramdev leaping into the crowds at the Ramlila grounds and emerging dressed in women’s clothing! Certainly an incredible feat by any standards.

Anyway, I am sure my Indian friends will be happy to know that I mailed the videos to several musicians and the response has been overwhelming. The US band Green Day was first up. It wrote and recorded ‘The Sushma Swing’ featuring jazz saxophonist Ravi Coltrane. I particularly liked the hook (Do the Sush-Sush-Sushma Thing) sung by Billie Joe Armstrong. Eminem also had a go rapping to the backdrop of patriotic Indian songs in the ‘Sushma Shuffle’. But I did not quite like his lyrics on some proposed Indian legislation called the Lokpal Bill (Eminem called it the ‘Look Pal, Bill’ and appended Clinton to it as a joke). A shade more intriguing was Bloc Party’s ‘Swaraj Garage’, although the song was all about clubbing at Corsica in ye olde London. The only Indian touch was someone called Nitin Gadkari singing a Bollywood oldie.