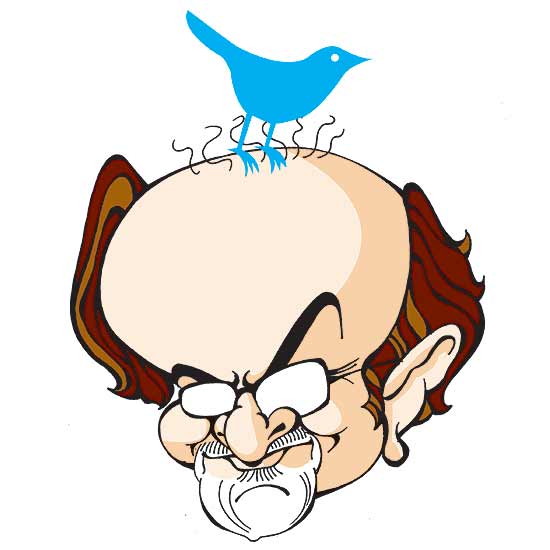 I suppose Outlook readers must now be familiar with my spat with Facebook. The network insisted I use my official first name Ahmed and even temporarily cancelled my ‘Salman Rushdie’ user ID. Well, I sent some nasty tweets to Facebook CEO Mark Zuckerberg and insisted I have every right to be known as Salman. I even phoned Mark and told him that Ahmed Rushdie wouldn’t strike a chord (except if one hit the high C) or ring a bell or sound any horn. “Salmon, you’re a strange kettle of fish,” he said. “It’s Salman,” I protested, “and what’s so fishy about me?” He just laughed, which made me even madder, “Listen, calling me Ahmed would be like calling Rajiv Gandhi ‘Ratna’ (which incidentally, was his middle name) or referring to Dom Moraes as Dominic Francis Moraes.” That outburst did it. “Okay, enough is enough,” Mark said irritatedly, “Mr Satanic Verses, thou shalt hitherto be known as Salman.” I sure had sorted out a major identity crisis.

Now there’s a back story to all this. It all started with my strange association with social networks in ’09. My novel, The Enchantress of Florence, had been published and had got some uncharitable reviews. The critic in The New York Times ruled that my work “feels static and enervated, as though it had been mechanically assembled from a recipe”. To be frank, the Enchantress had left me a bit disenchanted too with my magic realism (I even contemplated turning to LSD). Anyway, with nothing to do, I started opening accounts on social networks on behalf of people I knew and even strangers. It soon became an obsession. Among those subjected to my network excesses was ex-wife Padma Lakshmi. I presented her as twins—Padma and Lakshmi, from Kodambakkam—and cooked up daily recipes on their behalf to share with followers. So one day, Padma would extol the virtues of eating idli batter in the raw and downing some hot water and allowing the mix to cook in the stomach. And Lakshmi had this memorable ‘bleddy’ mary: rasam with a shot of vodka topped with a sprinkling of asafoetida and coffee powder. The recipes were always signed off with this Erma Bombeck line: “A friend does not go on a diet because you are fat.” The only giveaway that it was yours truly was the ad line ‘Naughty but Nice’ that I wrote for cream cakes during my copywriter days. I’d somehow slip it in with every recipe.