Many of the BJP's new sops will be non-starters; while others will only result in status quo 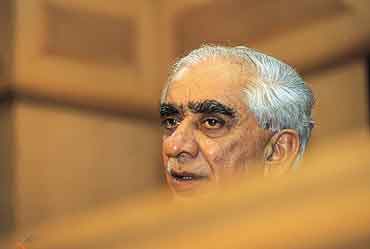 Unless one reads the fine print, it’s difficult to figure out some of the reasons that are driving the current decisions. Or even understand the implications of the policies. Once you do, you realise that Jaswant has carefully tried to balance the various pulls and pressures. He has tried to please the foreign investors, important countries like the US, the domestic business community, votebanks and even the opposition within his own party. It’s a kind of give-and-take where everyone feels happy. But nobody really gains or loses, at least in the medium term.

Let’s start with what Arun Goyal, a Delhi-based expert on tariff structure, describes "as a bold step whose implications have not yet sunk in". He’s referring to the customs duty cuts announced on January 9. On the face of it, they were minor ones and in line with the long-term policy to reduce peak rates. But combine the 5 per cent decline in peak rates with the removal of special additional duty (4 per cent) and the appreciation of the rupee, and imports are likely to become cheaper by as much as 20 per cent. "It’s quite drastic and I believe there’s a big game behind the move," explains Goyal.