Patchy in the masala entertainment quotient: some flavourful scenes, and also long and insipid sequences. 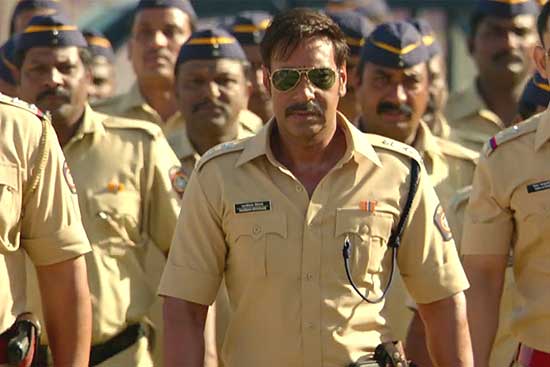 A Rohit Shetty film can only be compared with a Rohit Shetty film. So how does Singham Returns measure on the haloed Shetty scale? Well, it’s patchy in the masala entertainment quotient. While there are some flavourful scenes, there are also long and insipid sequences. Things start off on a dull and righteous note as Shetty tries to grapple with every contemporary social issue that you can think of, be it politics, corruption, media or the state of the youth. Even the villain, taken on by the good cop hero Bajirao Singham, happens to be a sleazy godman with allegations of sex and misdemeanour. A sense of chaos underlines the entire narrative. What stand out are some action sequences and shootouts which get the audience’s adrenaline rushing. Kareena plays to the gallery with her cutesy comedy and Amole Gupte takes over-the-top histrionics to a new, insufferable high.

Meanwhile, Ajay returns as the cop with a familiar swagger. In fact, more than anything else, Singham is an ad for the Mumbai police department masquerading as a film. Proof is one of the many dialogues cheering them: “Jab 47,000 policewale jagte hain to do crore Mumbaiwale sote hai”. What’s problematic is that even the unifor­med cops seem to find it difficult to operate within the system and have to lump­enise themselves to bring about change. Singham Returns is not just a pol­ice story, it is a celebrat­ion of cops-turned-mob.