A UPA-CAG rematch throws up a familiar pattern of posturing 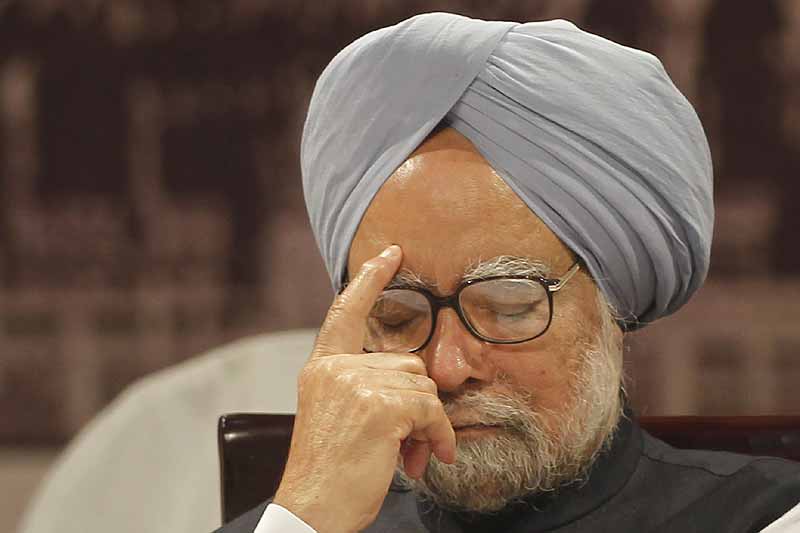 Once more, the UPA fire-fights audit disclosures, including the revelation that 142 coal mines were rubber-stamped away at the exchequer’s expense, from the Comptroller and Auditor General of India (CAG). The government’s response to the audit has been typical—that the auditor is overstepping boundaries and overestimating losses. The CAG refutes the charge: officials who worked on the report told Outlook they stand by their assessment of windfall gains of Rs 1.8 lakh crore to the allottees.

They say this figure would have been higher had a tougher hand wielded the audit. “We have taken the most conservative benchmark of the loss figure in this case,” a CAG official said on Thursday, just as the report travelled to its final destination, the Public Accounts Committee (PAC) of Parliament. There, it falls squarely into waiting political hands, including those of the BJP and others like AIADMK and JD(U), who have raised a hullabaloo in Parliament for most of last week. This does not necessarily portend smooth sailing for the report; CAG audits have a habit of sinking into oblivion regardless of the audacity of its findings.

Nor does it necessarily put the Congress on a weaker wicket. On Thursday, the BJP ironically looked a tad more defensive than the Congress, whose spokespersons Janardan Dwivedi and Manish Tiwari were perceptibly relaxed. By contrast, former finance minister Yashwant Sinha was resorting to attack from another flank: “All we have asked is that Manmohan Singh and P. Chidambaram must be present in front of the JPC (to probe the 2G scam: that other outcome of a CAG report). Why don’t they want to do that?” So, what next? “We are waiting for the JPC chairman’s reaction,” he said, ruling out immediate resignations by BJP MPs.

Meanwhile, the Congress is raising the pitch of the political debate. At its behest, even mercurial allies, the NCP and TMC, are hectoring the Opposition. “In the allocation of mines, states play the main role. Many other responsibilities and benefits are with states including recommendation of names. It is purely an old habit of the BJP’s politics to fire from someone else’s shoulders,” Dwivedi says. Senior BJP leader and PAC chairman Murli Manohar Joshi assured Outlook of a dispassionate look at the CAG audit, which deals with coal block allocations and the government’s progress in increasing coal production. “The PAC will do whatever should be done,” he says. “This isn’t just a matter of the party (BJP), but of Parliament as a whole. I will take a look at the report.”

Joshi’s keenness to drop partisan lines is, ultimately, redundant given that the Opposition has come under fire itself. In a note clarifying its position on coal block allocations, the government said: “The UPA started the legislation on auction process in 2005. The states of Chhattisgarh, West Bengal, Rajasthan, Orissa and Jharkhand opposed that.” This charge the governments of mineral- and mine-rich states will find impossible to refute. To be fair though, most in the know acknowledge that states have limited, or almost no, voice in the screening committees that cleared coal block allocations for the 15 years prior to 2011.

CAG Vinod Rai stood up for his team’s 2-G scam audit in the July 11, 2011, issue of Outlook. Is he ready to tread a minefield again?

“Suddenly there is talk of the federal polity,” says T.N. Chaturvedi, a former CAG head. “We forget that though mining is a state subject, coal is a central subject. States can’t really move to allot the resource without central approval and administrative clearance.” Herein lies the rub. The CAG’s criticism centres around the premise that coal prices should have been discovered by open auction, as suggested in 2004 by the coal ministry itself. This suggestion was greenlit in 2006 by the MoS for coal and mines. “It’s the PMO that raised objection after objection to this idea,” Chaturvedi says, highlighting a key aspect of the CAG report.

In effect, the CAG’s findings are getting rapidly lost in the ‘he said-she said’ of political parties. The report itself clearly says that the government did not move to an auction-based system for the natural resource for seven-and-a-half years after the idea was first proposed. At one time, in 2008, a lengthy debate ensued between two ministries and the PMO on whether an administrative order would permit the move to auctions or if an amendment to the mines and minerals act would be necessary. The law ministry decided an administrative order would do, but the PMO ruled in favour of an amendment. This sort of confabulation continued well into 2012, and only in February 2012 could the government clear the rules for the amended act.

By then, though, it was too late. The CAG’s indictment, which only applies for the period up to March 2011, was already in the works. However, it bears mentioning that the CAG’s report doesn’t claim that Rs 1.86 lakh crore was lost to the exchequer in the form of private players’ profits in liberalised coal mines. The auditor’s argument here is that if the government had transited to auction-based allocations sooner, a “part of this financial gain could have been tapped by government”, presumably, as taxes.

“If the government’s policy was to not auction coal in the interest of, say, quick industrialisation, I’d call it sound economic reasoning. But neither did it boost power production nor did the entry of fly-by-night operators assist rapid industrialisation,” says policy analyst Manisha Priyam Sahay. CAG officials say there’s more to the muddle, including a lack of rules for the screening committee. It was operating in a sort of policy vacuum, which the PMO is now hard pressed to prove was not the norm. “There were no grounds on which it worked and based its decisions. No minutes of meetings were taken.... Yet, instead of looking at why a policy decision taken in 2004 was not implemented for eight years, the attention is being diverted to our mandate.”

The officials reason that the matter of the mandate and scope of CAG audits was settled in a clarification issued by the government in June 2006, which was circulated to all ministries, departments, states and financial advisors. The clarification accepted the CAG’s role included performance audits: “The audit of economy, efficiency and effectiveness in receipt and use of public funds is deemed to be within the scope of audit by CAG.”

The UPA may find, in retrospect, that even if the CAG analysis does not reach the expected conclusions, in the popular eye, CoalGate has already chipped more sheen off its fast deteriorating armour.