The UID is on the anvil. But the tech czar now has other daunting tasks ahead. 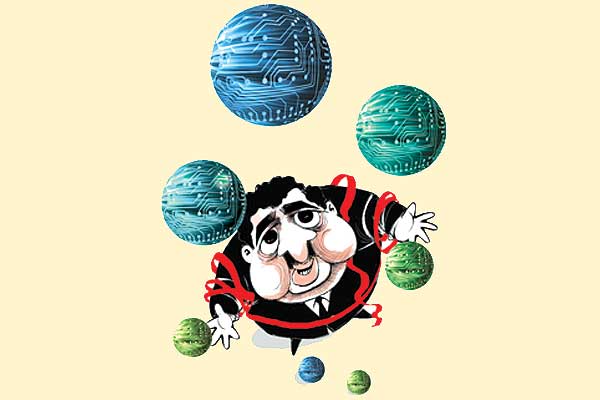 For a man at the helm of a slew of crucial projects worth thousands of crores, Nandan Nilekani’s office at the UIDAI (Unique Identification Authority of India) in Delhi is starkly minimalist. The workstation is more reflective of the fast-moving IT sector where he has spent the last two decades. But then, Nilekani isn’t your typical government appointee either. He’s that rare Indian species—a technocrat in power. And he’s on a roll.

With support coming right from the top of the political citadel, Nilekani is the new poster boy of the UPA government. After less than a year in office with UIDAI, this newcomer’s powers and authority have been ramped up. He’s recently been asked to head the Technology Advisory Group for Unique Projects (TAGUP), which oversees technology and processes of mega projects for the finance ministry—the Tax Information Network, Goods and Services Tax, New Pension Scheme, National Treasury Management Agency and Expenditure Information Network.

It’s the kind of recognition experienced politicians crave for. It’s also a reflection of the huge hopes on Nilekani ushering in a new form of governance within the traditional system, one normally identified with anomalies. The fact that this additional responsibility comes even before the first UID number—his primary project—has been rolled out indicates the government’s confidence in Nilekani’s ability to plan and execute. And now that he will oversee additional projects, it also intensifies the spotlight on Nilekani’s views on matters of technology.

The curiosity is understandable: people haven’t yet come to terms with Nilekani’s presence in the corridors of power. Not surprisingly, bureaucrats and politicians are chary...