‘Sikh Victims Of ’84 Won’t Get Justice In India’

Gurpatwant Singh Pannun, the man behind 'Sikhs For Justice' on the group's motivations and methods and on internationalising the Sikh issue. 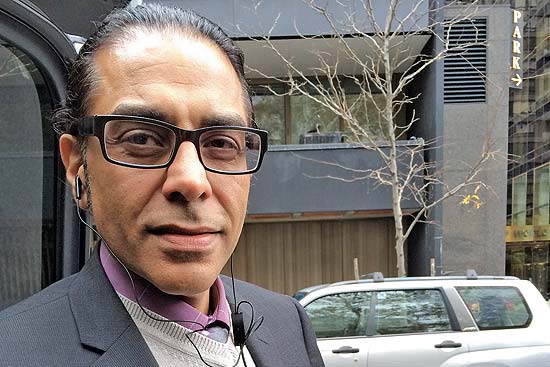 When the CBI filed its first closure report in 2007 in the case against Congressman Jagdish Tytler for his alleged involvement in the 1984 anti-Sikh riots, stating that the witnesses could not be traced, a group of US-based Sikh lawyers helped trace some witnesses. They then formed a human rights advocacy group called the Sikhs for Justice (SFJ) that claims to fight for a sovereign Sikh state, not with violence, but through internationally accepted legal means. In the last few years, the SFJ has tried unsuccessfully to haul prominent Congress leaders like Sonia Gandhi, Manmohan Singh, Kamal Nath and even the Congress party before US courts for allegedly sheltering those responsible for the riots. In November 2013, the SFJ petiti­oned the UNHRC in Geneva to have the 1984 killings classified as genocide. And last August, ahead of Barack Obama’s visit to India, it started an online petition—‘We the People’—urging the US president to cancel his September meeting with Narendra Modi for “perpetrating violence against Muslims, Sikhs and Christians”.

Gurpatwant Singh Pannun, the man behind SFJ, who prefers to describe himself as its legal advisor, camped for weeks in Thailand in January, as he tried unsuccessfully to  stop the extradition of dreaded Khalistan militant Jagtar Singh Tara, who made a sensational jail break in 2004 after being convicted in the 1995 assassination of Punjab chief minister Beant Singh. Last week, the SFJ filed a case agai­nst Facebook for allegedly blocking two of its pages. SFJ’s growing profile in recent years, its strategy of drawing attention to itself through well-timed, provocative action aimed at internationalising the Sikh issue has put the group on the radar of security agencies. In this e-mail interview with Chander Suta Dogra, the New-York based lawyer explains SFJ’s motivations and methods.

Why are you attacking mainstream Indian political parties, dragging them before US courts in cases that are usually not within their jurisdiction as evidenced by the fact that most cases are being dismissed?

Just to put the record straight, none of the SFJ’s cases has been dismissed on the facts or for being frivolous. We at SFJ believe in the rule of law and fortunately several provisions in the US laws support vindication of victims’ grievances even when the wrongs have taken place overseas, especially in the cases where there is no hope of getting any justice in the victims’ home country. It is clear from the history of the last 31 years that Sikh victims of mass violence and genocide do not and will not get any justice in India.

Why do you think the Indian government’s blocked your Facebook page?

The fact that SFJ’s page is blocked only in India and is open and accessible elsewhere is clear proof that the page has been blocked on the behest of Indian authorities. According to the stated policy of Facebook, it does not block pages on its own, but only if it receives such a request from a foreign country.

Has the government tried to stop your campaign for Sikh issues earlier too?

In 2011 our website was hacked. SFJ supporters in US and Canada are routinely denied visas to India.

Your ‘We the People’ petition managed only 1,320 signatures against the 1,00,000 that you claimed. The White House reportedly detected 85,000 fake signatures...

In January, you camped in Thailand to prevent Jagtar Singh Tara’s extradition. How do you justify support for an assassin when you claim to be figh­ting for your goals through peaceful internationally accepted methods?

First of all, I am a human rights lawyer and under the law everyone has a fundamental right to fair trial and due process. Tara has been extradited to India in violation of the “political offence” exception in the Thai Extradition Act B.E. 2551 (2008) and protection provided under UN Convention Against Torture. The Sikh community believes that Tara saved a generation of Sikhs from being extra-jud­icially killed in the Beant Singh government operations.

Though the SFJ makes news off and on, there is a lack of interest in Punjab.

Our campaigns are well-received in Pun­jab. Akal Takht, the highest temporal seat of Sikhism, supported our ‘Sikhs Are Not Hindus’ petition to White House; on the 30th year of the Nov ’84 genocide, Punjab was shut down completely on our call.

Instead of looking into the root of the problem i.e. discrimination and denial of rights, Indian agencies routinely blame foreign agencies.