From Borneo to Georgia, from Kabul to Minsk. The empire of dreams expands. 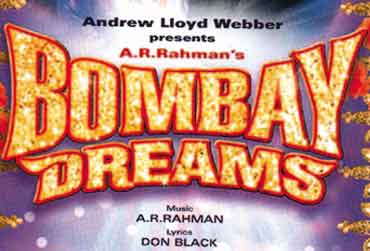 outlookindia.com
-0001-11-30T00:00:00+0553
One morning last December, I was sitting with my guide Abdul in front of a pristine waterfall deep inside a jungle in Borneo, the silence broken only by the soft babble of the water. But Abdul had to go and spoil it. "What does Kabhi Khushi Kabhie Gham mean?" he asked. "It's my all-time favourite film."

I wasn't surprised. In the five days we had spent on the island, we had been constantly bombarded with questions about Hindi films. "India must be such a beautiful country!" one salesgirl had gushed. "Bombay must be the world's most beautiful city!" I didn't break her heart by telling her that those lush valleys where the lead pair pranced were most likely in Switzerland or Austria, and her streets of Bombay were actually in Prague or San Francisco.

I translated for Abdul, and the questions wouldn't stop after that. "What's Kuch Kuch Hota Hai?" "Why are Indian women so beautiful?" "How come Hrithik Roshan looks like a European?" My answer to this last one, that he is a Punjabi and many Punjabis are tall and fair, didn't convince him. "We have many Punjabis here," he grumbled. "They wear turbans and have beards."

A few months before this, I was in Kabul. Wherever I went, the city was rocking to Hindi film music. Blaring. Indeed, the music is a powerful and touching symbol of the country's liberation from the repressive Taliban (The other is the hundreds of photo studios that had sprouted all over Kabul; under the photography-banning Taliban, an entire crop of young Afghans had grown up with no visual record of their childhood). The moment the men milling around the city's wholesale market realised we were "Hindustani", we were mobbed. "Shah Rukh Khan!" "Shilpa Shetty!" they shouted joyfully, and "Kajol! Kajol!" Wheelbarrows carrying small pumps carted by, the pumps' boxes replete with the faces of Karishma Kapoor and Sridevi. But it's much more than just adulation for the stars. Hindi films have affected Afghan society in much more fundamental ways. One in every four or five people on the streets of Kabul speaks Hindi, and the stream of movie cassettes didn't hurt. And the love. They love Hindi films, so they love India and trust Indians. Every Indian is Hrithik Roshan.

It's the same across the world. On a bus journey from Singapore to Kuala Lumpur, with the video showing Mann, every time a song would start, all the passengers would sing along to show off to my friends Anindya and Aparajita that they knew the lyrics. It was a source of pride for them. And none of them had a clue what the words meant.

Anindya on a train in Russia. The ticket collector asks: "Indusky?" After Anindya reveals that he lives near Amitabh Bachchan's house, no one allows him to pay for anything for the rest of the journey. Anindya is embarrassed, but not amazed. He's just coming from Minsk, where his interpreter carried a picture of Mithun Chakrabarty in a yellow jumpsuit doing the Brooklyn Bus Stop in her wallet. The train was about to leave and the queue at the ticket counter was too long, and she shouted: "Indusky! Raj Kapoor!" The crowd parted. Anindya bought the ticket, caught the train.

In Morocco, passers-by will touch their hands to their hearts and say: "I love my India!" "It is simply overwhelming!" says my friend Madhu. "Every single person, from the rich businessman to the roadside snake oil vendor...Indians are very special to them. Everyone knows bits of dialogues from Hindi films."

Not only the developing world. In pure white towns in Germany, Kabhi Khushi Kabhie Gham ran for three or four weeks, and many shows were sold out. "In western societies, exuberant and openly sentimental Hindi films are a window to a world the people, especially the young, yearn for," says Madhu. "Our films have a heart and an emotional foundation that their films don't have.That their lives don't have."

What is a brand? In business school, they teach you that a brand is a "basket of attributes". Hindi films did not consciously try to do any branding for India. It just happened. The attributes are what the audience perceives. In the Asia-Pacific region, India—as communicated by Hindi films, as interpreted by the fannish legions—stands for beauty, joy, hope, and Asian pride. In Morocco, Egypt and large tracts of the Islamic world, it stands for rock-solid family values, the inviolability of contracts made for human relationships. In the West (in a small town in Georgia, US, a friend met good Southern Baptists who knew of Preity Zinta), it stands for unbounded passion, for a sovereign energy, about a freedom from the should.

Can these involuntary and contradictory brand appeals for India be harnessed together to build a velvet battering ram for the worldmind? Yes, of course. Don't ask me how. I am just a tourist. One request though. Can we stop defining ourselves by an LA suburb? Can we stop calling our film industry Bollywood? It'll be a start.