Not all their demands are unjust. A studied resolution is a must. 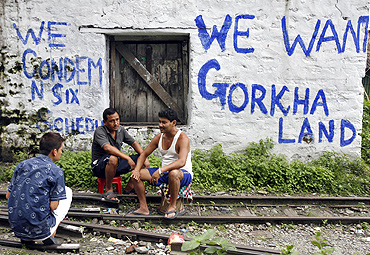 Separated We Will Stand

A few reasons why the Gorkhas are demanding a whole new state...

When Bengal chief minister Buddhadeb Bhattacharya announced at the end of an all-party meeting earlier this week that 'Gorkhaland' was beyond the pale of possibility, was he effectively closing all doors to an amicable resolution? Those demanding a separate state for the Gorkhas believe so. The meet, convened to evolve a consensus among...